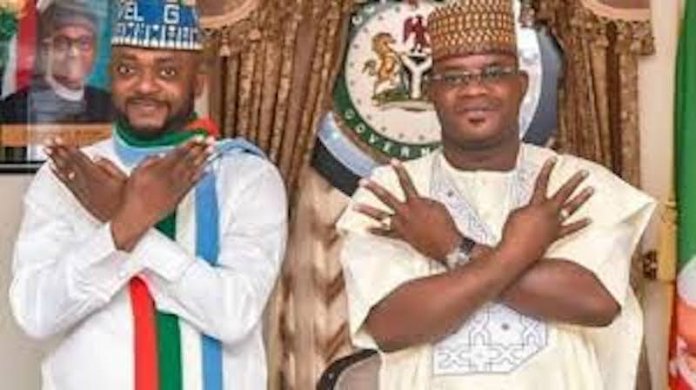 The Kogi Elite Movement for Bello/Onoja reelection has predicted a landslide victory for the All Progressive Congress, (APC) governorship candidate, Alhaji Yahaya Bello and his running mate, Edward Onoja in the November 16 governorship election in the state.

Speaking at a solidarity rally in Okene, Kogi central, Chairperson of the group, Sofiat Umar said the rally was part of several activities mapped out by the group to drum support for the second term ambition of the incumbent, Governor Yahaya Bello.

According to her, Governor Bello has impacted on the citizenry through the provision of critical infrastructures, saying that a second term would enable him to consolidate on this past achievements.

Pointing out some of the achievements of the governor, Umar noted that the governor’s giant stride in securing lives and property is unparalleled in the history of governance in the state.

She noted that as a detribalized leader, Governor Bello has ensured even development of the state in the provision of roads, water, qualitative healthcare delivery and intervention in schools.

Other achievements of the governor according to Umar include; youth and women empowerment, youths inclusion in governance, provision of massive employment through agriculture among others.

She urged the people to come out in their numbers on 16 November to cast their votes for the governor and his deputy, saying that, “one good term deserves another”

Giving more reasons to support the reelection of Governor Bello, Co-chairperson of the group, Mr. Raji Adeiza said, the group had gone round all the zones in the state to canvass support for Governor Yahaya Bello and his running mate Edward Onoja.

On the issue of anticipated violence during the election, Adeiza predicted that, the election would be peaceful without any report of violence anywhere across the state.