The Clerk to the Senate Committee on Special Duties, Kabir Yaba Umar, yesterday evening chased journalists out of the budget defence session the committee had with management of the North East Development Commission and the National Commission for Refugees, Migrants and IDPs.

Umar had earlier in the morning extended invitation to the Senate Press Corps to cover the Committee’s budget defence session with the two Commissions at Senate Committee Room 211 by 2p.m. and 4p.m. respectively.

Reporters from various media organisations got to the venue on schedule and started taking notes before Umar walked up to the reporters and ordered them to leave in the full glare of the Committee Chairman, Senator Yusuf Yusuf, and other  members of the panel.

Members of the Committee who did not contest the Clerk’s order include former Senate Leader, Ali Ndume;  immediate past governor of Borno State, Kashim Shettima; and former governor of Yobe State, Ibrahim Geidam and the Senator representing Adamawa North,  Elisha Abbo. Umar said he was acting on the directive of the Committee chairman to prevent journalists from media organisations except the NTA and the broadcasting unit of the National Assembly, from covering the event.

The Clerk asked the reporters to write whatever they like because he had the right to determine who should be allowed into the budget defence session or otherwise.

His words: “I have already told your colleagues who had been here before you that you guys are not wanted here. I have the directive of the Chairman to do what I’m doing.”

Asked if he was aware that his action could be reported in the media, Umar said, “Go ahead, I don’t care what you write.”

The board and management of NEDC and the Refugee Commission appeared before the Committee to tell Nigerians how they hope to tackle the worsening humanitarian crises and aggravated malnutrition in the insurgency ravaged Northeastern part of the country.

According to him, it was share misrepresentation of fact to say that journalists were not allowed to cover the budget defence sessions going on at the National Assembly.

Lawan, who was reacting to media reports published that the media were shut out of the coverage of the budget defence at the various Senate committees, said “there is no shut out of the press from what we do.”

The Senate President in a statement by his Media Adviser, Ola Awoniyi added that “we need the press to tell Nigerians what we are doing. You (journalists) are our friends. That was a misunderstanding (of what happened),” Lawan said.

He further stated “I want to assure Nigerians that whatever we do in this Senate and indeed in this National Assembly is in the best interest of Nigeria. We will not compromise on anything as far as the national interest is concerned.”

The Senate standing order 2015, as amended states in chapter 8(102) on rules of procedure for committees in general that:

“Each hearing inducted by each committee or sub-committee thereof shall be open to the public except when the committee or sub-committee in open session and with a majority present, determines, by roll call shall vote that all or part of the reminder of that hearing on that day shall be  closed to the public because disclosure of testimony, evidence or other matters to be considered would endanger national security or would violate any law or rule of the Senate.” 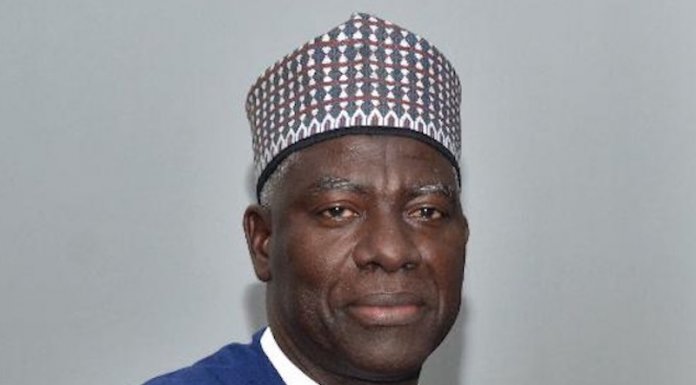