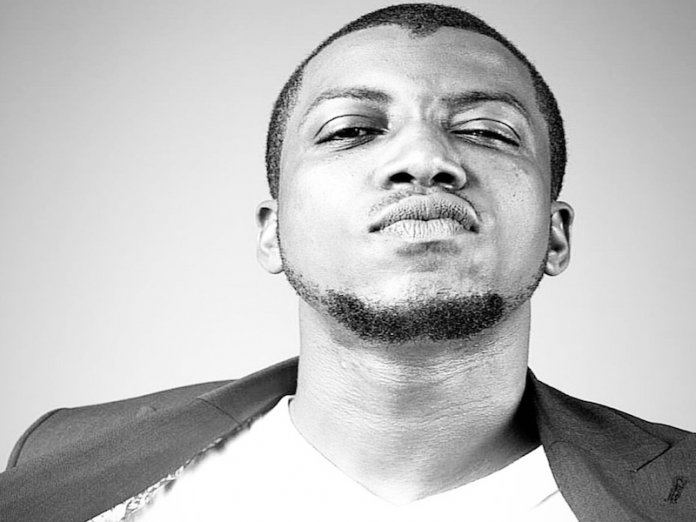 I am Osa, I’m from Edo State and everyone that knows me, knows I’m chilled, I don’t like wahala, I like creating, I love arts. For a long time, Art has been the yardstick for what I have been. I have been the brand manager for the Quick Service Restaurant, Chicken Republic and Butterfield Bread. I have also worked with a couple of advertising firms, about two to three of them. I have been around the world and have been featured on African Voices, on BBC, CNN, Microsoft Global Campaign and so on. I have exhibited in different parts of the world, Accra, Paris, and hopefully, in other parts next year. I just want to be great and do great stuff.

How I come up with my designs

It is pretty interesting how I come up with them, but before I explain this, l’ll just explain the process first. Usually, I think of the next project and if it is required, I look for references and then I make sketches before I start actualising it. However, for this Hennessy design it was different, it was during my birthday and I had this impromptu party in Paris. I had gone to a party and from the party I went directly to work and I couldn’t sleep because I had too much to drink and this particular colour and shape kept flashing in my head. It was the first gig and I didn’t look for references apart from the Hennessy bottle I had in my hands in the hotel room, my sketch pad and my colour palate and I just went on and on. The next day, I had a representation at Hennessy HQ with that same design that went all up in my head, got picked and didn’t even bother to see my other designs. So, the design was just like a onetime thing. I don’t even think I can replicate something like that again because it was a one-time thing, and that is why this design is so close to my heart.

I’m honourhed to create a bottle, which is actually the first in Nigeria. For me, it is a win-win for brand to take a street artist like me to a next level; this level of engagement. It is a win for me and for graffiti artist like me and it is a big deal for me as an artist. In terms of details of elements in the bottle, I used a whole lot of vibrant bright colour which describes us in Nigeria. We are vibrant, we are resilient on how we operate and how we push how crafts to the limit.

Works I have done

Lagos State government commissioned me to create the 13ft by 108ft Eko Tag graffiti by Law school, and for a government to commission me and put that kind of work out is a big deal. The work named “Eko Tag” was in celebration of Lagos at 50. It was commissioned by Lagos State Government, with the support of Lagos State Arts/Culture & Tourism,Terra Kulture and The Guardian. EkoTag was to recount stories of Lagos and how the city has made its people resourceful to a global audience. Just last week, I finished painting a side of a GTBank building and it was about a 70ft canvas by 68ft placed up in the air. There are quite a number of things that people believe cannot be done, but we are trying to set the pace, to make sure that everyone gets inspired to beat their limit.

It has been months of creating, travelling and meetings

I have been interacting with the brand one-on-one and I understand that Hennessy is not just a drink, it is more than a drink, it has been here for a very long time and it has maintained its quality and the same thing they stand for, like their slogan; Never Stop, Never Settle. Similarly, my ethics is based on consistence and persistence. It is an amazing feeling for me and I’m getting used to the feeling now, it is also an opportunity for all artists, because these are doors that are being opened for other people coming in.

For me, it is a good stepping stone out of the normal canvass, it has been hard trying to push graffiti for people to accept and understand as a form of art. I remember around 2013/2014 when I decided to do this full time, people were like we can’t do graffiti, because it is illegal, it is vandalism but now if you go to People3, you will see brands doing graffiti to their space and I smile when I see such, because some years back, nobody wanted to do it but now it is the direction most brands are tilting towards and going towards in the urban space.

I remember when I wanted to go into graffiti, there was little or nothing happening in that space but today you could walk around Lagos and see how beautiful it is and how vibrant the art in the city has made it look. I’m hoping that this project has a ripple effect that can inspire younger artists to be and do more and also open up the graffiti space and the sweet space in Nigeria in general.

There is a giveback project I have planned and that would be in Festac, either late this year or early next year. My team and I make it compulsory that we give back because we have realised that there are places that we go to that people don’t want to get things like this done, and the level we are in right now, is more of creating arts and showing that while doing this, you could actually give back to the society. For instance, we have a social platform called Socially Africa where we go to public primary schools and make arts on their school walls, we interact with them, teach them cleanliness, take them on spelling bees and sometimes we get professionals in different fields to teach the kids.

For the Festac project, we are redoing the whole basketball court, we are painting the floor of the courts, we are changing the rims, we are going to put great art around because that was where I grew up and I felt like it has deteriorated and I felt like someone should take it up, and that was what I did.

I have no role models

I just have people I look up like King Aladdin, Shepard Fairey and a couple of others. They are more foreign guys because we are not really known for this; these are the people I have been following, especially King Aladdin.