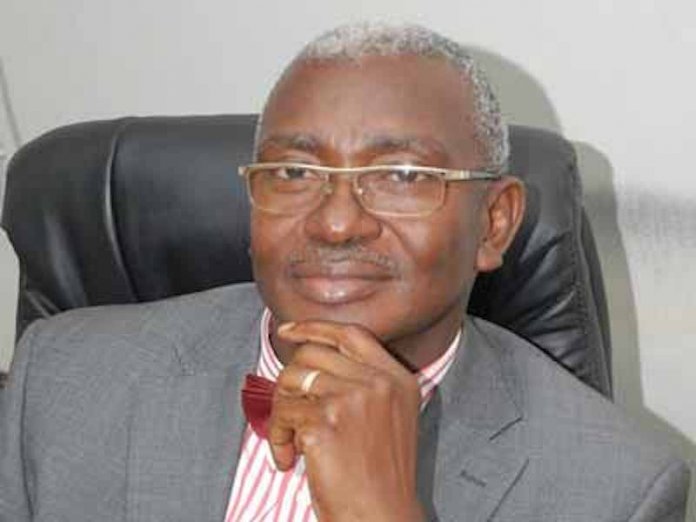 Former Editor of The Guardian, Abraham Ogbodo, has stated that good leadership was not about decreeing equality across different segments of society, but one that engenders conditions for happiness among peoples of diverse orientations and inclinations.

Ogbodo identified honesty, intelligence, courage, fair-mindedness, firmness, selflessness, vision, diligence and generosity as some of the true characteristics of good leadership, adding that “the element that ensures peace and happiness is justice and not draconian laws.”

He also advocated for the rejection of all forms of class discriminations and the enthronement of equality among all the peoples of the world as a way preserving the diversities that make for a balanced ecosystem.

Ogbodo made these remarks when he presented the keynote address at the investiture of Rotarian Julius Abuda as the fourth President of Rotary Club of Abijo, Ibeju-Lekki on Saturday, October 19.

He pointed out that the inter-dependency of the human spirit in value creation was one of the conditions that made life more livable.

Ogbodo blamed the challenge of progress in leadership on prevalent tendencies by people to resist the natural call to be good to one another and to the society.

He said: “When goodness is resisted, leadership becomes an unending learning curve and as a consequence, leadership theories are being constantly invented and reinvented to explain issues that do not require explanation.”

He also decried the feeling of hopelessness in the country. “Today, there is despondency in the land because people who had held so much promise for a better society have turned out to be mere pretenders to the throne of accountability because of low spirituality.

“Activists, public intellectuals and social crusaders of yesteryears were indeed hustlers jostling for a slice of the public treasury through participation in government. Now in government and like chameleons, they have assumed the colour of their filthy environment in order to remain comfortable and safe.

“There are professors of law and Senior Advocates of Nigeria (SANs), for instance, who are all too ready to descend into needless pedantry and intellectual gangsterism to offer curious interpretations of the law to suit very narrow and skewed interests,” Ogbodo said.

He called on those in positions of leadership to be conscious of the positive legacies they would bequeath on the society rather than focusing on their selfish interests. “We see leadership in our part of the world as an opportunity to mount high grounds and grandstand. It is hardly about service to the people and that is because by deliberate acts of omission and commission, we have established for ourselves a system that thrives on negative values,” he said.

He however urged Nigerians to be innovative to create the economic planks that would improve the entire society and not to rely solely on prayers that were not matched with hard works. “The universe, either from the perspective of creation or evolution, is well designed and scientific. Nothing is haphazard or entirely gratuitous. If you work, you get rewards. If you work and pray, you get more rewards, but if you pray alone without work, the God of justice shall surely dispense justice,” he stated.