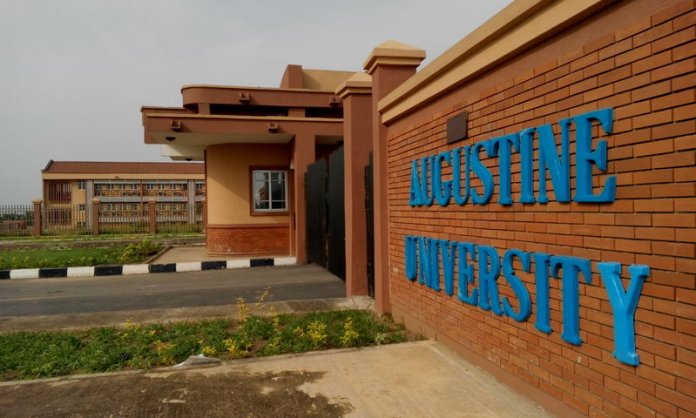 A total of seven first class graduands and 25 others are set to make record as pioneer graduates of Augustine University, Ilara Epe, Lagos, of the Catholic Mission in Nigeria, during its first convocation tomorrow.

This was disclosed by the Vice- Chancellor, Professor Steve Afolami at a press conference to commence the convocation ceremony at the institution’s senate chamber on Monday.

The university’s take off was approved on March 25, 2015 by the National Universities Commission (NUC), while academic activities commenced in November 2015.

According to Afolami, the institution, which took off with 54 students will now be graduating seven first class students; 13 students in second class upper category; 11 in second class lower division and just one students in third class category.
“The students went through rigorous teaching and counselling with total concentration on giving greater highlight on students as a kind of diligence by the management.”

He said in its bid to present the students for leadership roles in the nearest future in Nigeria and the global scene, the university developed additional eight general study courses to be presented to the NUC.

“We want to present these courses to the NUC for screening and select as part of the prescribed general courses studies for other universities in Nigeria.

“There are general studies courses prescribed by NUC as basic minimum, what we have now is to add one unit every semester to that basic minimum using these courses that we have listed over the last four years as a way to further develop the child to in-depth studies that will make them to appreciate their society the more.

“The general courses will make them better persons and have a deep knowledge of what it takes to love goodness. And we believe that anything that will make younger Nigerians better should be well done.”