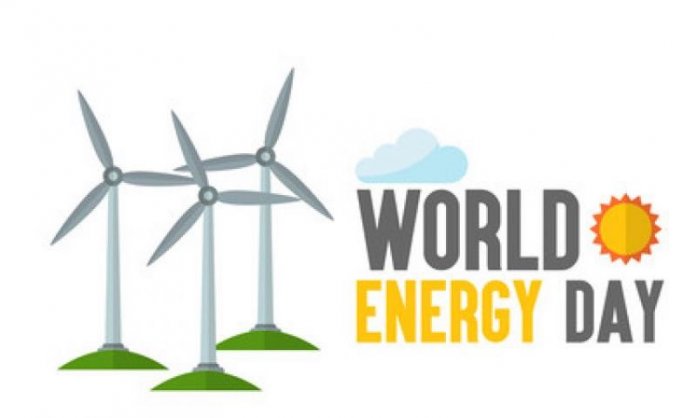 On the occasion of the World Energy Day (WED) celebration, Chineme Okafor, examines the nexus between Nigeria’s use of its energy resources and its economic development

The WED is observed yearly on October 22nd to raise awareness of global energy-related issues. As an annual practice, it was reportedly first proclaimed on July 22, at the World Energy Forum 2012.

Celebrated internationally to raise awareness of the need to rally around the creation and implementation of policies that increase energy efficiency and conserve natural resources, the WED has always aimed to demonstrate the impact of energy choices made by countries and individuals with regards to production and use on the environment at large.

But as the world marks the day, Nigeria has yet from existing records truly developed viable means of supplying energy adequately to its people and economy.
This, from the perspectives of experts leaves a lot of questions on it hopes to drive her development plans further.

Energy supply in Nigeria
Currently relying on imported petroleum products as well as a meagre volume of electricity from the national grid to run its economy, Nigeria by key global standards has remained poor in its energy production and supply.
For example, the World Bank in its 2018 proposal to support the country to grow its electricity sector, stated that data from its 2014 Nigeria World Bank Enterprise Survey showed that provision of electricity supply remained the biggest constraint to doing business in Nigeria.

The Bank noted that electricity supply was the most significant obstacle in all regions of the country except the north-west, adding that younger firms, exporters, and manufacturers operating in Nigeria were most likely to identify provision of electricity as the biggest obstacle.

It equally indicated that having reliable electricity supply was consistently associated with higher levels of productivity, but among households in Nigeria, electricity access was still limited with a large variation across the regions of the country.

Looking deeper into the country’s current energy situation and with regards to electricity supply, Nigeria’s power supply has remained on a steady decline over the last three months of July, August and September with average daily supply from the national grid to homes and offices in the country falling to 3473 megawatts (MW) in September.

Data on this which THISDAY obtained from the Advisory Power Team in the Office of the Vice President, Prof. Yemi Osinbajo, disclosed that in July, average daily supply to Nigerians was 3676MW, which subsequently dropped to 3526MW in August, and further down to 3473MW in September.

The production records which came when operators in the country’s power sector intensely engaged in various forms of fight over their condition of operations, showed that between July and September, the average daily power generation and distribution from the country’s national grid was 3557MW.

Osinbajo’s office also noted that within the period, the average volume of constrained electricity – that is electricity that could not get to homes and offices dues to various challenges such as low gas supply; unavailability of transmission and distribution infrastructure; as well as water management challenges, was 4013MW.

It explained that in July, the volume of constrained power was 3872MW. This however rose to 4020MW in August and further to 4147MW in September, as a result of which N57.619 billion; N59.820 billion and N59.714 billion were respectively not earned by the sector within the three-month period.

For example, on July 1, it observed that the available volume of power to the grid was 3526Mw which rose to 3830MW on July 10 but subsequently down to 3645MW before closing the month on a 3750MW generation level.

However, within this period, the country witnessed the electricity distribution companies (Discos) consistently quarreled with the Transmission Company of Nigeria (TCN) over alleged mismanagement of electricity loads, with the TCN accusing the Discos of rejecting loads allocated to them because they lacked the capacity to distribute as much electricity as possibly generated to the grid by the power generation companies (Gencos).

The Gencos equally clashed with the Nigerian Bulk Electricity Trading Company Plc (NBET), and alleged the agency unilaterally imposed a 0.75 per cent levy on them as administrative charges for paying their gas invoices.
The Gencos claimed the NBET had also made efforts to takeover payment of their gas invoices as a condition for them to benefit from a new N600 billion intervention package from the federal government, while their monthly earnings for power produced for the grid further dwindled.

Experts worried over situation
The Nigerian Association of Energy Economics (NAEE) said it would within the WED highlight the impacts of poor energy supplies to the economy of the country.

The NAEE which is an affiliate of the International Association for Energy Economics (IAEE) with a presence in over 70 countries all over the world, explained that it was important for Nigeria to consider the place of energy planning in its energy production and supply matrix.

Its president, Prof. Yinka Omorogbe, stated in an interaction with THISDAY that the WED presents the association an opportunity to get Nigerians and its policy makers talking about ways to sustainably harness the country’s numerous energy sources.
“This year I am interested in promoting and amplifying the discourse on energy in Nigeria, and why we must have it, all of us, not just the urban dwellers or industries, but also the rural dweller.

“People in Nigeria don’t realise that practically every development issue can be traced to a lack of modem energy. You can’t get good teachers into village schools if these villages have no electricity or modern water systems driven by energy. You can’t have basic health without energy. Medicines need to be kept at certain temperatures,” said Omorogbe.
She further explained that: “Infant and maternal health suffer- imagine falling into labour at night and the nurse or doctor having taken delivery using a kerosene lamp?

“Do you know that kerosene is incredibly expensive and yet that’s what rural and urban poor are forced to use? Do you know that kerosene and firewood kill hundreds of thousands of people, mainly women and children, every year?”
According to Omorogbe, Nigeria has failed to comprehensively develop her numerous energy sources, thus leaving lots of her population without access to healthy energy sources. She indicated that this was a poor developmental practice that needs to change.

“We are using little or no modern energy for our use, whether fossil fuels, solar, or wind. At the same time our poor are existing on biomass and cutting down trees for their energy and thereby depleting carbon sinks.
“We who are energy poor need to unlock sustainable energy now more than ever. Climate change issues are real. We have to grow, all of us. The only way is through sustainable energy,” she added.

Going further, Omorogbe stated that: “I am not saying no fossil fuels. For Nigeria we need to harness our petroleum for our own good and expand. It should be first for our development, and secondarily as a source of revenue. We need to utilise our renewables – hydro, solar, wind, especially for off grid communities.

“We need to think and act strategically, with an eye to the future. The Gulf producers are all doing that. We need to stop the shame of being both a major producer of crude oil and a major importer of refined products. We should be a hub for the West African region at least.”

Omorogbe, also indicated that the conversation on sustainable energy would be on for as long as climate change issues remain, adding, “what we are presently doing isn’t sustainable.”
She insisted that: “Growing energy use for all in Nigeria and reducing the burden on the environment has to be our goal. Energy planning is vital for this to be a reality. Using technology strategically is also important but then we do not do research.”