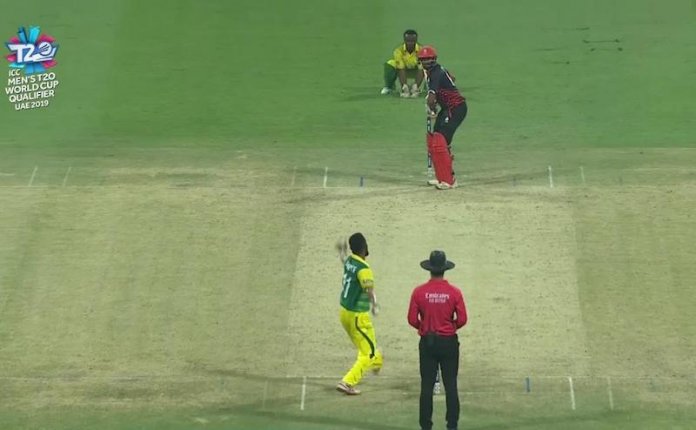 The North American side after winning the toss elected to bat first with the quartet of Nitish Kumar top scoring with 57 runs off 36 balls to win the Player of the Match, Hamza Rafiq 33 runs off 16 balls while Rodrigo Thomas (18) and Captain Navneet Dhaliwal added 12 runs to post 159 runs for the loss of 7 wickets in 20 overs.

Nigeria in the second innings had a rocky start with Daniel Ajekun and Oyede Leke opening batsmen both combining to score 2 runs courtesy of fire power bowling from Dillon Heyliger who eventually finished with 3 wickets for 16 runs in 4 overs.

Despite some fight back from former Captain Chimezie Onwuzulike who had 39 runs off 31 balls and Sulaimon Runsewe’s 27 runs it was not adequate as the “Yellow Greens” ended up on 109 runs.

The Ademola Onikoyi led side who are making their debut at this tournament after two matches are last in Group B with Canada, United Arab Emirates (Host) and Ireland topping in that order while Papa New Guinea, Netherlands and Scotland the top three teams in Group A.

Nigeria would be hoping to record her 1st win at the competition when they go to battle on Wednesday against Oman who are currently ranked fourth in Group B.