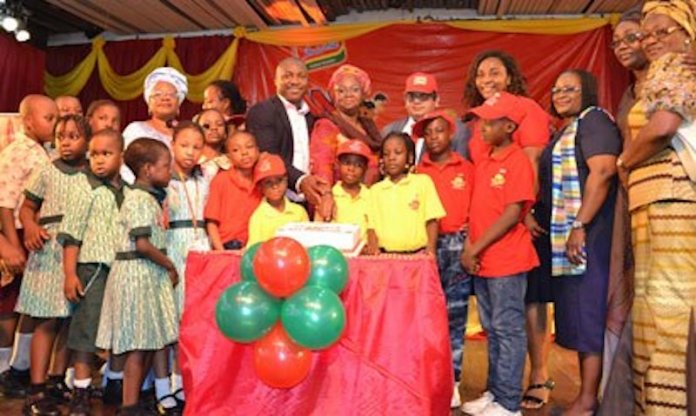 With the emergence of this year’s set of winners, a total of 42 winners have now been rewarded over the 12 year existence of the initiative.

The award which was in three categories: Physical, Social and Intellectual Bravery categories, saw 13-year-old Yahaya Zaki from Sokoto State, who risked his life entering into a well to save a young girl who had slipped and fell inside, claiming the Physical bravery category.

The third winner, Kanyeyachukwu Tagbo-Okeke, is an autistic artist who helped other autistic kids by raising awareness about autism. Kanye, a nine-year-old who lives in Maitama, Abuja also won the sum of N1 million scholarship award in the social bravery category.

Limited in verbal skills, Kanye was diagnosed with autism at three and a half years but was noticed to be exceptional in art. According to the mother, they noticed that Kanye started drawing on walls and any surface he could find; he was then subsequently enrolled in an art class.  He was able to communicate with his painting as his emotions are reflected in his works.

Last year, he was given the Flame of Peace International award for outstanding work in art by the Arch-Duke and Arch-Duchess of Austria in Vienna, becoming the youngest awardee ever. He was also made a fellow – the youngest one ever – of the Association, because of his outstanding work.