Victor C. Ariole argues that University of Lagos has in place checks against abuse

Quid pro quo is somehow used in French as awkward phenomenon or a mismatch of input and end result like one always notice in some policies in Nigeria designed to have a great positive impact but end up disappointing. However in hearing it as the impeachment inquiry process was started in USA it clearly sounded like one compromising his or her position of trust and in effect as lawyers say, a breach of fiduciary duties.

In deed any intent of sex-for-grade in any university that worth the name must be seen as institutional compromise or the abuse of power conferred on that institution to award degrees in character and learning. A brand name is at stake and members of that institution must wake up to their responsibility to defend their image and it goes very much with internal processes to nip in the bud such explosive issues especially that universities worldwide are competing to gain reputation for either winning research grants or attracting international students and exchange programmes.

Every member of an institution owes that institution a fiduciary duty and makes sure their personal interest is not in conflict with that of the institution and such interest must be well defined and made known to the individual at the time of engagement.

So, no matter who is in position of authority in that institution every member must contribute their quota to make that institution a success; more so that a university is always, collectively, owned for the propagation of knowledge and development of minds for ever changing world. Even the so-called private universities are also subjected to collective accreditation as stakeholders are beyond the so-called proprietor. Hence for any university the internal mechanism to keep excesses in check by any member is not in doubt.

One has served as external examiner in almost six universities in Nigeria and it is unmistaken to state that UNILAG could boast of being the most diversified in terms of gender, federal spread and foreign students. The latter is basically where most Nigerian universities lag behind due, basically, to external propaganda on insecurity.

If not for such issues some of the first generation and second generation of federal universities ought to rank among the first hundred in the world as their products are seen teaching in some big universities abroad. And lack of that diversity as it relates to foreign students and foreign lecturers create problem of universal best practice issues. Personally as a student I was taught in Nigeria by many foreigners – French, American, German, Swiss, Ghanaian, and Indian amidst Nigerians. And they all sat as examination board members of faculty to determine the validity of results deposed by a lecturer. Even if a university decides to be highly nationalistic like it is in Iran and Cuba, it ought to work harder than others to project a better image of itself through its products seen outside, like people talk about Cuban doctors outside Cuba.

It should also be in character and in learning. It is rare to hear about character smear of Cuban doctors seen in most of African and south American spaces. In all the character side of a given license or degree to go out and serve humanity with all the confidence that you went through university and university went through you matters. It is also where tolerance for diversity comes in as you go through disciplines that have almost the same contents like musical keys.

Characters can never be seen as good if not tested; and in any environment where the two sexes exist, sexual harassment cannot be said to be unimaginable; it can only be checked so as not to make humans look like robots. However, for great ethical reasons sex-for-grade could be rendered inexistent nay unimaginable if assessment processes respect artificial intelligence process or 50/50 human and AI process.

Conferring a degree that carries the tag of ‘honours’, there must be rigorous process to the end outcome. No university worth its salt should take that with levity and it must not be at the discretion of one person; that was why when the Nigerian Military, during their rules, appointed sole administrators in the universities there was no degree awarded till that condition was reversed. Remember General Kontagora as Sole Administrator of ABU and Prof Shehu as Sole Administrator of UNN, and so on. It was a quid pro quo phenomenon, corrupt in itself as to negate any degree signed by such people. It applies to claiming that only one lecturer decides the grades a student gets.

It is the same as stating that a private bill tabled on the floor of a National Assembly sailed through all stages without the input of committees or the members of the Assembly.
Examination of courses in a university could be by one or more lecturers depending on the value or credit units attached to that course. I am not saying that some bogus institutions claiming to be universities are not in breach. Even when a lecturer is the sole examiner, a chief examiner is there to vet the result before even submitting it to a larger assembly of faculty members who decide whether it is valid or not.

Note that as they see the entire performance of each student made available on a broad sheet / excel sheet, exceptionalities or absurdities could be seen to call for questioning before final approval which makes any result the collective agreement of the members of Senate hence quite absurd to propagate a hashtag sex-for-grade. It is a collective agreement hence not one person’s burden notwithstanding any intent of sexual harassment. It still remains an institutional quid pro quo if no oversight function is brought to bear on the final outcome of inputs of raw scores.

Recently some Nigerian universities had noticed that results that came out of immersion programmes in China see almost all the students scoring 70% and above and they seem to be concerned about it. The results are always revisited to suit the right measurement tools as obtainable in Nigeria. It is like evaluating what is large size in America and what it is in China.

It is also the same thing one observed in an interview granted by a former vice chancellor who said that during his student days abroad he scored 70% in a semester and he was called to be warned that if he continued like, he had better be ready to drop from the university and it shocked him. It should be about 45 years ago or thereabout given the age of the vice chancellor. He was expected to score 80% to prove a good student. In effect as are now tagged in foreign institutions as A or A* or A** to show good, better, best students and in Nigeria no one is grasping the intent of such scores. In some places where education is valued, coming to classes and contributing enough could earn the student 50% so as to de-emphasise examination and such participation and attendance are at the glare of fellow students so as not to be seen as biased or applying sex-for-grade measurement tool.

In effect UNILAG has a robust system of checking result inputs and no fewer than six lectures had been sent packing in the past six years for trying to breach that process and they did not contest their sack to the best of my knowledge; hence sex-for-grade could be an unfair smear on UNILAG. Harassment is human and could be punishable but sex-for-grade is a quid pro quo that could not be levelled against an individual outside the gates of a true university.
Ariole is a Professor of French and Francophone Studies, 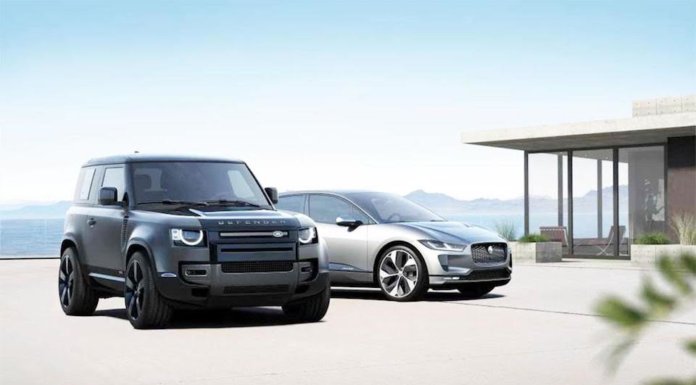