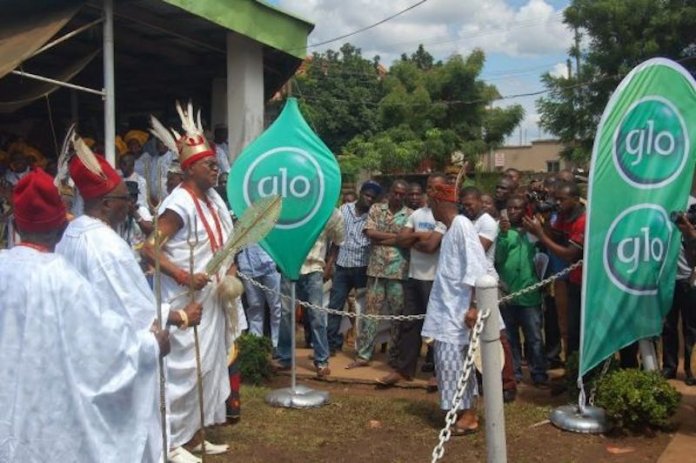 Globacom has empowered five indigenes of Onitsha with five brand new tricycles, which is popularly known as Keke, to mark the successful celebration of the traditional Ofala Festival of Onitsha town in Anambra State.

The beneficiaries of the keke were Ekpechi Henry, Okey Eneh, Ifeanyi Deluo Ike, Emeka Henry Chidi and Mofunanya Onochie. They were selected at a live draw held at the Onitsha Ime Obi arena, which was observed by the Obi of Onitsha, Igwe Agbogidi Nnaemeka Achebe, alongside his palace chiefs and other dignitaries.

Another five indigenes of the Onitsha had won LED TV sets at an earlier consolation prize draws that were done electronically. Three of the five, Ebirim Akunna Cynthia, Ikechukwu Mmadular and Ogbunando Adaeze, were present at the arena to receive their prizes.

The live draws for the keke via lucky dip were drawn by the wife of the Obi of Onitsha, Igwenwanyi Achebe; the Onowu of Onitsha, Chief Joseph Okey Ononye; the 2019 Azu Ofala Special Guest of Honour, Hon. Zik Obi, and two other guests, Sir Chike Onyejekwe and Mrs. Ugodibeze Melumwa Obodoejina.

The age grades and winners of the Youth Carnival floats will be presented with their cash prizes and the accompanying trophies at the Ofala Royal Banquet, which would be organized by Globacom in honour of the Onitsha monarch, on Monday at Dolly Hills Hotels, Onitsha.

One of the keke winners, Henry, was full of thanks to Globacom “for this wonderful gift because it is not everyone that promises that can deliver”.

“This is one of the wonderful things one can get. Globacom has demonstrated again that it cares and loves the people. I participated a couple of times and I am happy to show it to everybody that the Glo Ofala raffle is real,” he enthused.

On her part, Cynthia, a graduate of Computer Science, Imo State Polytechnic, Umuagwo, who won a TV set, said: “It is simply unbelievable and all my doubts are over since I received the call that I won a TV set. God bless Globacom richly.”

Globacom has been the main corporate sponsors of the Onitsha Ofala Festival since 2011. The company has over the last nine years of its sponsorship of the festival, introduced many innovations in the celebrations. It has also promoted the age grade competitions and the youth carnival floats to a spectacular level.