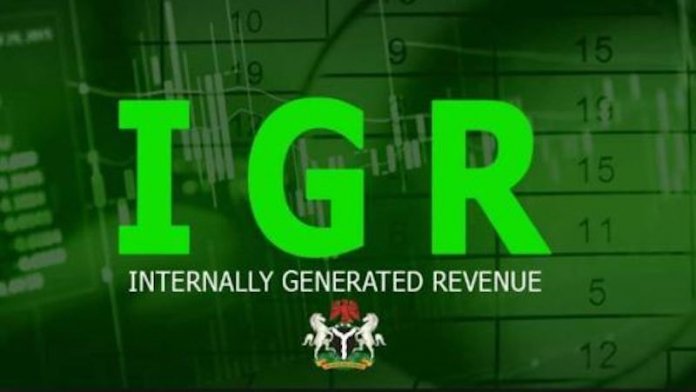 Stringent policies and an unfriendly business environment inhibit the attraction of new investors. To a large extent, they drive away existing and potential investors from doing businesses. That was the practice in the last eight years of the immediate past administration in Ogun state.

Doing away with sentiments and harnessing the abundant resources at the disposal of the state government, culminating into increasing the Internally Generated Revenue (IGR) base, the Prince Dapo Abiodun-led administration is passionate about engendering and fostering good governance for the people.

With the vision, “To create focused and qualitative governance, while creating an environment for Public-Private Partnership (PPP) to thrive; as fundamental to the creation of an enduring economic development and individual prosperity for the good people of Ogun state”, is anchored on fostering a conducive environment and a level-playing ground for businesses to thrive. The Ogun State Governor, Prince Dapo Abiodun, MFR, shortly after, upon his assumption of office, met with critical stakeholders at Park Inn Hotel, Abeokuta, the state capital, under the banner, “Ogun State Governor’s Dialogue With Business Executives”, organised by the Ministry of Commerce and Industry. He seized the occasion to reiterate the administration’s commitment, resolve and readiness to partner with investors for their businesses to thrive.

While inundated with various infractions and sharp practices of the immediate past administration, the governor, at the 34th Annual General Meeting (AGM) of the Manufacturers Association of Nigeria (MAN), Ogun State chapter, held recently in Abeokuta, averred that the administration is poised to reverse the unwholesome trend and create a friendly business environment.

In his paper, “The Manufacturing Sector: an Integral Part of Making Ogun State the Industrial Hub of Nigeria”, Abiodun said that the administration has put in place mechanisms for a transparent and accountable revenue collection system to halt multiple taxation, while increasing capital expenditure on infrastructural development, including roads, energy and information technology.

He added that the Ogun State Investment Promotion Agency (OGSIPA) will be a one-stop-shop which will help investors to settle down easily without having to go through multiple windows.
The governor stated that state remains the first choice for investors in the country, while he promised that his administration is consciously working to retain that status.

According to him, the state with its rich human and natural endowment can not be compared with any other state, in terms of access to land, seaport and availability of arable land.

Abiodun, who was represented by his deputy, Engr. Noimot Salako-Oyedele, implored foreign investors to take advantage of the one-stop arrangement created by the recently passed Ogun State Investment Promotion Law.
“Our State remains the best place for investors to open business. Besides our natural geographical location as Gateway State to Nigeria, we share borders with four other states and we share international borders with Benin Republic, which is a window to the West African sub-region,” the governor said.

He said that, although, Ogun state is benefitting from some of the natural factors, including its proximity to Lagos, which ranks as the fifth largest economy in Africa, his government is also making the environment conducive for businesses to operate.

“So, we are very investor friendly. We are putting reforms in place to ensure that we are even more investor friendly. We are trying to ensure that we become number one in the ease of doing business in this country and it is incontrovertible that we house the largest number of industries in the country.
“Our administration is committed to making Ogun State a truly investors’ first choice destination not only in Nigeria, but in the Sub-Saharan Africa.

“As Ogun State continued to experience influx of companies, we have deliberately considered the interest of our investors and make it an integral part of our master-plan. We have put in place measures as the foundation to drive key policies in our Public-Private Sector Partnership strategy, and we are already recording positive results.
“We are consciously improving the State’s ranking on the local and global ease of doing business index so as to promote and encourage local and foreign direct investment in the State.”
However, the governor informed the investors that the government is already working to ensure improvements in public infrastructures across the state.

Meanwhile, the Organised Private Sector (OPS) under the aegis of the Manufacturers Association of Nigeria (MAN), urged the governor to urgently reverse what they described as the “unfriendly” business policies of the immediate past administration of Senator Ibikunle Amosun.

According to the State Chairman of the Association, Mr. Saleem Adegunwa, he implored the state government to step up measures that would enhance the ease of doing business in the state.

He lamented that the operating environment in the state during the period was very challenging due to the unfriendly business policies of the immediate past administration. He lamented the payment of water abstraction/borehole charges to the state Ministry of Environment, which according to him, ranged from N2 million to N450 million on a yearly basis and also, arbitrary imposition of fines and charges, among others, under the last administration.

“The business environment in Ogun State in 2018 was challenging and reached its peak, as it was wrought with various infrastructural and regulatory issues. There were series of threats and actual cases of arbitrary imposition of fines and sealing up of factories of manufacturers without following due process or obtaining requisite court orders,” he said.

However, Adegunwa advocated the discontinuation of the proposed bill to make Corporate Social Responsibility (CSR) mandatory for firms operating in Ogun, saying that “CSR is by nature voluntary and an imposition of same is unethical and goes against the principle of CSR.
Besides, he called for reconstruction and renovation of major industrial roads within the state, while the ongoing palliative measure should be stepped up.

The MAN chairman, however, emphasised that “every business is eagerly waiting and seeking for an improvement in the business climate in the state and added that such situations would enhance their production capacity and ability to contribute meaningfully to the growth of the state.

Among other reform initiatives of the ease of doing business which are aimed at reducing bureaucratic bottlenecks and fostering a conducive thriving business environment, include the establishment of the Ogun State Enterprise Development Agency (OGEDA) to strengthen Small and Medium Scale Enterprises (SMEs) and boost their capacities; the setting up of the Ogun State Investment Promotion Agency (OGSIPA) to provide a one-stop shop and eliminate unnecessary delays in processing necessary documents; the setting up of the Public-Private Partnership (PPP) bill to ensure that the state has a transparent and accessible template; provision of adequate security through the recently relaunched Ogun State Security Trust Fund; digitalization to enable the state make use of the Information, Communication and Technology (ICT) in its education institutions; proposed setting up of the Local Content Development Agency; and the proposed establishment of a “Business Advisory Council”. The council, it is to be charged with the responsibility of monitoring and evaluating the framework of the Administration’s Agenda. Also, it is to consider the fundamental for the creation of an enduring economic development and individual prosperity of the people of the state.

Others include the signing into laws, the Ogun State Investment Promotion Agency; Ogun State Security Trust Fund; and the Ogun State Public Work Agency (OGPWA).
Recently, as added pivots for promoting sustainable business growth and development, the Ministry of Commerce and Industry, in collaboration with the Small and Medium Enterprise
Development Agency of Nigeria (SMEDAN) organised Capacity Building for Micro Small and Medium entrepreneurs in the state.

The event, as put together by the Ministry, according to the Consultant to the Governor on Commerce and Industry, Miss Sola Arobieke, aimed at identifying areas of deficiency in entrepreneurial development and filling such gaps.
She stated that the pilot edition of the capacity training held on 12th and 18th of September, 2019 at the Ministry’s Conference hall, with a total number of one hundred and fifty nine (159) participants in attendance, delved on contemporary topical issues as presented by resource persons.

Chiefly, on “Business Leadership”, the training as facilitated by Mrs. Bukola Smith, noted that running a business successfully means having effective leaders who both manage operations and inspire employees to achieve their best results. She stressed that understanding the importance of growing a business would
outlive the business owner and how best to optimize and maximize business
resources.
Another discussant, Mrs Yomi Badejo-Okusanya, while speaking on “Building Brand Reputation”, trained the participants on how to brand their products and services in a way that social circles will have a positive reflections of their brands.

She said feedback collection and continuous improvement would also strengthen the products and services to the core.
Also, in his paper, a facilitator, Mr Bunmi Kole-Dawodu, while speaking on “Business Idea Generation”, stressed that having a mission and vision is the first step in generating a business idea.
According to him, it is very important for start-ups to get the right information and be sensitive to the needs of their environment in order to turn ideas to opportunities.

Conclusively, the events afforded the stakeholders an avenue to bring to the front burner major challenges confronting them, while Arobieke, seized the occasion to assure that the engagement was one of the proactive approaches to creating systemic feedback platform that would guide in policy reform initiatives of the current administration in line with the governor’s mission of “Building our future together”.

Ogbonnikan is a Media Consultant to the Ogun State Governor, Prince Dapo Abiodun