The Peoples Democratic Party (PDP) has described as unacceptable Governor Abubakar Sani Bello’s nominees as members of the state executive council, saying the governor had previously described them as failures.

Reacting to the list sent to the state House of Assembly for screening and approval last week “and almost five months after Governor Abubakar Sani Bello’s inauguration,” the PDP said: “It is worried that the names of the same ‘failed’ characters are nominees in the recently released commissioners. This clearly is a case of ‘no step forward and 20 steps backwards for our dear state’.”

A statement signed by the state chairman of the party, Alhaji Tanko Beji, also described the commissioners nominees as people of “below the average men and women in performance in their first term”.

“The PDP is most appalled that the same men and women who superintended over the construction of a N2B billion wasteful fence around the Government House, N3 billion on ‘maintenance’ of the N1.7 billion (built and equipped by Babangida of PDP) brand new Jummai Babangida Aliyu Neonatal Hospital Extension Minna, wasted N4.7 bn for the damaged Minna – Abuja, Tegina- Birnin Gwari road maintenance, wasteful investment summit that yielded zero investment but cost the state hundreds of millions have found their ways into the list,” he said.

Beji said the PDP can “recall with pains that the governor has wasted millions of naira and useful man hours and time travelling up and down within and without, signing all types of MoU running into hundreds without even one executed.

“The promised and failed power plants comes to mind, MoU with broad -based communication to train 500 youths, MoU with Dangote Sugar, MoU with Hungarian investor, MoU with Vyonarc Dev. Ltd, MoU with Roche, MoU with Bill and Melinda Gates, MoU with FGN on Zungeru water, UN- Habitat agreement, Fish MoU with All State’s investment Ltd, MoU with USADF and many more numerous to mention are some of the unaccomplished projects by the APC led government”.

According to him, “The PDP cannot in anyway understand that men and women who claim after screening, upon screening of the civil servants and paying several billions of naira from the Finance Ministry as salaries has now come up with a tactic to frustrate the implementation of minimum wage of N30,000 by claiming discovery of 1,000 ghost workers and rewarding some who drew up the delay tactic with commissionership positions.

“This is a tactic not to pay the new minimum wage as the PDP is very much aware that the state government’s finances are in a dangerous red, all resources both from federation allocation and internally generated revenues have been wasted on a few proxy companies with close links to people in government and or people related to people in government for doing nothing.”

The PDP chieftain recalled that “with half of what APC administration under Governor Abubakar Sani Bello has so far received, the PDP administration built IBB University, the Shiroro bridge, three brand new General Hospitals in Gulu, Nasko and Sabon Wuse, several dualization of roads within Minna, Bida, Kontagora and 10 kilometre roads in each LGA of the state”. 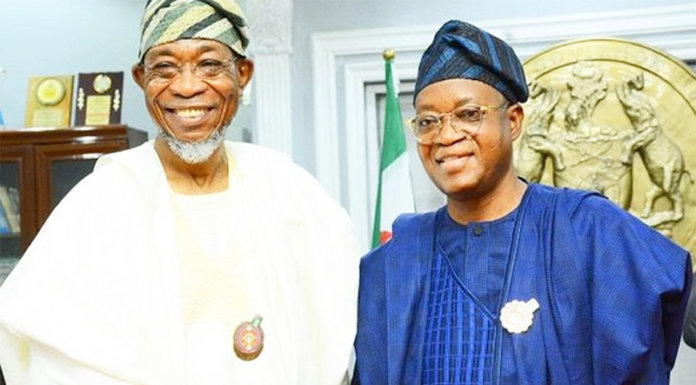