The Senate wednesday began debate on the 2020 budget estimates with senators divided over the viability of the N10.33 trillion Appropriation Bill presented to the National Assembly by President Muhammadu Buhari.

The debate of the budget proposal began at 11a.m. and lasted till about 3 p.m. with many senators across party lines describing the budget as lacking focus, while others said the fiscal proposal was not sustainable because it was based on taxation.
No fewer than 16 senators spoke yesterday and they expressed divergent views on it.

Leading the debate, Senate Leader, Senator Yahaya Abdullahi, highlighted the principles of the budget to include projected Gross Domestic Product (GDP) growth rate at 2.93 per cent; crude oil prices at $57 per barrel; planned borrowing of N1.70 trillion and N2.45 trillion to service debt.

Abdullahi picked holes in the fundamentals of the budget, saying capital budget of N2.14 trillion to GDP ratio was rather too small.
According to him, the injection of this amount is a mere drop in the ocean and is incapable of stimulating the economy to higher growth, wealth creation and employment generation.

He said that the nation’s problem was due to the fact that for over 40 years the nation had been operating an economy based on expected revenue from oil.

“This has led to underperformance and most recently, recession. When we realised that we must diversify, we refused to also accept the fact that we have to change our approach to planning, revenue generation, and budgeting,” he added.

Abdullahi also expressed concern about the projected economic growth rate of 2.93 per cent for a population of nearly 200 million, saying the GDP projection is only marginally above population growth rate at 2.6 per cent annually.

He stated that the country’s dependence on crude oil exports did not present a bright scenario for Nigeria’s healthy growth.

The Senate leader said: “The projections of increased oil production averaging 2.18 million barrels per day, in the medium term, are subject to very high risks that have had devastating consequences in recent times. Volatility, both at the international spot market and in the Niger Delta, is a factor that could make these expectations only tentative.

“The borrowing programme, projected at N1.7 trillion, on 60:40 ratio (domestic: external) could be a good starting point. But there are lots of foreign loan sources with reasonable concessionary terms that government should explore to further whittle down the ratio, say to 30:70, in favour of external sources.

“Relating directly to the above is the case of debt servicing burden. The logic is self-evident that seeking cheap funds abroad will reduce the burden of borrowing to repay huge domestic debts. This could undermine growth by denying the real sector access to cheap domestic loans. As it stands, the cost of domestic borrowing is becoming too high.”

According to him, the continued pursuit of restrictive monetary policy of the Central Bank of Nigeria (CBN) in the face of a clear economic necessity to reflate the economy, particularly by ensuring cheap money to power the real sector of the economy, is still baffling.

“I have, on the floor of this chamber, repeatedly called for the realignment of the country’s monetary and fiscal policies to ensure the right structural momentum in the economy,” he said.

On the projected N2.46 trillion capital expenditure, he described it as paltry, adding that the pace of funds released to the Ministries, Departments and Agencies (MDAs) in the 2019 budget is contrary to efforts to strengthen the country’s full recovery from recent recession.

“The projected high deficit of N2.18 trillion for 2020 is a direct function of the economy-wide revenue shortfalls, as well as the choice and cost of borrowing. Government, particularly the collecting agencies, must improve on their collection capacity. But to do this, there must be robust investments in the real sector so that it could grow to earn taxable revenues.

“Debt service as a percentage of capital expenditure is still high. Debt service as a percentage of revenue should be diminishing, only if we dedicate ourselves to raising more revenue by investing in the real sector to grow the economy and boost employment and productivity; broadening the tax base in order to capture more revenue sources; improving our transparency and reduce pilferage by intensifying the drive against corruption and ensuring that there is security for economic operators, both local and foreign,” he said.

The Senate leader said the oil sector was most dominant because despite contributing only about 10 per cent of GDP, it drives over 61 per cent of the economy because it accounts for 80 per cent of government revenue and 95 per cent of foreign exchange earnings.
In his contribution, Senate Minority Leader, Senator Enyinnaya Abaribe, described the budget as a budget of taxation and referred to the presentation of Senate leader when he mentioned low budget in a record 15 times.

He said: “The National Assembly may have to take over and direct the nation’s economic policy of this government since the executive has failed to do so.”

Chairman of the Senate Committee on Power, Senator Gabriel Suswam, described the estimates as an ambitious budget to address the infrastructural deficit of the nation.

According to him, the proposed increase in Value Added Tax (VAT) from 5 per cent to 7.5 per cent is on the high side, while expressing worry over the growth in the budget deficit from N1.9 trillion in 2019 to N2.4 trillion in 2020.

Also speaking, Chairman of the Senate Committee on Works, Senator Adamu Aliero, while expressing concern at the high level of poverty, urged the legislature to “keenly monitor whatever has been voted for social investment programmes”.

In their contributions, Senators Kabiru Gaya, Sabi Abdullahi, Jubril Barau, expressed hope that the budget proposal would meet the needs of Nigerians.

They applauded the initiative of Buhari for presenting the budget and called on the legislature to speed up work on the estimate so that the nation could return to the old budget cycle of January to December.

The budget debate continues today with 20 senators signifying their intention to contribute to the debate. 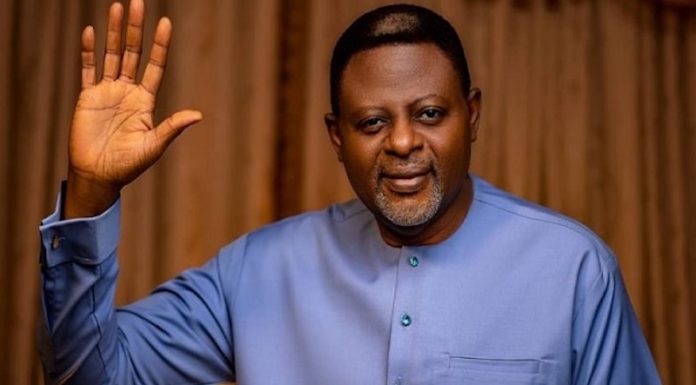