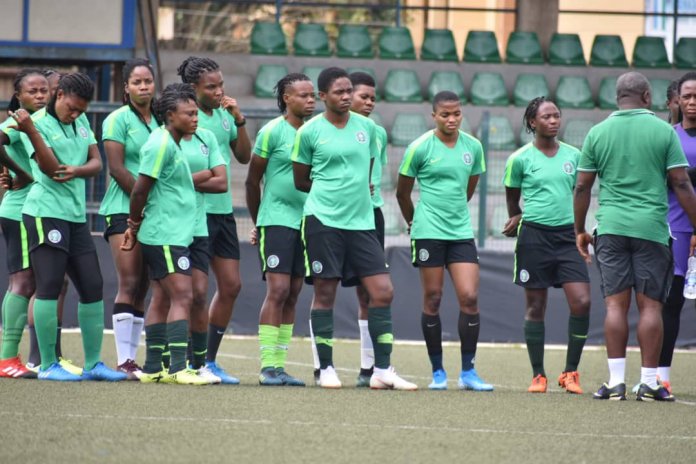 Super Falcons of Nigeria and Les Femelles Elephantes of Cote d’Ivoire are to engage in a bruising battle this afternoon for the ticket to the Tokyo 2020 Women’s Football Tournament event at the Agege Stadium.

The Ivorians held the African champions to a barren draw in the first leg of the second round qualifying match played in Abidjan last week.

In that encounter played at the Parc des Sports de Treichville, both teams created several opportunities but failed to put the ball in the net.

However, Chairperson of the Nigerian Women’s Professional League and Board Member of the NFF, Aisha Falode insisted yesterday that Falcons cannot afford to miss this chance to be at the Olympic again.

The last time Falcons played at the Olympiad was at Beijing 2008.

“Our last Olympic appearance was in Beijing China, in 2008. This is a perfect time for us to return to Asia in 2020.

“This match is a must-win if we are to make progress in the quest for Tokyo 2020. Agege Stadium is our home and we need to take this advantage. Super Falcons have never lost a match here at the Soccer Temple,” observed Falode.

Following the draw in Abidjan, Falode insisted that Falcons must “show the character of true champions and give the Nigerian people and the teeming football loving Lagosians victory against Cote d’ Ivoire.”