How independent can the judiciary be, when it always goes to the Executive cap-in-hand to beg for funds to operate? This is one question the Chief Justice of Nigeria, Justice Tanko Muhammad, is required to answer, writes Davidson Iriekpen

The Chief Justice of Nigeria (CJN), Justice Ibrahim Tanko Muhammad, penultimate week, painted what many described as a gloomy picture in the judiciary, when he lamented that the nation’s third arm of government was not free to discharge its responsibility, because it goes begging for funds to survive.

The CJN, who spoke at a special session to mark the commencement of the 2019/2020 legal year of the Supreme Court and swearing-in of 38 newly conferred Senior Advocates of Nigeria, noted that despite the fact that the constitution provided for separation of powers and independence of the three arms of government, he has continued to go cap-in-hand to beg for funds to run the judiciary, a situation he said has impacted negatively on the administration of justice in the country.

He also warned government at various levels to allow the judiciary to enjoy its independence without undue interference, vowing that it would never be subservient to anybody no matter his position in the society.

Even though the CJN also tried to say that the Nigerian judiciary does not pander to anybody’s whims and caprices and to a large extent, tries to assert itself, it was obvious from the tone of his message that going cap-in-hand to beg for funds for operational demands remains a big challenge.

Justice Muhammad also lamented the poor salaries of judicial officers and called on the relevant authorities to increase the salary and also work out measures to improve the welfare package of judicial officers, especially after retirement.
“If you say that I am independent, but in a way, whether I like it or not, I have to go cap-in-hand asking for funds to run my office, then, I have completely lost my independence. It is like saying a cow is free to graze about in the meadow but at the same time, tying it firmly to a tree. Where is the freedom?

“Effort should be made by the relevant authorities to increase the salary and also work out measures to improve the welfare package of judicial officers, especially after retirement. The comfort of my brother justices in various courts across the country is one of my topmost priorities and I will pursue it with the seriousness it deserves.

“The only thing I can do at this juncture is to plead with all concerned to let us enjoy our independence holistically. The gross underfunding and neglect of the judiciary over the years have impacted negatively on the infrastructure and personnel within the system. It is to a large extent, affecting productivity, increasing frustration and deflating morale.

“That is certainly not a good omen at this stage of our nationhood. The Constitution provides for separation of powers and independence of the three arms of government. I am using this medium to appeal to governments at all levels to free the judiciary from the financial bondage it has been subjected to over the years.

“Let it not just be said to be independent but should, in words and actions, be seen to be truly independent. There should not be any strings attached. We would not like to negotiate our financial independence under any guise. Even as I speak now, some state judiciaries are still having issues with their respective governments. A stitch in time will certainly save nine,” he stressed.

Many analysts believe that this poses serious threat to justice delivery and the much-needed independence of the judiciary.
Ironically, the role of the judiciary in constitutional democracy has its roots in the doctrine of separation of powers as propounded by John Locke (1632-1704) and developed by Baron de Montesquieu in his book, Espirit de lois(Chapter 10). It is anchored on the presupposition that any man vested with power is apt to abuse it.

This makes governmental powers to be classified into three distinct broad categories, namely, executive, legislative and the judiciary. These distinct arms are not supposed to encroach on the exclusive territory of one another and one way to stop the encroachment is through funding.

But in Nigeria, while the executive and legislature enjoy unlimited financial independence, the same cannot be said of the judiciary. From the time to time, whether the federal or state level, the judiciary always goes cap-in-hand to beg for funds to run its course. This, it has often been argued, has robbed the all-important arm of government of its independence.

It is equally no news that while ministers, heads of parastatals and members of the legislature have unlimited access to funds to execute projects, the same cannot be said of the judiciary, which struggles to put in place basic things that would enhance the performance of the judges.

Also, while ministers, heads of parastatals, special advisers, senators and members of the House of Representatives get huge votes and live in opulence, the same cannot be said of judges, who not only wallows in lack but are forced to cope with what they get as allowances, which when compared to what members of the executive and legislature get as salaries and allowances, are miles apart. Yet, they serve the same government and are in the same country.

Section 81(3) of the constitution states that: “Any amount standing to the credit of the judiciary in the Consolidated Revenue Fund of the federation shall be paid directly to the National Judicial Council for disbursement to the heads of the courts established for the federation and states under section 6 of this constitution.”

Unfortunately, the judiciary still routs it budget through the executive and it is whatever it is given that it takes. Sometimes it practically begs for funds, because the amount its budgets every year is always slashed and the executive which controls the Consolidated Revenue Fund always conceals the true state of the funds.

For instance, Section 81(3) of the constitution states that: “Any amount standing to the credit of the judiciary in the Consolidated Revenue Fund of the federation shall be paid directly to the National Judicial Council for disbursement to the heads of the courts established for the federation and states under section 6 of this constitution.”

It was against this background that Justice Adeniyi Ademola of the Federal High Court in Abuja in January 2014, while delivering a landmark case instituted by the Judicial Staff Union of Nigeria (JUSUN) challenging the piecemeal payment of funds accruing to the judiciary from the consolidated revenue fund contrary to the provisions of sections 81(3), 121(3) and 162(9) of the 1999 Constitution, restrained the federal government, the 36 state governments and the Federal Capital Territory Administration (FCTA) from holding on to the funds budgeted for the judiciary.

Relying on the provisions of sections 83(1), 212(3) and 162(9) of the constitution, the judge held that the system whereby both the federal and state governments pay funds accruing to the judiciary from the consolidated revenue in piecemeal was a breach of the constitution, adding that the provisions were clear and straightforward and should, therefore, be complied with.
According to him, the end has come for the judiciary to be begging the executive for funds and held that the piecemeal allocation of funds to the judiciary at the pleasure of the federal government and states was unconstitutional, un-procedural, cumbersome, null, void, and should be abated forthwith.

The judge also issued an order of perpetual injunction restraining the governors from further breach of the provisions of the constitution regarding the financial autonomy for the judiciary.

Five years after this landmark decision was delivered, nothing seems to have changed as the judiciary is still wallowing in self-pity, when it has all the powers to ensure the enforcement of the judgment.

And to think that a government that promised all the changes possible in a decent and ideal democracy has not even pondered the possibility of letting the judiciary enjoy its independence, says a lot about the vulnerability of the judiciary. But, for how long will this continue? That’s the million naira question! 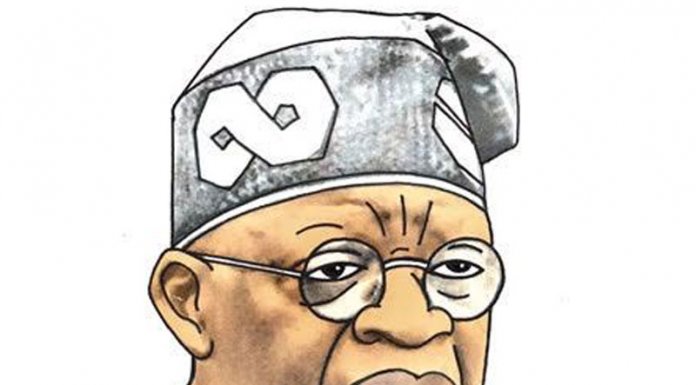