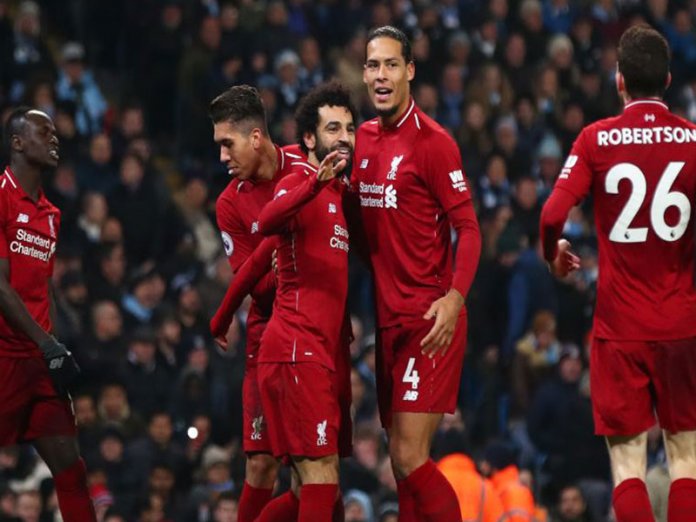 Liverpool have been charged by UEFA after spectators came onto the pitch during the Champions League match against Red Bull Salzburg on Wednesday.

UEFA said the case would be dealt with by its control, ethics and disciplinary body on 17 October.

The punishment for a first offence of field invasion in a year in a UEFA competition is a fine of €5,000.

One supporter entered the pitch midway through the second half of Wednesday’s match from the Anfield Road end of the stadium but was wrestled to the ground by stewards, apparently trying to make his way to the dugout.

A group of youngsters then came onto the pitch at full-time in a bid to get hold of a shirt from one or more of the Liverpool players. Andrew Robertson was pictured giving his shirt to one individual.