While the egg heads of the Nigeria Football Federation are labouring to convince some English players of Nigerian descent to star for the Super Eagles, Glasgow Rangers forward, Sheyi Ojo, has charged, Gernot Rohr, to just call his name and he’ll be there

Glasgow Rangers forward, Sheyi Ojo has said he was ready to commit his international future to Nigeria ahead of the Three Lions of England after the 22-year-old made the declaration on his social media handle recently.

The Liverpool academy graduate is, however, waiting desperately for an invitation from Super Eagles head coach, Gernot Rohr.

“I’ve made it known that I am willing to switch allegiance to Nigeria. I’ll be glad if I am called up because just like Joe Aribo I also want to play for #Nigeria at senior level,” he said on Twitter.

Ojo, who was born to Nigerian parents in Hertfordshire, has revealed that he would ‘never turn down’ the three-time African champions but rather think about the call before making his decision.

“To be honest, I don’t know much about it (Nigeria interest), but if they call me I’d be honoured to go to Nigeria,” Ojo told BBC Sport.

“It’s obviously a massive nation. I’m just really focused on club football at the moment, but I’m excited about the future, both club and country.

“My parents are originally from Nigeria as well, so they know a lot about it. They’ve always been keen on the idea (to represent Nigeria) but so far I’ve mainly been focusing on club football.

“It’s starting to get to the time where I have to start thinking about my future. And of course, if Nigeria were to call me now it would be an honour.

“Of course, if I was to get selected I’d definitely think about it, I’d never turn down Nigeria.

“I’m from Nigeria originally so it’d be an honour, likewise with England as well. If I keep doing well, opportunities will come by for club and country.

“It’s not really something I’m thinking about at the moment but you never know what could happen in the future.”

NFF boss, Amaju Pinnick, had reiterated severally that youngsters of Nigerian origin who are doing well in England and other leagues will wear the Nigerian colours at the appropriate time.

The on-loan Liverpool forward has revealed he’s started the process to switch allegiances to the Super Eagles.

Ojo said: “I have made it known that I am willing to switch allegiance to Nigeria. It’s up to the coaches to decide on picking up in the squad and in the meantime, all I have to do is to keep doing my best at Rangers and hope I get noticed.”

When asked recently if he stood by his comments the playmaker said: “I stand by what I said and I think Rangers are in a good run of form.

“We are doing really well so far this season and we are looking hungry. Any team that looks hungry and is getting wins, it can only be positive. Of course, we have to give Celtic respect but, from my own opinion, I believe we can have a really successful season.”

Ferguson didn’t take too kindly to Ojo’s words and admits he’d have had more to say had he still been captain of the Ibrox outfit.

Speaking on PLZ Soccer, Ferguson said: “It’s clear that confidence is high but keep it in-house. That would be my message and I’d probably say another few things that I can’t repeat.

“I like confidence in players but when they come out and start saying things I don’t like it. I never enjoyed it myself when I was playing and we spoke about it quite a lot as a team. If we’re doing well, we’ll just go about our business quietly, I prefer that.”

Ojo joined Liverpool as a 14-year-old and came through their academy. He spent time on loan with Championship clubs Wigan Athletic and Wolverhampton Wanderers before making his competitive debut for Liverpool in January 2016.

Ojo joined MK Dons’ academy when he was 10 years old. By the age of 13, he had played for the Dons’ U-18 side and was training with the first-team squad. During his time at the club, Ojo became the first MK Dons, trainee, to receive an international cap at the youth level.

On 11 November 2011, Liverpool beat off competition from a host of Europe’s top clubs including a multimillion-pound offer from Chelsea to sign Ojo, then 14, for an undisclosed fee believed to be in the region of £2 million.

In April 2014, Ojo was joint top scorer alongside fellow Liverpool player Harry Wilson in the prestigious U-17 Future Cup.

Having made a number of appearances on Liverpool’s bench over the festive period, Ojo joined Wigan Athletic on loan in February 2015. Five days later, he made his professional debut coming on as a 59th-minute substitute for Wigan in a Championship match against AFC Bournemouth, with Wigan naming Ojo as their Man of the Match after he had a positive impact on the game.

In August 2015, he scored the winning goal for Liverpool in a friendly against Swindon Town, after which Liverpool announced that Ojo had signed a new long-term contract with the club and confirmed that he would join Wolverhampton Wanderers on a season-long loan.

He made his Wolves debut on the opening day of the 2015–16 Championship season as a substitute, coming on in the 84th minute and picking up a yellow card as his side went on to beat Blackburn Rovers. Three days later, he made his first start for Wolves in a 2–1 League Cup win over Newport County.

He was recalled by Liverpool in 2016 and the next day, Ojo made his competitive first-team debut for Liverpool, as a substitute in the FA Cup Third Round tie against Exeter City that ended in a 2–2 draw.

He scored his first competitive goal for Liverpool in the replay against Exeter on 20 January; his goal was the second in a 3–0 victory.

Ojo made his Premier League debut on 20 March 2016, replacing Joe Allen in the 87th minute in a 3–2 loss away to Southampton at St Mary’s Stadium. Three weeks later, he made his first start for Liverpool in the Premier League against Stoke City at Anfield, where he assisted Daniel Sturridge for Liverpool’s second goal in a 4–1 win, before being replaced.

Ahead of the 2016–17 season, Ojo sustained a fracture in his back and did not return to first-team training until mid-November.

On 16 August 2017, Ojo joined Fulham on a season-long loan and scored a brace in a 5–4 win over Sheffield United, he scored the winning goal in a 1–0 win over Birmingham City in December.

On 30 August 2018, Ojo signed a new contract with Liverpool and joined Stade de Reims on a season-long loan.

The left-footed midfielder has scored five goals and registered four assists in 14 games for Rangers this season. 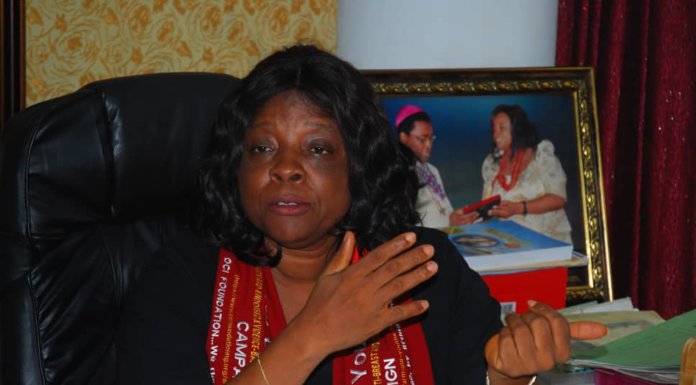