Federal Inland Revenue Service (FIRS) says about 45 million Nigerians will be captured as taxpayers before December 2019.

“Over the last four years, the economic policies of the current administration have focused on establishing a stable foundation for socio-economic growth and development.

“With the astute leadership of Mr President, the milestones achieved bears ample testimony on the impact that has been made, not only in tax-revenue administration, but in the environment of doing business in Nigeria,” he said.

Fowler listed the accomplishments to include expansion of tax base from 10 million to 20 million taxpayers with the potential for an increase of up to 45 million before year end.

Fowler, who is also FIRS Chairman, said Internally Generated Revenue (IGR) collection at the sub-national level grew exponentially by 46.11 per cent from N800.02 billion in 2016 to N1.16 trillion in 2018.

He also said FIRS tax collections grew by 53.9 per cent from N3.3 trillion in 2016 to N5.32 trillion being the highest collection ever in the history of FIRS.

Fowler added that N2.85 trillion was collected as Non- Oil Revenue which accounted for 54 per cent of total revenue collection.

The JTB chairman said the federal government paid a total of N135.8 billion as outstanding PAYE tax liabilities owed by Federal MDAs to states from 2002 to 2016 with a total of N31.08 billion paid to the states in the North Central.

“We are confident that this gesture by the federal government will encourage State Governments to also reciprocate and promptly remit all withholding Taxes and VAT due to the Federation Account.

“A positive movement during the same period is Nigeria moving up 25 points in Tax Administration Section of World Bank ‘Ease of Doing Business’.

“This positive progression is also reinforced by the recent listing of Nigeria as one of the ‘top 20 reformers in Doing Business for the year 2020 by the World Bank.

“We expect that more positive country reports will be released by the time the full report by the World Bank is released on Oct. 24, 2019,” Fowler said.

He said the new TIN Registration System would improve on the efficiency and output of the entire tax administration process.

“It is also meant to provide enhanced convenience to the taxpayers as well as the tax administrators while guaranteeing that each taxpayer’s details are readily available to them at their fingertips at all times and anywhere,” Fowler added.

According to him, the new system possesses the capability to integrate data from all relevant agencies by leveraging on already captured data.

He added that the new system will also reduce the burden of taxpayer information management and cost of collection.

“The new system maintains the identification of an individual taxpayer via assigning of a unique and universal TIN.

“Unlike the old system, it is now possible for taxpayer to view, retrieve or update his or her tax profile from anywhere 24/7,” Fowler said. (NAN) 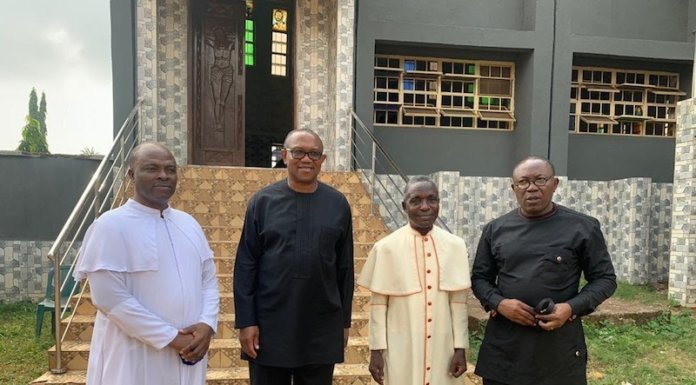