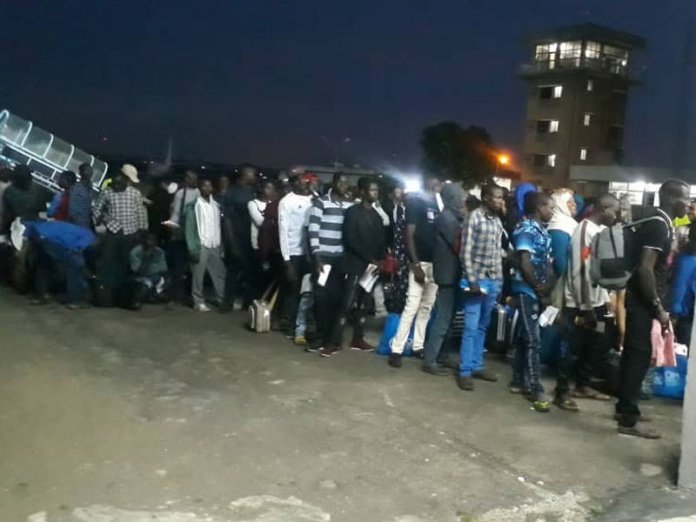 As the nation celebrates her 59th independence anniversary, the National Emergency Management Agency (NEMA) received another batch of 161 stranded Nigerian returnees from Libya.

Muhammed said the Nigerians arrived at the Cargo Wing of Murtala Muhammed International Airport, Lagos, at about 5.35 a.m. on Tuesday.

He said the returnees were brought back aboard an Al Buraq Air aircraft with registration number 5A-DMG from Misrata City, a 200-kilometer distance from Tripoli, Libya.

He added that the returnees were assisted home by the International Organisation for Migration and the European Union under the Assisted Voluntary Returnees Programme which started in April 2017.

Muhammed said the stranded Nigerians were received on behalf of the Federal Government by NEMA and other agencies, including the Edo State Task Force Against Human Trafficking and the Nigeria Immigration Service.

The coordinator said three male adults who had medical issues were immediately evacuated to the hospital for medical treatment. (NAN)