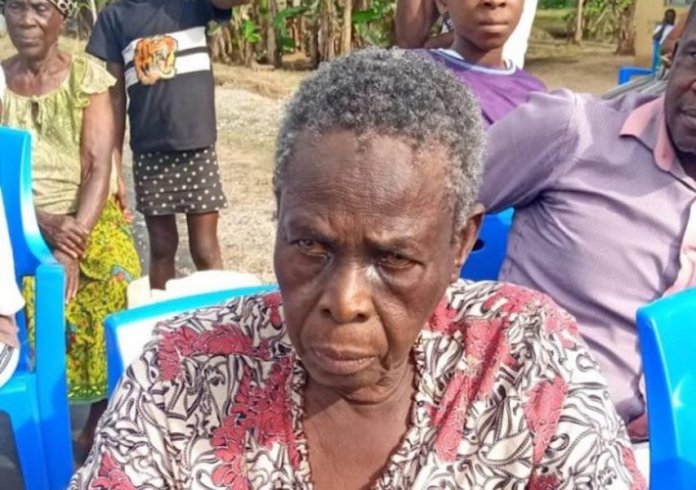 Seventy-seven days after Madam Beauty Ogere, mother of former Super Eagles Chief Coach, Samson Siasia, was kidnapped from her Odoni community in Sagbama Local Government Area of Bayelsa State, the 76-year-old regained her freedom in the early hours of yesterday.

Shortly after her release, the family took Madam Ogere, who has a history of high blood pressure and was without her medication for over two months, for an immediate medical check-up.

The former Super Eagles coach told THISDAY yesterday that “they are happy that their mother has returned home from the kidnappers’ den. It is only God that made that possible otherwise it would have been a different story.”

Pressed to reveal how much ransom was paid to the kidnappers before his mother was freed, Siasia who admitted they paid some money, declined to give the figure.

“Yes, just like the last time, we paid some money,” he said.

But one of his siblings told THISDAY that they coughed out up to N3 million for their mother’s freedom.

“Right now, the most important thing for us is to get Mama to see doctors for proper check-up and treatment. After that, we will decide what to do to avoid this sort of nonsense going on around here in Bayelsa,” Siasia said.

Asked if he was going to relocate his mother from the state to avoid a third attempt on her life, Siasia was affirmative on that, saying: “ Of course, we are going to take her away from here after the treatment. It appears she is no longer safe here as some people are hell bent on using her to extort money from us. There will be no third time, I can assure you on that.”

Siasia expressed sadness that all through the over two months that his mother stayed with the kidnappers, the Bayelsa State Government did not make any attempt to come to the aid of his family.

“What type of state government is that? We made series of efforts to get the state government to intervene and get our mother out of the kidnappers’ den, all the efforts were in vain. Those in government do not know how we went about getting her freed from the kidnappers. I don’t think this is good enough from those we elected to serve us. They promised to provide and protect us from harm,” he stated.

THISDAY further learnt that after struggling to raise the N50million ransom the kidnappers initially demanded, and which they refused to negotiate, the Siasias resorted to fasting and prayers for divine intervention.

Siasia’s wife, Cassandra, who is a prayer warrior, reportedly led them in the supplication to God to intervene in the matter from her base in the United States.

“Samson’s wife is a prayer warrior, she took the matter to God in prayers and urged other members of the family to key into believing that Mama will return home safe and sound. I am really happy for the Siasia even though they still had to cough up some money before their mother could be released,” another close friend of the coach told THISDAY yesterday.

Earlier in 2015, Madam Ogere was similarly kidnapped from her home in Odoni and kept for days before she was released. The family paid the kidnappers N1.5million for her freedom.

Observers believed that the abduction was more pathetic because it coincided with the travail of Siasia, who was slammed with a life ban by world football governing body, FIFA.

On August 16, FIFA said in a statement that the adjudicatory chamber of its Independent Ethics Committee found the 51-year-old Siasia guilty of accepting to receive bribes in relation to manipulation of matches in violation of the code of ethics of the soccer governing body.

Siasia, however, pleaded not guilty, claiming that he was not given the opportunity to defend himself against the allegations.

He opted to appeal the case before CAS in the bid to clear his name from the scandal.

Victim: I Don’t Know Why they Abducted Me Again

Madam Ogere told newsmen yesterday that when the kidnappers came for her, she asked them if they were not tired of kidnapping her.

“They did not beat me. They were buying me medicine to treat the sickness I am suffering from. When they drink garri, I drink garri with them. When they cook soup, we eat garri. Yesterday (Saturday 28) they (kidnappers) said I had stayed too long with them and I was beginning to give them trouble and they asked that I should go.”

WHO: First Coronavirus Vaccine Could be Ready in 18 Months