The plan of the Nigeria Football Federation (NFF) to woo European players of Nigerian descent to the Super Eagles seems to be working very well as its net caught another fish with former England youth international, Chuba Akpom dumping his country of birth for fatherland

While it needed lots of persuasions to convince most European players of Nigerian descent to the don the green-white-green colours of the Super Eagles, Chuba Akpom does not need coaxing to play for the three-times African champions, in spite of having played for England at the youth level.

“All the while I was starring for England at the youth level I was not lost of my parents’ background as Nigerian and the country’s culture. So I knew I would one day play for Nigeria at the senior level.

“I was always in contact with Alex Iwobi, who we both played at youth level for Arsenal and he always intimates me of how loving Nigerian fans are, which also encouraged me the more to want to play for Nigeria,” Akpom said.

The PAOK of Greece forward also said he was always looking up to Kanu Nwankwo while growing up as a footballer.

“When I was younger, people always compare my style of play to that of Nwankwo and the former Super Eagles star has always been my role model,” he noted.

The 23-year-old striker who plays in Greece for PAOK is eligible to play for the Super Eagles as he holds dual-nationality and has not played for England at senior level.

“I am ready and I’m only waiting for the call-up. My agents have been in talks with the coaches and federation, so maybe in a few months, I would get an invite. I have signed off my allegiance.”

Speaking about his chances of playing for England, Akpom admits there were no guarantees of longevity.

“It’s always good to play where you’re loved. If you play for England you may only play a few games or caps and then you’re dropped for the next striker, who is hot.”

In March 2017 ex-Arsenal youth player Akpom trained with the Nigeria senior side at Barnet alongside then Chelsea defender Ola Aina and now hopes to line up with his life-long friend Alex Iwobi for the West African country.

“I’ve only just recently switched my allegiance, so I’ve signed the documents and hopefully in the next few weeks it will be approved to enable me to play for Nigeria,” Akpom told BBC Sport.

“I’ve been wanting to do that for many years now but not many people know this. It’s just been a matter of sorting it out, which is now in a process. I’m looking forward to it.

“It was a personal decision. I’m Nigerian and my whole family feels very Nigerian and it will be nice to represent Nigeria.

He joined Arsenal at the age of six and spent time on loan with Brentford, Coventry, Nottingham Forest, Hull and Brighton, but failed to break into the Gunners’ first team.

A final loan spell at Belgian side Sint-Truiden resulted in six goals in 16 games and after six different clubs over five seasons, the academy graduate managed just 12 appearances for his boyhood club before heading out to Greece on a permanent deal in August 2018.

He provided six goals and four assists as PAOK went unbeaten to seal the 2018/19 Greek as well as the only goal in the FA Cup win against AEK Athens to complete a dream double.

Now established in Greece and with three goals in eight matches this season, Akpom would love to follow in the footsteps of Iwobi.

“It was the better decision to make; now he’s played in the World Cup and the Africa Cup of Nations. I’ve always said that I’d like to play with him again for Nigeria, we’ve always spoken about that.

“We’ve played together since we were five and six years old, we grew up together. It took me a while to settle down and to get used to the environment in Greece.

“Going to play abroad and in another league has helped me, but I hope to take my career to the next level with Nigeria.”

Akpom, who was born on October 9, 1995, joined Arsenal at the age of six. He made his debut for the Arsenal U-18 side at the age of 15 and signed his first professional contract with Arsenal in 2012, a day after turning 17. In December 2012, Akpom received his first call into the Arsenal senior squad, when he was an unused substitute for a 2–1 Champions League defeat to Olympiakos.

On 30 December 2013, he joined Brentford on loan and in February 2014, Akpom joined League One side Coventry City on loan until the end of the 2013-14 season, with an agreement that he would rejoin the Arsenal squad for games in the FA Youth Cup and UEFA Youth League.

He had other loan stints with Nottingham Forest, Hull City, Sint-Truiden before joining Greek club, PAOK Salonika on a three-year deal and was part of the team that won the first Super League title in 34 years. He also scored the only goal in PAOK’s 2019 Greek Cup final win against AEK Athens. 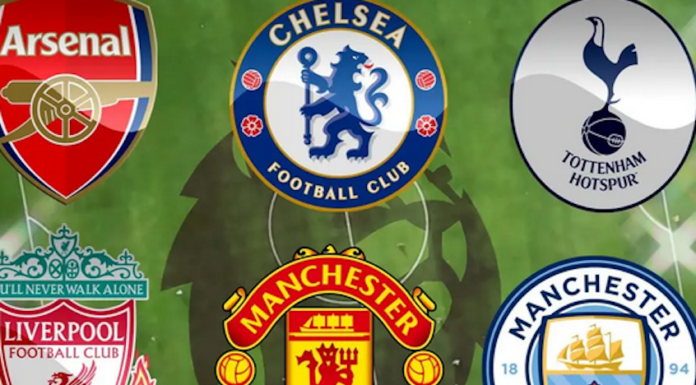