Diri: PDP Will Emerge Stronger, Victorious Despite Crisis 10 mins ago

PCA: WHY SENIORITY SHOULD PREVAIL

Hon. Justice Monica Dongban-Mensem is the next most senior judicial officer in the Court of Appeal. As Justice Zainab Bulkachuwa’s tenure as President, Court of Appeal (PCA) comes to an end in a few months, judicial precedence dictates that the most senior Justice, Court of Appeal, Justice Dongban-Mensem will be nominated by Justice Bulkachuwa to the National Judicial Council for the position. Surprisingly, the reverse appears to be playing out. Insider accounts reveal schemes to block her from ascending the top position.

If Justice Dongban-Mensem goes to the Supreme Court as is being speculated, it means she is totally ruled out of contention as PCA and Justice Bulkachuwa can then anoint who she pleases to the office. This will be standing judicial precedence on its head which favours seniority in appointments to high offices. One is left to wonder why the PCA is hell bent on side stepping her second-in-command and a fellow woman for that matter to step into her shoes!

Feelers however reveal that since she was made PCA, Bukachuwa uses command and control leadership style, leaving little or no room for the judicial officers to operate freely.

Curiously, Justice Bukachuwa, a model of women emancipation while recusing herself from the Presidential Appeal panel rather than nominate the Justice next in rank (who is a female) as a way of keeping faith with her gender, skipped the number two person and brought on board a male, Justice Mohammed Garba.

The judiciary is a profession that gives much consideration to seniority. Hon. Justice Tanko Mohammad is Chief Justice of Nigeria (CJN) today because he was the next most senior jurist at the time the erstwhile CJN Walter Onnoghen resigned from the office. Clumsy as the whole affair was, Muhammad had to be CJN because of the seniority factor.

For 41 years, no Christian has been PCA. Since the late Hon Justice Daniel Onuorah Ibekwe (PCA 1976-1978), it has been Muslims from North-east and North-west heading the appellate court. Can we call this a coincidence? I suspect there is a thick plot designed to make only a particular group of people to occupy that position. The Christian Association of Nigeria (CAN) must look into this.

The CJN should investigate how the name of Justice Monica Dongban-Memsem that was not on a list prepared by the National Judicial Council (NJC) appeared overnight for consideration for appointment to the Supreme Court.

Justice Ayo Salami who Justice Bulkachuwa took over from was the most senior in his time. Justice Umar Abdullahi was equally the next in command when he became PCA.

So seniority has always been the deciding factor over the decades across the diverse judiciary strata in ascending the highest office.

That of Justice Dongban-Mensem of the Court of Appeal should not be different. Indeed, she is one of the finest justices this country has ever produced and a woman of great wisdom and sterling character. Over the decades, she has demonstrated great commitment to service. The judiciary and indeed Nigeria as a whole will suffer a huge loss if regional, tribal and religious sentiments are allowed to affect her elevation.

My advice to Justice Bulkachuwa is to have consideration for the Court of Appeal and entrust it in the best of hands available as she takes her bow. She should let the process of succession the judiciary is known for take its course. Needless for her to stir the hornet’s nest.

The judiciary is the only institution that gives Nigerians hope. It is the last hope of the common man. It should not be desecrated by power mongers who are imbued with petty jealousy, sectionalism, bigotry, animosity and ill-will. The CJN must critically watch what is happening under him. He should get to the bottom of how Justice Dongban-Mensem’s name found its way onto the list of justices nominated for appointment to the Supreme Court.

Adekwagh works in a law firm in Makurdi 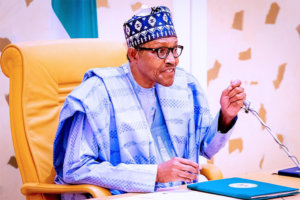