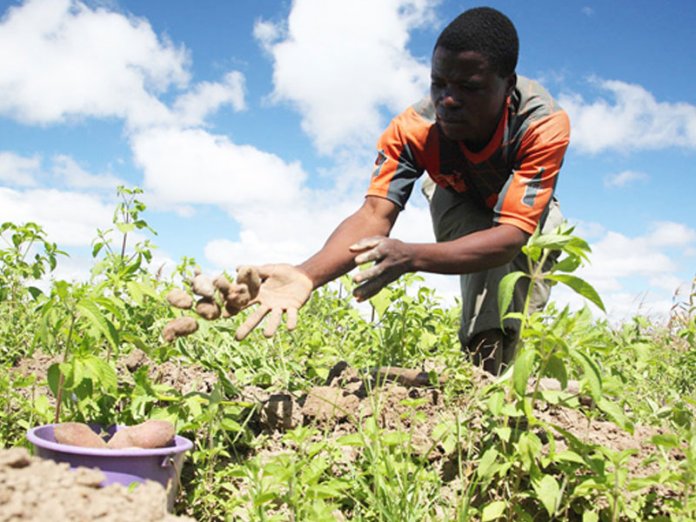 CropIT Nigeria Limited (CropIT) in partnership with the International Institute of Tropical Agriculture (IITA) have concluded plan to launch a digital platform that will impact more than 5,000,000 farmers and over 100,000 agricultural extension officers.

The initiative would support the expansion of high-impact, digitally-enabled services to farmers and extension officers across Nigeria over the next three years.

CropIT is an agriculture specialist company and a developer that provides ﬁnancing, management, advisory and services to producers, farmers and investors in the agricultural sector, within Nigeria and overseas.

The digital platform, which has organisations including MTN and 9mobile as strategic partners, would create a knowledge-based farmer society and a well-structured extension officers network.

For the farmer, the platform would offer access to reliable and affordable agricultural information, certification of extension officers, development of agriculture protocols, e-advisory, and transactional services across major value chains including rice, cassava, soybeans, cowpea, maize, sorghum, cashew, livestock and fish through their mobile phones.

These services are to be delivered through onsite extension workers and mobile devices using toll free calls and messages as well as physical and digital call centers as service medium to provide wide coverage over the dispersed farming settlements with limited rural infrastructure.

According to the Chairman, CropIT, Alhaji  Nasir Ado Bayero, “Nigerian agriculture has potential, but no one can eat potential. We must articulate a clear vision to make Nigeria an agriculturally industrialised economy, to create wealth, jobs and markets for farmers, ensure food security and revive the rural extension system to reduce losses. “Agriculture and our small farmers in particular, must become the engine for growth.  Africa and Nigeria in particular can feed the world.

“To do so we must make a fundamental paradigm shift. Agriculture should be seen as a business and not a development program. It must be structured, developed and financed as a business for us to fully unlock its potential. Gains will not come easy, but as we do the right things we will succeed.”

He further said the digital era offers many new innovations and breakthrough opportunities.

“This innovative effort will enable the African continent to get ahead of the curve, and more efficiently and sustainably unlock the full potential of its smallholder farmers and agribusiness sector.

“Going forward, the benefits of agricultural digitalisation will require governments to do more to encourage more private sector investment across the value chain in areas as diverse as production, post-harvest handling, processing, access to information, market, finance and effective supply chain because countries that have adopted such strategies are already reaping the benefits. Nigeria is just starting.

“Countries like Rwanda whose government since 2000, has embraced an ambitious digital agenda to achieve a full digital economy by 2020, agricultural digitalisation promises to bring nothing short of a total economic transformation to the country, even as agriculture accounts for around four fifth of Rwanda’s employment and a third of its GDP,” he added.

The Chairman of Flour Mill Nigeria Plc (FMN), John G. Coumantaros, has declared that the company will deepen its involvement in all stages of agricultural value in Nigeria in order to sustain the realisation of its vision of “Feeding the Nation, Everyday,” and give a boost to the federal government’s Presidential Fertiliser Initiative (PFI).

Coumantaros said in a bid to realise the PFI, which was meant to ensure that farmers across the country have access to fertiliser blend, the FMN’s subsidiary, Golden Fertilizer Company, has set up a 20 tonnes per hour blending plant in Kaduna and has also installed a 100 metric tonnes per hour blending plant in Apapa, Lagos, as part of the group’s extensive expansion plan.

“It is worth mentioning that over the years our agro-allied business has expanded to include pilot and out grower farming and downstream activities such as blending, distribution and sale of fertilizer, production of animal feed, soya beans, maize, cassava and oil palm as well as the processing of such crops and the crushing and refining of oil seeds,” Coumantaros said.

He made these comments during the 59th Annual General Meeting of the FMN, which was held in Lagos recently.

He told the shareholders that the 2019 financial year, which ended on March 31, 2019, was good to FMN, adding that the board of FMN has recommended and paid a dividend of N1.20 per ordinary share of 50 kobo each out of accumulated pioneer profit.

Coumantaros declared: “As we round off another rewarding financial year, I believe that it is pertinent that I recognise and appreciate the support of our dear shareholders, business partners, staff and all our key shareholders who continue to rally around our great company as we pursue the realisation of our mission of ‘Feeding the Nation, Everyday,’ in profitable manner that creates value for stakeholders.”

A review of FMN financial results for the year under review, according to Coumantaros, showed that the company’s initiative to improve efficiency and increase synergy within the group has started to yield desired results.

“It is important to point out, however, that this position was subsequently improved by our fourth quarter results, which showed an impressive gain of N1.9 billion when compared to the same period as the preceding year,” Coumantaros added.

Former President Olusegun Obasanjo has said the establishment of the East Africa branch office of African Export-Import Bank (Afreximbank), will represent a significant advancement in ensuring the provision and availability of trade finance in the East African region and in Uganda.

Describing Afreximbank as a typical example of a strong African institution, Obasanjo noted that the establishment of a branch office would boost the implementation of the African Continental Free Trade Area (AfCFTA), saying that the signing, ratification and launch of the AfCFTA was one of the best things that has happened to Africa in recent times.

Obasanjo’s commendation came on the heels of the establishment and take-off of the East Africa Branch Office of Afreximbank in Kampala, Uganda.

This was just as Afreximbank signed two principal documents with the government of Uganda at a ceremony witnessed by President Yoweri Museveni of Uganda and former Nigerian President Obasanjo, which marked the concluding formalities for the take-off of its branch in Kampala.

Afreximbank President, Prof. Benedict Oramah and the Minister of State for Foreign Affairs of Uganda in charge of regional affairs, Philemon Mateke, signed the branch office agreement while Oramah and the Minister of Finance, Planning and Economic Development of Uganda, Matia Kasaija, signed the Memorandum of Understanding (MoU) concerning the temporary and permanent pemises of the East Africa branch office in Kampala, at the Ugandan State House in Kampala.

Speaking after the signing, Museveni commended Afreximbank for choosing to establish the branch office in Uganda and promised the support of the government to ensure its success.

Museveni, said through its provision of trade finance and promotion of value addition to Africa’s commodities and products,