The Prisoners Rehabilitation and Welfare Action (PRAWA) has  kicked against continued criminalisation of petty offences in Nigeria, which it identified as the major cause of illegal detention, imprisonment of innocent citizens as well as miscarriage of justice which had taken the centre stage in the country’s judicial system.

PRAWA’s Programme Officer, Katumi Oboirien told journalists in Kano yesterday during a workshop and noted that minor offenders should be identified and classified, while advocating for administration of light punishment that would ensure justice to themselves and their victims. “PRAWA is currently implementing a two-year project funded by the Open Society Initiative for West Africa; the decriminalisation and declassification of Petty Offences project.

“The first phase includes the baseline assessment study toinvestigate the awareness and state of petty offences in the focal states, in order to determine the kinds of support and interventions to be provided to the project’s beneficiaries.”

According to her, “my advocacy for petty offenders is that whatever punishment being meted out to them should be light, correctional and less burdened.

“It is wrong in the face of man and God to join petty offenders with hardened criminals in the same prison facility. This action will not only endanger the psychology of the petty offender, but will also amount to miscarriage of justice.

“There is no gainsaying the fact that Nigeria’s criminal justice system is not what it ought to be. Everybody, no matter the gravity of the offence are thrown into prison. In most cases they call it awaiting trial and this development has resulted in congestion of the prisons and delay in prosecution, thereby causing pains and untold trauma to inmates.”

“It is quite a pity that the greater percentage of inmates in Nigerian prisons does not even have access to the right information concerning the cases. They don’t have direct access to their lawyers, they are totally in the dark on developments and circumstances concerning the very case that brought them to prison.”

do something very urgently to ensure that inmates’ welfare are protected, “because they too, are human beings and should be treated as such.

“Sometime last, I attended a Seminar where the former Minister

of Interior announced that the Federal Government spends N600 feeding each inmate in the country, but when I visited the prisons and examined the kind of food being served to the inmates, I shed tears and I can tell you that they don’t even consume the quality of food, such as the amount mentioned in one day.”

According to her, experience had shown that 70 per cent of

inmates languishing in Nigerian prisons may not be guilty of the offence they were being accused of, adding that, “our criminal justice system is frustrating because it is characterised by delay in prosecution, investigation, and hiccups in court proceedings.” 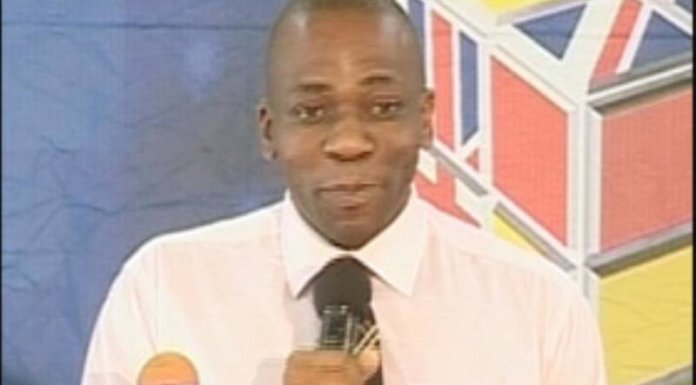