Nerve-calming music, high revolving chairs and a garden view made the suspense bearable as the art community converged on Miliki, Victoria Island to herald the new season of Art X Lagos and meet its prize winner. Yinka Olatunbosun reports

The cocktail was a precursor to an evening of surprises. A self-trained visual artist and documentary photographer, EtinosaYvonne was declared as the 2019 winner of the 2019 Access Bank Art X Prize at an exclusive event last week Thursday. Before then, the Founder and Director of ART X Lagos, TokiniPeterside had announced that for the first time since its inception, Art X Lagos will not hold at its traditional venue, Civic Centre. For the rising demand for a bigger space, the 4thedition of Art X Lagos will take place at the Federal Palace Hotel and Casino, Victoria Island.

Flanked by the Group Head, Corporate Communications, Access Bank Plc, Amaechi Okobi and Tokini Peterside, Yvonne takes the victory handshake amidst camera flashes. Out of five finalists, the theatre arts graduate of Igbinedion University had emerged as a winner for a multimedia art project titled, “It is All in My Head.’’
With the N1.5m prize money and a three-month residency at Gasworks, London, Yvonne pet project has become a reality. The runners up for the coveted prize include Ayomitunde Adeleke, Christopher Nelson Obuh, YadichinmaUkoha-Kalu and Peter Ebahi Okotor.

After savouring the moment with joyful screams, Yvonne spoke with THISDAY on what the winning project entails.
“It explores the coping mechanisms of survivors of terrorism and violent conflicts in Nigeria. I use the project to advocate for a long-term access to psycho-social support for the victims which will in turn improve their mental health,’’ she began.

Drawing upon a documentary film on a serial refugee living in Jordan, Yvonne realised that many victims of violent conflicts deal with trauma and are often misunderstood. After watching the documentary, she drew a parallel between what the docu-drama treated and what is happening in some parts of Nigeria.
“I just wanted to talk to many who had witnessed insurgence and have survived it. As a country, we seem to just pay attention to providing relief materials but we never seem to sit down and talk about how these survivors are coping in the aftermath of trauma.

“This people go through life, see people being killed, propertiesworth millions being destroyed and they are expected to just move on. How can I understand how they cope? Most of them don’t talk about it because of the way our society views issues of mental health. They bottle it up and hang on to their religion. So,I decided to use this project to address the different kinds of issues around them,’’ she explained.

Meanwhile, Yvonne was a social media marketer yearning for self-expression and creativity. She became bored with her predictable work routine and decided to explore the world through travel writing.

“In 2017, I resigned from my job in March. I decided to learn more about the camera on Youtube, I just wanted to try photography and I have always been someone who wants to add value. I started freelancing. I do a lot documentary photography. Sometimes, I work with non-governmental organisations and international organisations.

“I started the project in 2018 and it is an on-going project. It is a multi-media project and it is still evolving. I am going to South Africa in December where I am going to learn more about augmented and virtual reality,’’ she disclosed.

The travel writing created a need for her to document in words and images, seeking original content.

“I would travel to different places. It was more of writing and getting first-hand experience. I wanted to be at the tourist site myself and get history. Then I took pictures that I liked,’’ she said, recounting the experience that led to her career in visual art.

The prize money from Access Bank will enable her to travel across Nigeria for the raw materials needed to finish this multimedia art that will get a solo presentation at the Art X Lagos from November 1 till 3, preceded by a private preview on September 30. Art X Lagos is sponsored by Access Bank, Stanbic IBTC Pensions, 7up, The Ford Foundation, Anap Jets, Tiger Beer, Leadway Assurance, The SAGE innovation centreamongst others. 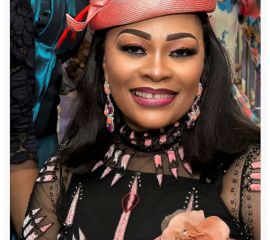 The History of Adeleke Oduola