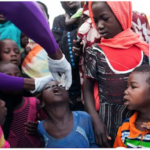 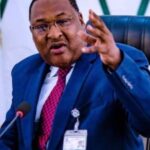 As part of the commitment of the federal government to mitigate flooding in the country, the Nigeria Hydrological Services Agency (NHISA) has called on Nigerians to prepare for more floods due to high rainfall intensity.
The Director-General of the Agency, Nze said the warning became necessary as it served to alert Nigerians that the country would soon experience the peak of flooding season for the year 2019.

According to him, “The flooding incidents are due to high rainfall intensity of long duration, rainstorms, blockage of drainage system and poor urban planning resulting in erection of structures within the floodplains and waterways.
“River flooding, as well as coastal flooding, is expected to come into place as the nation approaches the peak of raining season. Therefore, states and local governments should endeavour to remove structures built within the floodplains, clear blocked drainage, culverts and other waterways.”

Flooding in Nigeria
Experts have identified flooding as one of the natural disasters with the greatest natural risk to sustainable development. The argument is that flood losses reduce asset base of households, communities and societies through the destruction of standing crops, dwellings, infrastructure, machineries and buildings apart from the tragic loss of lives.

They also expressed the fact that an understanding of the interplay between floods, the development process and poverty are vital to ascertain the way in which future development processes are interwoven with flood risk.
The argument is that the link between flooding and poverty can be seen from the observation that substantial percentage of the citizens in the flood prone areas are poor because of the effect of flooding or that such areas are vulnerable to flooding because the citizens are poor.
Speaking in an interview with THISDAY, the Executive Director, Africa Network for Environment and Economic Justice, (ANEEJ) David Ugolor, noted that some of the factors responsible for flooding include climate change (contribute to more extreme storms and rainfall), poor urban planning, construction of buildings on drainage system and waterways, poor drainage system, indiscriminate dumping of waste in public drainage, provision of palliative/ short term measures by government and government ministries.

Reacting to the issue, a Senior Lecturer, at the Nigeria Maritime University, Delta State, Dr. Kabari Sam, said flooding is not peculiar to Nigeria.
He noted that countries such as Philippines, India, and Vietnam are vulnerable and suffer flooding.
He also noted that given the topography and uneven nature of the Nigerian landmass, there are areas that were previously wetlands now occupied as residential areas.
He further explained that all states in the country, except the Federal Capital Territory have a perennial planning problem, adding that town planners in the respective states have failed to ensure that only designated planned areas for residential purposes are used for such purposes, “as a result, residents build houses on waterways, wetlands, and even drainages.”
“Consequently, runoff is unable to take a natural course, which eventually leads to flooding. Flooding will remain a perennial problem until a multi-stakeholder approach is considered in designing a sustainable solution,” he said.

Lagos State Effort in Curbing Flooding
As part of the desire of Lagos State Government to prepare for the flooding alert by the NHISA the state government has expressed its readiness to address the flooding with the setting up of an ad hoc committee who went round the state on oversight of existing contracts in respect of the drainages and channels.
The Member of the State House Assembly representing Apapa, Mojisola Meranda, disclosed this at a Constituency Stakeholders’ Meeting in Lagos recently themed: ‘Environmental Challenges: Community Engagement to Facilitate Lasting Solution’
She stated that the state legislature recently deliberated on the increasing and threatening environmental issues in the state including flooding, drainage related matters and the need to proffer necessary solutions.

According to her, “The state certainly faces daunting rapid environmental problems which include among other waste generation and management. Despite efforts being put in place to sensitise residents on the need to protect the environment, some still prefer to violate the environmental law and involve in actions capable of frustrating government’s effort and huge investment in the sector.
“The government in protecting the environment and improving the healthy living standards of residents has resulted in the re-organisation of Lagos Waste Management Authority (LAWMA) to be proactive towards enforcing, regulating and ensuring improved waste management process.
“Efforts are also being intensified to ensure that the primary, secondary and tertiary drains are maintained all year round. This will entail constant removal of refuse, vegetal growth and silt from drains for free flow of storm water across the state.
“The Lagos state House of Assembly is appealing to residents to comply with the environmental laws of the state, embrace attitudinal change and join hands with the government in a renewed commitment to preserve the environment. There is need to curb the continued indiscriminate dumping of refuse on streets, drainages and major highways in the state, enlightenment of constituents on the need to properly dispose their wastes and creating awareness on the hazardous impact of environmental challenges in the state.”

Experts’ View
Commenting on the warning from the NHISA for flood prone areas to put in place in necessary measures, Ugolor said there is need for sensitisation of community members through radio jingles/announcement through popular programmes within the flood prone region for wider coverage.
He also stated that there should also be town hall meetings and information through other media platform like television.
He further stated that the federal, state and local government and relevant agencies such as the Ministry of Environment and the Nigeria Emergency Management Agency (NEMA) State Emergency Management Agency (SEMA) can work through the Ministry of Education to create awareness in schools especially primary and secondary schools to empower pupils and students with knowledge of what to do and the students would in turn pass the message to their parents and community in the long run.
Ugolor, explained that these government agencies and the Civil Society Organisation (CSOs and Media) can also partner with the health sector to sensitise pregnant and nursing mothers about flood preparedness during their antenatal and postnatal clinic classes as well as to farmers through agricultural extension service workers during the dissemination of information.
The ANEEJ Executive Director remarked that there is need to set up an alert community mechanism in the form of volunteers from each of the flood prone areas to alert the state and NEMA, “there is need to strengthen NEMA/SEMA in all the states as well as equipped these agencies with modern facilities.”
On his part, Sam said despite the yearly warnings of the NHISA agency, people focus on tackling on the symptoms, rather the root cause of flooding, adding that this is a terrible situation in the country.
He explained that to provide temporary solutions, there is need for the government at the state and local levels to provide safe camps for community members whose communities would experience floods, adding that primary and secondary school premises might serve as, “displaced person camps for this purpose, and as expected too, the academic calendar in such local governments will be disrupted.”
He further stated that suggested as a temporary measure, government should make provisions to compensate communities and farmers whose livelihoods would be destroyed and/damaged as a result of the flooding.

Sam who is also the Head, Environment and Conservation Centre for Environment, Human Rights and Development said adequate preparation should also be put in place to ensure that the local food chain and supply are neither disrupted or impacted in any way to prevent food insecurity as a result of flooding.
He added: “Going forward, the government should map flood-prone areas across states and local government areas in Nigeria and develop a plan for sustainable and permanent solutions. We need to have a framework or blueprint for addressing flooding in the short, mid and long term. It is only then that the government can satisfactorily provide a sustainable solution to flooding. One thing we also need to take seriously is the causes of flooding.

Policy Roadmap for Tackling Flooding
As part of efforts to create a long term palliative measure to tackle flooding, there is need for government to put in place pre-disaster, during disaster and post-disaster management initiatives.
Ugolor in his report titled: ‘Natural Disaster Management Strategies in The Niger Delta Region of Nigeria’ called on state governments to adopt land and water engineering schemes which incorporate the Integrated Flood Management strategies (IFM) as a mitigating measure as well as to help maximise the efficient use of flood plains with the awareness of flood risk particularly where land resource is limited.

The report also recommended the creation of flood abatement schemes which would reduce flood peaks downstream by a series of land-use changes so that run-off timing of the flood hydrograph is altered and achieved through afforestation.

According to him, “There is need to embark on massive campaign against indiscriminate disposal of waste, weekly or monthly evacuation of solid waste from drainage system, construction of drainage and road, completion of abandoned project especially road construction, strengthening the health facilities within the affected areas in the States. The state weather stations should be equipped with modern facilities. There is need to strengthen the emergency response mechanisms in the state emergency and management agency and the state ministry of environment.

“Aerial surveillance with the use of helicopters and satellites to help monitor the state of the water level and the potential flood prone areas is highly recommended. Such aerial maps would serve as warnings to those residing in such areas and equally monitor activities in such plains. Construction of underground drainages to prevent pooling of water, and the drainages should involve secondary, primary and central levels where one leads to the other collecting rain water from the interior to the central pool.

“Satellite coordinating equipment such as General Packet Radio Service (GPRS) should be provided for flood mapping. Permanent camps must be planned and constructed ahead of time with all necessary facilities for flood prone areas. Flood forecasting is also very important to aid preparedness and early warnings.
“Other very important pro-active measures as described by environmental solutions include the use of ‘No flood mobile barriers’ that can hold back or divert up to 120m3 of water and the ‘GVOIR’ which is a reservoir for the temporary storage of liquids. This can be provided to be used to store up water if the river starts filling up and will prevent an overflow of the river.”

Sam, also called on the governors of the flood prone areas to develop a roadmap towards ending flooding in the individual states. The causes of flooding in the different states could differ, as such, in developing a framework for addressing the issues, contextual differences should be considered.