CBN Governor, Mr. Godwin Emefiele, recently pointed out that the Bank would soon go beyond the 43 items whose importation had hitherto been restricted. According to him, the CBN would now be more aggressive in ensuring that importation of those items is restricted, adding that importing items that could be produced locally into the country was unacceptable.

“Let me say this, Mr. President’s comment on the issuing of forex to people who import food items into the country, is in the logic of CBN management’s foreign exchange policies that we started since 2016.

“I will like to stress that we would ensure that more of these items will get on the list of items that are going to be restricted from accessing foreign exchange in Nigerian banking industry.
“We are saying you will not be able to access foreign exchange from the Nigerian banking industry because it is important for us to produce these items in Nigeria and we will follow through on them.”

Emefiele had expressed dismay that, “we have been importing milk for over 60 years. There is a company that has been producing milk for 60 years, and I say it is time those kind of companies begin to produce our diary in Nigeria.”
Also, the Minister of Agriculture and Rural Development, Alhaji Sabo Nanono, recently promised to ensure that agricultural research institutes in the country are strengthened to promote improved seedlings.

This, he said would enhance food production in the country.
He said: “For me, I want to be very serious with the research institutes, so that they will research on improved seeds that will be suitable to our environment.”

Describing, the institutes as engine of growth in the sector, the minister highlighted the enormous potential of Nigerians in many spheres of life, stressing that efforts would be geared towards initiating ways of harnessing the potentials, particularly in the agricultural sector.

According to him: “The agricultural sector is the largest employer of labour in Nigeria. if Nigeria gets agricultural policy right the country may not only feed its citizens but the entire West African Countries.”
Earlier, the CBN Governor had noted that low oil prices had given the country a timely reminder that it has no other choice but to diversify the economy away from oil, and into agriculture, manufacturing, services, and other non-oil sectors.

He added: “We have our agenda at the CBN. Our agenda is to see how, instead of importing rice, we produce rice locally. By doing that, what you will find is that the demand for the importation of rice would cease and we would begin to see ourselves as a rice exporting nation.

“That would help to conserve our forex reserves. We are very determined to attain this. We spend huge amount to import items which could be produced locally, thereby exporting jobs to other countries at the detriment of our local industries.
“The Anchor Borrowers’ Programme is one of the CBN’s policy initiatives to pursue the aforementioned development objectives, namely the creation of jobs, reduction in food imports, and diversification of our economy.” 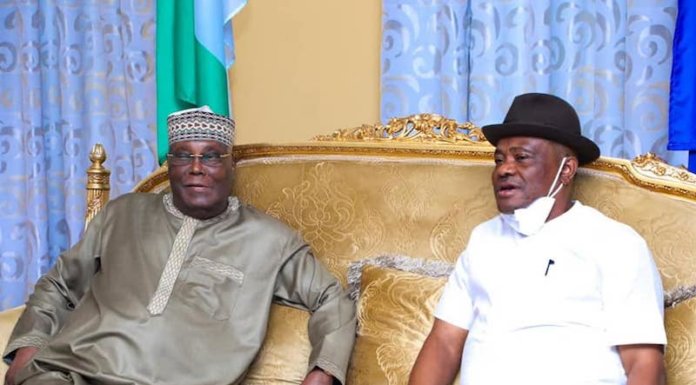