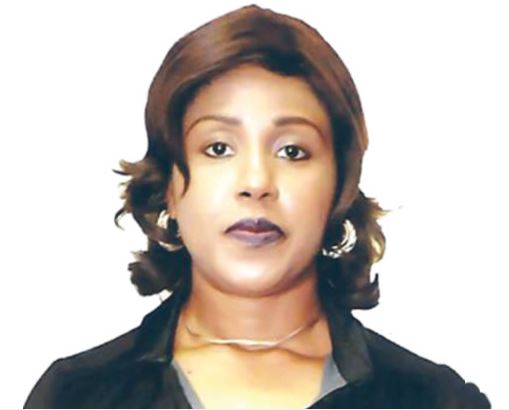 A Lagos-based lawyer, Mrs. Ifeyinwa Morah, has refuted all allegations of fraud and jail term leveled against her on social and other media platform, saying the allegations were not only injurious to her person, but to her profession, family and business relations.

Morah, who lamented the impression such allegations have left on her personality, told THISDAY in an interview recently that although the matter had been settled out of court by a highly respected cleric, Pastor Ituah Ighodalo, it was necessary for her to clear her name and put the records straight.

While narrating her own side of the saga, the oil and gas magnet explained that: “We owned a licenced company called IT Bureau De Change INT’L as directors, and we were trading on Forex. As an Executive director who was running the daily transaction of the company, after a period of eight months, I asked for the account department to compute the account state of the company, but it was obvious that other directors were reluctant or negligent in trying to call up for the Annual General Meetings (AGM) which we usually have, so I asked the account department to compute what was my commission, not salary because I was not paid salary, and that how N50 million from our profit was transferred to my name.

“It was transferred in escrow; it was supposed to be for me to hold it in escrow pending when the final determination of the accounting system was done. But the other boardroom members who were unfortunately a couple ganged up against me and said I stole the money from the company.”

Morah, who contested for the House of Representatives in her constituency in Anambra State, added that “my partners began the use of negative publications against me. But then when I saw the publication in some junk and prominent newspapers back then in 2015, I decided to put a rejoinder in THISDAY over the matter, and when there was no response from them, I went to court, but the matter was settled out of court in my favour and we had a consent judgment. I didn’t defraud my company and I was never jailed by any court.”

She condemned the injury the fraud allegations caused to her person and business, adding that “being a legal practitioner, you know that credibility is everything in my profession. If I was a fraudulent person as they captioned in most of the junk publications, I would have been summoned before the disciplinary committee of the Nigeria Bar Association (NBA).

“A lot of very senior advocates of the prestigious inner Bar have been summoned before the NBA’s disciplinary action committee and they have been disbarred and their names have been removed from the roll call of Legal Practitioners. So I don’t see how a junior member of the outer bar can go around with fraud allegations hanging all over her, without being investigated. So it is evident that it was junk publicity, targeted at maiming my Personality and businesses.

It is malicious prosecution at its worst description which was instituted against me but in end, the prosecution moved for the removal/withdrawal of the matter they originally instituted from the Magistrate court that was handling the matter. This they did Suo Moto and eventually, they conceded to a consent judgment based on the law suit & series of facts I had instituted at the Federal High Court in Ikoyi, which was in my favour.”

“I am using this opportunity and medium to tell the world that I have never been involved in any fraudulent acts neither will I be in the future nor was I jailed for any unlawful act. I want the world to know the true state of what happened in 2015 which has ingloriously dented my hard-earned personality and business relations.”