The Federal University, Oye Ekiti (FUOYE), one of the nine federal universities established under the administration of former President Goodluck Jonathan, has been reeling under the burden of its two students killed during a recent protest and a 16-year student allegedly impregnated by a professor.

During its protest staged on Tuesday, the Students Union Government (SUG) alleged that operatives of the Nigeria Police Force shot live bullets at the protesting students, thereby killing a 100-level student of Crop Science and Horticulture, Oluwaseyi Kehinde and a 300-level student of Biology Education, Joseph Okonofua.

Among other witnesses, the President of the SUG, Oluwaseun Awodola claimed that the shots, which killed the two students at the prime of their lives, were fired by police officers who tried to protect the wife of the governor of Ekiti State, Bisi Fayemi.

The Ekiti State Police Command through its spokesperson, Caleb Ikechukwu, denied the death of the two students, claiming that the report was “baseless, unfounded and only intends to incite and create panic in the minds of the peace-loving people of Ekiti and the general public.”

But Fayemi’s wife denied ordering her police orderlies “to shoot at the students and that she did not meet the students directly during the protest. The casualties that were recorded did not take place while I was there. There are eyewitnesses, photographs and video footage to confirm this.”

Rather than speak on the death of the two students, the State Commissioner of Police, Mr. Asuquo Amba claimed that the command had already arrested two students in connection with the attack on the convoy of Bisi Fayemi’s wife and her security details.

The police chief, also, claimed that the two rifles seized from the police during the crisis had been retrieved and that two of his men were wounded while two police vans were burnt during the attack.

Amid these controversies, the Ekiti Council of Elders has expressed grief over the killing of two undergraduates, asking the police to be more professional while discharging their duties and handling sensitive crisis situation to avert bloodshed.

The council expressed its grief in a statement by its chairman, Prof Joseph Oluwasanmi. It commiserated with the state government and families of those who lost their lives during the protest.

The statement read in part: “We call on the students and youths generally to eschew violence in all ramifications in expressing their grievances. Also, there was need for the Nigerian Police to be more professional in handling issues of this nature.”

However, just before the protest erupted, the university had been battling with a sex scandal allegation involving a former Head of the Department of Criminology, Prof. Adewole Atere and a 16-year-old student, Precious Azuka.

Amid fear of parents and pressure from Atere’s subordinate in the department, Dr. Chinedu Abrifor, a fact-finding committee set up by the office of the then acting Dean of Students affairs, E.O Adeyemi revealed that the teenage student eventually opted to abort a 21-week pregnancy.

Because the pregnancy was already 21 weeks, report said dilation and curettage “can no longer be conducted, and thus offered to induce Azuka to labour. Azuka was asked to return to the hospital as soon as the foetus was expelled. On the morning of July 27, 2017, Azuka went into labour and expelled the foetus.”

Rather than handing over the suspect and the report of the fact-finding committee to the police command for further investigation, the Vice Chancellor of the university, Prof. Kayode Soremekun accepted Atere’s resignation and allowed him to escape justice.

Speaking with THISDAY yesterday, FIDA chairperson, Mrs. Oluwaseyi Ojo, said it was a great Injustice to Azuka that the person accused of defiling and impregnating the 16-year-old student, a minor according to the law, was not prosecuted.

Ojo said Atere’s resignation from the university “is not enough punitive measures against the alleged culprit. FIDA is interested in the reopening of this case because we were involved right from the point when the crime was committed.

“We spent our time and money, but it was like the authorities who could have helped us failed to discharge their duties. It was a great Injustice that the university’s management and the police could not get justice for such a minor. They failed in this regard.

“If people are saying that the proper thing must be done and they are calling for justice, FIDA is in support , because sexual abuse is now rampant on our campuses. But our problem and fear now is that, will the police be ready to arrest Prof. Atere? Would the school authority be ready to release the outcome of the panel that indicted the lecturer?” 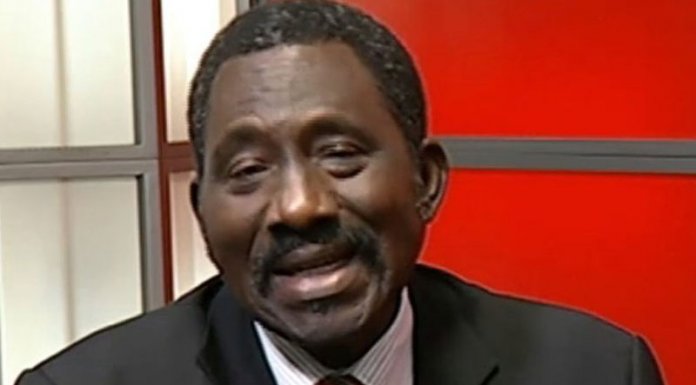