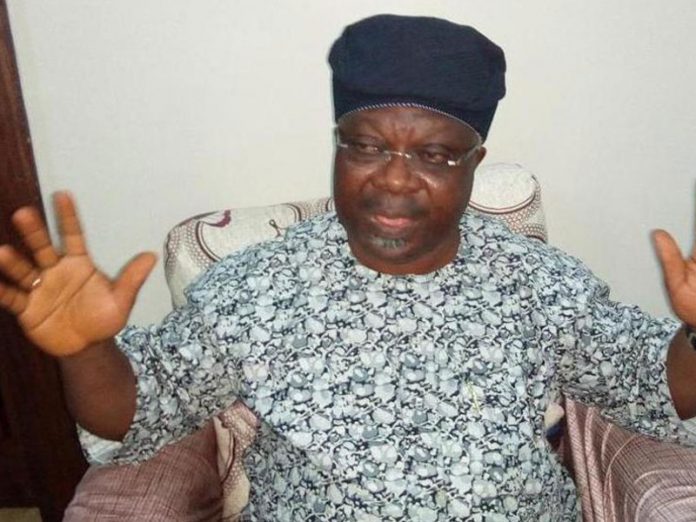 For some inexplicable reason, the silence from the camp of Senator Iyiola Omisore, a former deputy governor of Osun state, is palpably eerie.

Many will recall that earlier in the year and in the build-up to the governorship election in the state, he was very visible and in the consciousness of political observers, having suddenly been thrown up as the bride that the two leading political parties in the country, All Progressives Congress (APC) and the Peoples Democratic Party (PDP) were scrambling to woo.

He wielded strong political influence, especially after the Independent National Electoral Commission (INEC) declared the governorship election in the state inconclusive and ordered a run-off.

After wide consultations with his camps, he pitched his tent with the ruling APC, a move that reportedly contributed to the victory of the incumbent governor, Gboyega Oyetola, over PDP’s candidate, Ademola Adeleke.

But many months after the election, it was gathered the man may have been ‘scammed’ as he has been left out in the scheme of things by the ruling party both in Osun and at the federal level.

For this, a source described his predicament as that of a man wandering in a political wilderness.
It is a fact that his ambition of becoming the number one citizen of his state has pitched him against so many people in and outside Osun.

It all started as a deputy to then-governor of Osun, Chief Bisi Akande.
In 2014, he contested on the platform of Peoples Democratic Party but lost to the Action Congress’ candidate, Rauf Aregbesola. His political career would later suffer a huge blow.

But like a man with nine lives, he tried to come back into reckoning in the state.
Shortly after completing his Ph.D. in Engineering that kept him away for a while, he bounced back as a force to be reckoned with in Osun politics.

That was after Ademola Adeleke of PDP won the Osun West senatorial district poll. He was said to have contributed a great deal to Adeleke’s victory.
Following that development, some of his disciples who had left him during the turbulence years reportedly returned. In their thinking, it was his time to realize his age-long ambition of ruling the state.

But Society Watch gathered that the intrigues, horse-trading and power play in the PDP made a mess of his ambition.
In a desperate move to realize his ambition, Omisore dumped PDP for the Social Democratic Party (SDP).