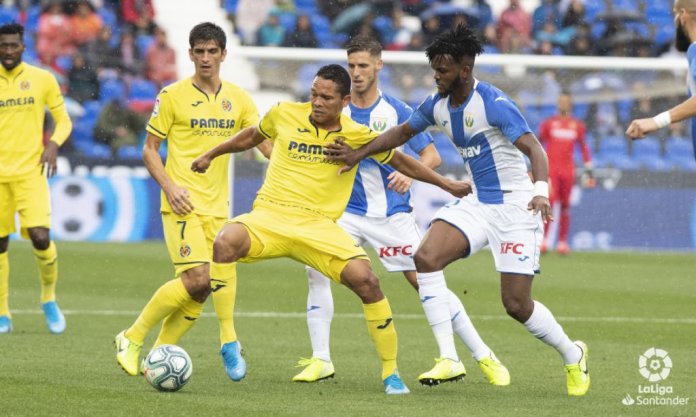 Chidozie Awaziem made his debut for Leganes who lost 3-0 at home to Samuel Chukwueze’s Villarreal in their LaLiga clash yesterday in Spain.

But Awaziem’s Nigerian teammate, Kenneth Omeruo, was however not listed in the Leganes’ matchday squad.

Super Eagles youngster, Samuel Chukwueze was benched for the entire duration of the game after previously featuring in Villarreal’s opening three league games of the campaign.

Awaziem played the entire duration of the match, but would have wished for a good result to mark his first game for the Mauricio Pellegrino’s team.

Gerard Moreno’s double and a Jonathan Silva’s own goal gave Villarreal a comfortable away victory at the Estadio Municipal de Butarque.

Buhari Felicitates With Anyaoku at 88

The Nigerians on Biden’s Governance Team