No fewer than 40 residents of Katsina State abducted by armed bandits in Shinfida, Mallama and Zango villages under Jibia and Kankara Local Government Areas (LGAs) are still in custody of their abductors, according to a document obtained by THISDAY.

Aside from the victims who are yet to be released from the captivity of armed bandits, however, the document revealed that the administration of Governor Bello Masari had facilitated the release of 21 kidnapped persons including a nursing mother and her three-month-old baby.

With these records, the Nigeria Union of Journalists (NUJ), Katsina Council, commended the Masari administration for coming up with a peace deal with armed bandits and other initiatives to stem the wave of banditry and kidnapping in the state.

This figure was revealed in the document THISDAY obtained from the Katsina State Government, though the number of kidnapped residents still in the captivity of the armed bandits across the state might be more than 40.

Likewise, Masari confirmed the figure when he received five freed victims of armed bandits at the Government House, Katsina on Friday, promising to secure the release of every resident kidnapped in the state.

Masari had initiated a peace deal with bandits terrorising eight frontline LGAs of the state where he met with leaders of the miscreants in Dankolo, Dansabau, Dangeza, Runka, Tsamiya, Shinfida and Baranda villages.
But the document, which showed the number of captives released so far, revealed that the state government was able to secure the release of the kidnapped persons with the declaration of amnesty for all kidnappers in the state and subsequent deal that offered exchange of captors for their captives.

The document, also, revealed that four of the bandits handed over two Ak47 riffles and ammunitions to the state government after denouncing their heinous crimes, which had claimed many lives in the state.

The repentant bandits, who include Abdullahi Mairafi, Audu Danda, Ardo Nashawali and Sale Dangote, assured the state government that the disarmament phase of the peace deal had just begun, saying more firearms in their custody would be surrendered to state government.

Speaking on the peace deal, Masari claimed that the state government released 21 suspected bandits earlier apprehended and detained by security operatives in Katsina, Kaduna and Kano States to ensure speedy release of remaining captives in custody of the miscreants.

Masari said: “From the report we heard, we are still awaiting 18 people to be released from Shinfida LGA, about 14 from Mallama all in Jibia LGA. We are expecting another eight from Zango in Zankara LGA.

“There will be some people under their captivity that we don’t know. But for those that we know, we are expecting to receive from them (bandits) no less than 40 people covering from Kankara and Jibia local governments.”

He said the state government’s dialogue with leaders of the bandits in their closest hideouts in eight frontline local government areas of the state has started yielding positive results considering the level of cooperation they accorded him by freeing captives detained in their camps.

Masari added that the state government in synergy with security agencies would not relent until banditry and other nefarious activities orchestrated by bandits were eradicated to pave the way for lasting peace in the state.

Sefiya Ibrahim, one of the captives said: “I was sleeping when I heard gunshots. One of them brought a gun close to me and asked me to follow him or he would shoot me.

“During the process, they shot my 22-year-old son on his leg and hand before they dragged me to main road and forced me to enter their motorcycle.

“We spent 58 days in their custody. Some times they denied us food and beat us for not paying the ransom they demanded from our people. I thanked Katsina State government for freeing me.”

In a statement by its Chairman, Buhari Daura and Secretary, Turkur Dan-Ali, the Nigeria Union of Journalists (NUJ), Katsina State Council, commended the Masari administration for initiating a peace deal with armed bandits.

The union also condemned the recent attack on the house of the Secretary to the State Government (SSG), Dr. Mustapha Inuwa and two All Progressives Congress (APC) offices in Dan-Masu LGA by some aggrieved youths in the area

The statement read in part: “The Katsina NUJ thanked Governor Aminu Bello Masari for taken active measures towards overcoming the problems of banditry and kidnappings affecting the state.

“We observed with keen interest and commendation the highly matured attitude and experienced style of leadership shown by the governor of Katsina State by meeting the bandits inside their closest hideouts.

“This decision has started yielding positive result indicating that peace and harmony were about to be restored in all areas of Katsina State,” the statement said.

The union, however, sympathised with families of those killed or kidnapped by the miscreants during their nefarious activities and urged residents in the eight frontline local government areas of the state to be security conscious. 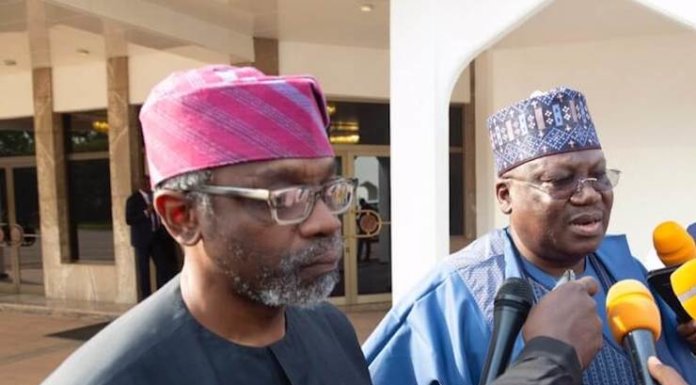