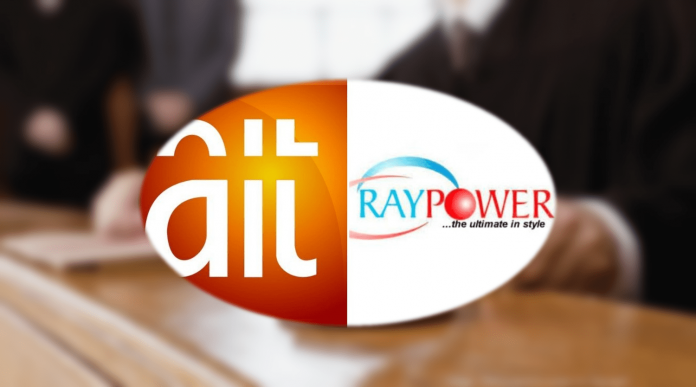 I really don’t understand why this momentous occasion didn’t attract a lot more mentions and accolades than it has received…why other practitioners and “offsprings” are not rolling out the red carpets to boldly punctuate this hallmark? One guess is the polluting sewage of ongoing political aggrandizement. To be fair, the fact that the first independent private radio in Nigeria clocked 25 years of unceasing, resourceful and attractive broadcasting is truly worthy of generous acclamation – across the media spectrum.

Writing about Raypower’s journey through the years – especially the first pioneering decade, didn’t need copious side-notes, tedious research, background interviews and such scholarship – for me is a stroll through history. We have always been at the fringes, from pre-launch, the test transmission, the false countdown, the shutdown, the miraculous reversal and the blast of the day one broadcast on September 1, 1994.   Sometimes, we have found ourselves deeply involved in keeping the dream alive, (especially after the even more prodigious erection of the massive television octopus in 1996) – swapping strategies and points of view with the incredibly energetic and visibly calculating sprit-being of Raypower, Chief Raymond Dokpesi, and the cream of his star-studded pioneering staff.

When Raypower started test transmission late December of 1993 on 100.5 frequency modulation, the country was in the throes of anguish, threats and general unrest as a result of the annulment of the June 12, 1993 presidential election barely six months earlier. It was such a moment, on hindsight, that it was foolhardy to grant a broadcast license to a private citizen, for the first time, and be unwary of dire consequences of misuse or sabotage or whatever evil machinations enemies of a fast depreciating military junta could whip up. Obviously, Dokpesi must have been seen as an apple of Maradona’s eye who was above reproach…with absolute confidence that the experiment would not boomerang. That was in 1992.

Unfortunately, the new year (1994) ushered in a new Sheriff who perceived danger all around him, and lashed out as he deemed appropriate. The infant outfit, still doing “testing testing”, was declared an “illegal station” on January 15, 1994 under the vehement gaze of Gen. Sani Abacha. In the words of a leading “benefactor” of governmental rascality:  “then began a period of extreme pain and suffering…”. Exactly nine months after, ostensibly finessed by the diplomatic skills and charm offensive of Dokpesi, the station received the “all-clear” signal on August 15. The work-starved professionals swung into action, and launched commercial broadcasting on that cool first day of September, 1994.

The first six months of Raypower were indeed rays of solid professional, hi-tech display of light programming, fluid presentations and the unprecedented capacity to take the “studios” outdoors… into clubs, homes, event venues, all sorts of spaces, and broadcast live…from anywhere around Lagos. If older state-funded stations were dazed by the dash and bravura of the new kids on the block…the realisation of what everybody thought was a reckless threat, to broadcast for 24 hours everyday, simply “killed” the cynicism of the ageing establishment.

The miracle of Raypower of the 90’s was not squeezed into reality by some magic, luck or some dodgy government patronage. The greatness of Raypower is carved by an admix of unassuming talents strangely infused with the capacity for industry, diligence, resourcefulness, dare-devil determination to tread where normal people would run mad…and the unNigerian ability to work, sacrifice, deposit all that the pioneer staff had or could muster…as if it was their personal business which must rise and soar, even as the world was coming to end!

One can also argue that it is either Dokpesi was the luckiest man in the world or the gods congregated at a sleepy swathe of forestland around Alagbado… somewhere on the outskirts of Lagos, in Ifako-Ijaiye LGA…and marked the spot as their “miracle mountain”.

One of the smartest things Dokpesi did in birthing Raypower was his ability to turn the hearts of some of the best voices and minds on radio led by the young-looking headmaster at the high-flying new FM station of Ogun State, OGBC-2, self-styled “the ultimate in style”. His voice, skills and manipulation of songs and sense endeared me so much to Olusesan Ekisola that around 1979, I would risk expulsion from secondary school to be at the poolside disco weekend show inside the Ogun State Hotel, Ibara, Abeokuta, knowing that Ekisola and good fun would be available.

Today, that forestland of Alagbado is now a city of sorts, dotted with tarred roads, residential buildings, electricity, and other modern amenities and infrastructure.

In recognition of the singularly momentous intervention the arrival, flowering and sustenance of Dokpesi’s dream has had, and still has on the trends, creativity, knowledge, culture and awareness of Nigerian listenership, I submitted perhaps the longest published entry in my 1999 “Millennium Mementos” dedicated to honouring the biggest influencers in the entertainment annals of Nigeria… here’s what I wrote then, and still stand by today, on Raymond Dokpesi:

“When it comes to bold innovations and bravura in pulling chestnuts out of broiling furnace, your best partner is Raymond Anthony Aleogho Dokpesi. You may not like his style or distrust his ambition, no one can dismiss the incredible attainments of the Aghenebode (Edo) high chief in the entertainment world of Nigeria. Born in Ibadan, Oyo State, on October 25, 1951 the Ray of Raypower FM, stormed big business with a loud splash – launched the first shipping line this side of the world with pioneer billionaire, Chief MKO Abiola, Gen. Shehu Musa Yar’Adua and Alhaji Bamanga Tukur, still in his 20’s!

“Nearer home, and relevant to us, are his forays into broadcasting and entertainment. As usual, it was with the biggest splash late in the century that Dokpesi, a first class graduate (received his doctorate degree in Marine Engineering at age 26), seized our hearts and dance steps with the commencement of broadcast signals of Raypower 100.5 FM on September (1), 1994. He practically combed out a modern production city-village out of the rustic wasteland of Alagbado, on the outskirts of Lagos State.

“Working with some of the brightest minds in radio (Kehinde ‘Keke’ Ogungbe, Dayo ‘D1’ Adeneye, Steve ‘the Sleek’ Kadiri, Dennis ‘the Menace’ Ogi, Segun ‘Shy-Shy’ Shyllon, Jumobi Adegbesan, Yemi Adenuga, Tony Akiotu, etc) the new station soon launched a sleepless parade with its 24-hour programming and music jamming. It was so unprecedented that competitors were rolling on the floor, confident that the charade would fail. Of course, history has recorded their shock and distress at the phenomenal successes and dizzying elevation Raypower has recorded in so short a time. In stead of smirking with “didn’t-we-tell-him-so” recriminations, Dokpesi’s competitors have been chasing after his shadow ever since.

“And trust the hard-nosed business man, while simple men and women would pursue means  of calming their opponents’ nerves, the doctor of engineering from University of Gdansk, Poland, pushed in the screw-driver – and what a giant one. Large of frame and awesome in gait, Dokpesi revealed himself usually in the expansiveness of his projects. The concept, planning, financing, acquisitions and man-power outlay of African Independent Television, AIT, about two years after Raypower, in 1996, simply took away the breath of everyone, most especially veterans who wrote the scripts of Nigerian broadcasting. Dokpesi tore the scripts into shreds, and wrote a sparkling new script – Nigerian broadcasting and entertainment have never been the same again.

“If still in doubt, ask countless Nigerian artistes, promoters, actors, producers, award organisers and sundry practitioners of show-busimess how their lives and professional exertions would have ended if not for the sometimes effusive and bewildering interventions of Dokpesi’s media muscle. Surely, Nigerian entertainment owes Raymond Alaegho Dokpesi, a resounding standing ovation…yet he’s still a young man.”

It is our prayer though that the labours of the pioneers and their legacy of unstinted devotion and sacrifice have not been, and shall never be in vain. Happy 25th anniversary.,

editor - June 15, 2021 3:58 am
11
BY REUBEN ABATI I have been privileged to interview quite a number of world leaders in the course of my journalism career. These include President...