The former king, His Royal Majesty, Professor Chukwuka Okonjo, who ascended the throne in 2007, died in Lagos yesterday at age 91.

Secretary to the Obi of Ogwashi-Uku palace, Lawrence Okolobi, who issued a statement on the demise of the monarch yesterday in Ogwashi-Uku, disclosed that the process of rites of passage of the departed traditional king and the installation or coronation had commenced simultaneously in consonance with culture and tradition of the Kingdom of Ogwashi-Uku.

“Accordingly, the rites of coronation of Prince Ifechukwude Okonjo, the third son of the late monarch began at about 3am on Friday, including his formal crowning, while other rites would continue for the next 21, with the next seven days being the most critical, the statement disclosed,” Okolobi said.

THISDAY was at the Obi’s palace yesterday to witness some of the coronation rites conducted by traditional council of chiefs, kingmakers and elders drawn from the relevant clans amid intermittent gunshots.

Specifically, Ifechukwude, a financial management expert and CEO of Chevy Chase Consulting, had been duly installed as the new Obi of Ogwashi-Uku Kingdom.

The installation rites included the cleansing of the palace ground with a live mother hen tied with palm leaves and white chalk mixed with coconut water symbolising peace.

The ascension of Ifechukwude (meaning, what God has destined) Okonjo followed the completion of necessary traditional processes.

The process also included the new Obi’s endorsement and presentation by the Umu Obi Obahai Royal Family of Ogwashi-Uku and the traditional chalking and crowning ceremonies conducted by the Ikelike and Agidiehi Kingmakers in Ogwashi Uku.

The new Ogwashi-Uku monarch, who also worked for Halliburton Nigeria, attended Federal Government College, Enugu. He obtained his A-levels as an external student of the University of London before proceeding to United States of America where he bagged two degrees in Economics and History from University of Maryland, College Park and an MBA from University of Edinburgh, Scotland.

He is currently pursuing a doctorate in Business Administration from University of Paris, in France.

”A transformational minded leader with a deep and abiding love for his people, His Royal Majesty, ObiIfechukwude Chukuka Okonjo’s focus is to be a forward-looking and inclusive traditional ruler who will elevate his people by serving as a champion of translating progressive and practical ideas into action,” said the statement from the palace.

Okonjo-Iweala announced the death of her father and the ascension of her brother to the throne through her verified Twitter handle @NOIweala.

She tweeted: “It is with thanks to Almighty God that I announce two impactful events: The ascension to the throne of the Ogwashi-Uku Kingdom of my brother, Obi Ifechukwude Chukuka Okonjo, upon the passing away of my father, Obi (Professor) Chukuka Okonjo at the age of 91.”

The former minister said her father died in Lagos shortly after he returned from the United States, according to a statement by her Media Adviser, Paul Nwabuikwu.

Okonjo-Iwaela said her late father, who was a professor of mathematics, was a passionate intellectual and prolific writer whose last book was published at the age of 90.

“He touched so many lives personally and professionally and was an unrelenting believer and practitioner in the power of education to transform lives.

“In pursuit of this commitment, daddy sponsored the education of at least 19 students up to university level in addition to his own seven children. He inspired and motivated so many more.

“Having witnessed the ravages of war, he was committed to unity and peaceful coexistence of all.

“From his marriage of 66 years to our mother, Professor Kamene Okonjo to his dedication to duty, he was exceptional,” the statement quoted the former minister to have said.

She said her dad would be remembered most as a loving father and an inspiration, who led by his own example, the value of a life of service anchored on integrity, fear of God and love for others.

The former minister said that the late Monarch, Chukwuka Okonjo, whose hobies were gardening and dancing, used to be a teacher with the Nigerian Railway Corporation (NRC) in Lagos.

“Though it was a normal thing; I was happy I had a father and mother who liked and did things for me and my younger ones. I went to school because my father was a teacher. He told me many things which other people didn’t know. So I did those things and he saw to it that I got as much education as possible and it seemed that I did slightly better than other people who were around. He said I should further my education so that I would become a “big man”, she said.

The late monarch began his education at the age of six at the government school in the town of his birth Ogwashi-Ukwu. In the following year, 1935, his family moved to Lagos and he went to the Ladi-Lak Institute, Yaba, Lagos.

This school had only been founded one year earlier, on June 4, 1934, by the lawyer Rita Akaje Macaulay. It was a small primary school with only four pupils in its first year. Okonjo was at this school for three years until 1938 when he went to the government school, Lagos where he spent the academic year 1938-39.

In 1939, the late Prof. Okonjo began his secondary education at King’s College, Yaba, Lagos. In 1944, he moved to the Dennis Memorial Grammar School, Onitsha where he spent the year 1944-45. This school, founded and run by the Church Mission Society, was established in 1925, nearly 70 years after the society began its mission in the area.

This long delay was due to the society believing for a long time that its role was the propagation of Christianity for which secondary education was not necessary.

By the time Okonjo attended the school, it had made great efforts to provide top quality science teaching in line with government policy. E D C Clark was principal at this time and had improved standards. Okonjo was awarded University of Cambridge Overseas School Certificate in 1945.

This college, opened in January 1934 in Yaba, a town which has now become a suburb of Lagos, was a men’s college which was affiliated with the University of London, England. The college trained science teachers and offered diplomas but students wanting higher education had to study correspondence courses and obtain degrees from the University of London.

His studies as an external student of the University of London from 1948 to 1951 led to Okonjo being awarded a B.Sc. in Mathematics, Logic and Scientific Method in 1951. He had studied as a University of London external student while teaching at various schools in Nigeria. He had been a Tutor at Government College, Umuahia (1949-50), a Tutor at West Boys High School, Benin City (1950-51), and Principal of Ibadan Boys’ Grammar School (1952-55).

In 1955 Okonjo went to Germany on a German government scholarship to study at the University of Erlangen-Nurnberg, where he remained until 1961. He moved to the University of Cologne, Germany in 1961 where he studied for a doctorate advised by Ewald Burger and Johann Pfanzagl.

Okonjo was awarded a Dr.rer.nat. (Mathematical Economics and Statistics) by the University of Cologne in 1962.

Returning to Nigeria, he was appointed as a Lecturer at the University of Ibadan in 1962 and promoted to Senior Lecturer two years later.

In 1967, Okonjo moved to the University of Nigeria Nsukka, where he was appointed as a Senior Lecturer. He became a Brigadier in the Biafran Army and Head of the Biafran Organisation of Freedom Fighters during the war. The war ended in January 1970 with defeat for the Biafrans.

In 1971 he was promoted to Professor of Economics at the University of Nigeria. He continued to hold this position until 1974 when he began working for the United Nations.

He was married to Kamene Ofunne and they had seven children, including Nigeria’s former Minister of Finance and economist, Dr. Ngozi Okonjo-Iweala. 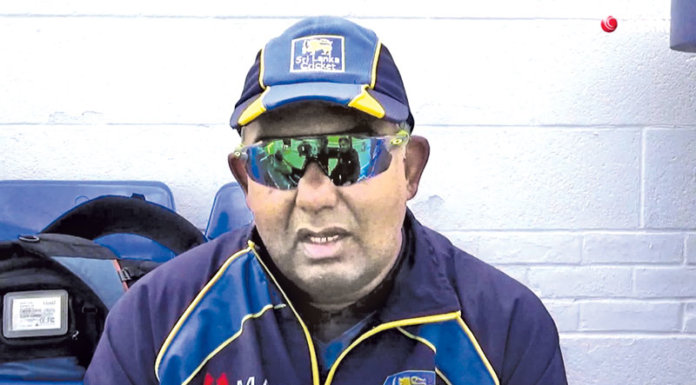