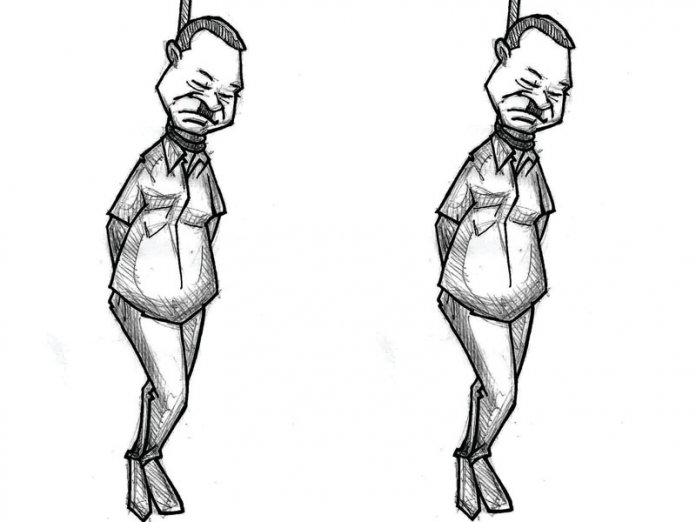 To mark the World Suicide Prevention Day last Wednesday, the World Health Organisation (WHO) revealed that the total number of countries with strategies to combat what has become a global epidemic, remains 38. Nigeria is not one of them. “Despite progress, one person still dies every 40 seconds from suicide,” said WHO Director-General, Dr Tedros Adhanom Ghebreyesus. “Every death is a tragedy for family, friends and colleagues. Yet suicides are preventable. We call on all countries to incorporate proven suicide prevention strategies into national health and education programmes in a sustainable way.”

With an average of one death every 40 seconds, suicide is topping the chart as the number one killer. Even if that is a global index, a recent survey shows that many Nigerians have committed suicide in the last few years than in previous times, although some of the deaths are kept away from the public arena. Taboos and the stigma attached to the issue conspire to hush up incidents of suicides. Many suicide notes are filled with confessions that the victims had no one to talk to. Loneliness and the absence of support are the bedrock of suicide incidents.

There is a spike in the number of suicides in our country. On 6th April, a lecturer at the Department of Mathematics, University of Ibadan committed suicide. There were reports that he took his life after an unfulfilled dream of completing his PhD programme. Also on 19th April, a 100-level student of Kogi State University, Ayingba took her life after she was jilted by an unnamed boyfriend. She drank a pack of insecticide, Sniper, and was rushed to Federal Medical Centre, but it was too late. On 29th April, another undergraduate, a 100-level student of Chemical Engineering at the University of Port Harcourt, Rivers State, committed suicide after drinking two packs of Sniper. And on 4th May, a 26-year-old hairdresser in Lagos took her life two weeks after her boyfriend ended their relationship of two years.

The most common methods of suicide, according to WHO, are hanging, pesticide self-poisoning, and firearms while key interventions include “implementing programmes among young people to build life skills that enable them to cope with life stresses; and early identification, management and follow-up of people at risk of suicide.” A common denominator is depression, a prevalent ailment that we seem to pay scant attention to in Nigeria. One of the keys to reducing rate of suicide in a country, according to WHO, includes “responsible reporting of suicides by the media” to avoid the risk of inspiring copycat attempts as well as care for people suffering from mental and substance use disorders, chronic pain and emotional distress.

Many of those who have been interviewed in recent times said they attempted taking their lives after bouts with depression. And these, more than ever before, are depressing times when, as the Holy Writ aptly puts it “men’s hearts are failing them”. The harsh economic condition has led to all sort of mental health challenges among the populace that could result in suicidal instincts. And confronted with this type of trepidation, some people believe they are better off dead.

This is where the role of community and faith-based organisations becomes handy. Where government fails to set up trauma centres, faith-based bodies should be active in providing care and counselling to single parents, out-of-job youths, drug addicts and rape victims, as this set forms the bulk of those with suicidal tendencies. Above all, nothing can replace individual admonition to self. In times like these, as we have always admonished, citizens must fall back on internal philosophy that places hope above despair and purpose above emptiness.