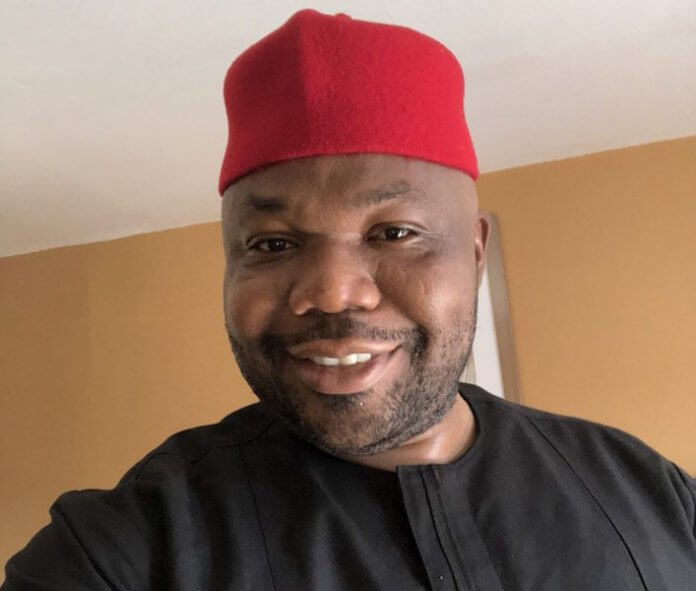 The Former Director of Strategy and Communication to President Goodluck Jonathan and publisher and founder of Pointblanknews.com, Jackson Ude has been conferred with the Peace Ambassador award of Centre for Peace Studies (CPS), Sri Lanka.

The award conferred on the veteran Journalist by the independence juries of the Centre for Peace Studies is a as a result of his outstanding contribution to the media, his fight against corruption and advocacy for good governance and democracy.

The laurel bestowed on Ude according to the letter signed by Prof Dr. Riyas Sulaima Lebbe, Executive Director CPS is to promote United Nations sustainable development goal 2030 as volunteer worldwide and to create a better world for future generation. The top-rated journalist was nominated by Dr. Charles Wratto.

CPS also urged Ude to stand up for those suffering in the world and to make urgent progress towards a peaceful resolution adding that in doing so, the CPS can give meaning to its vision of a “Reconciliation through Tolerance” that will act in the collective interest and fulfill every humans responsibilities on the land.

CPS, Sri Lanka which is committed to peace and human security has over 100 Peace Ambassadors in 22 countries.

The CPS-Peace Ambassador of the year 2019 award is scheduled to take place on Saturday, October 5, 2019 in Colombo, Sri Lanka at the BMICH (Jasmin Hall) at 2.30PM.

Ude, a seasoned Nigerian-American Journalist with over 25years of experience within Nigeria and the United States was born in Amurie, Nkporo in Ohafia Local government of Abia State, Nigeria.

He fled Nigeria in 2002 after his life was threatened over an investigative News story, he authored published in the defunct Post Express Newspapers, which angered the then Government of former President Olusegun Obasanjo.

Ude was immediately granted Asylum in the United States where he continued his Journalism career.

He was elected the Student Union President of CUNY, Lehman College. While as a student, Jackson Ude had served as an Advisor/Member to the University Student Senate, New York. He also served as the Coordinator of City University of New York students for the Obama Presidential Campaign where he travelled and campaigned for the U.S President in Michigan, Philadelphia Massachusetts and New York.

Immediately after graduate studies, Jackson Ude was invited by the Government of President Goodluck Ebele Jonathan in 2013 to work as Director of Strategy and Digital Communications in the Presidency.

Ude is the Publisher/Founder of www.pointblanknews.com, a flagship anti-corruption news website that has exposed corruption in Nigeria since its inception in 2007. He has used his website to fight corruption and expose stealing of public funds by Government officials and politicians in Nigeria. He is an advocate of Good Governance, democracy and rule of law

He worked with some Newspapers in New York including as a Staff Reporter with Bronx Journals. He also worked with African Abroad Newspapers, New York as an Assistant Editor.

Jackson Ude had also worked as a Civil Servant in the U.S and with several Health Insurance Companies in New York and with the New York Department of Health and Hospital Management.

Truck Owners to Use NPA’s E-Call to Access Apapa Ports from Feb. 27