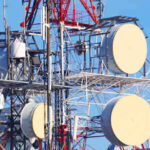 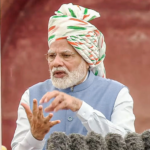 Armed robbers in the early hours of yesterday raided the off campus hostel of Ibrahim Badamosi University (IBB) in Lapai, Niger State.

The 25-room hostel accommodates both male and female students of the university.

An eyewitness told THISDAY that the robbers arrived the hostel at about 12 midnight and started ransacking all the rooms.

Some of the robbers were said to have stayed at the entrance to the gate, while the others went from room to room to lock up the students after which they started the raid.

It was gathered that the entire cell phones of the students, laptops, cash and other valuable items were taken away by the robbers.

The robbers demanded from the female students’ jewelries and expensive clothes and reportedly slapped several times those who did not have.

“They operated from 12 midnight till 2 a.m. before they left the same way they came,” one of the students said, adding that “it was after the robbers have left that the police came.”

An unconfirmed report, however, said some of the girls were injured while others “suffered serious shock.”

One of the university’s information managers, Mr. Baba Akote, when contacted said the institution was yet to be aware of the incident because it did not happen on the campus.

w“We are already investi-gating the matter,” Abubakar said, adding that the robbers would be apprehended and brought to justice.