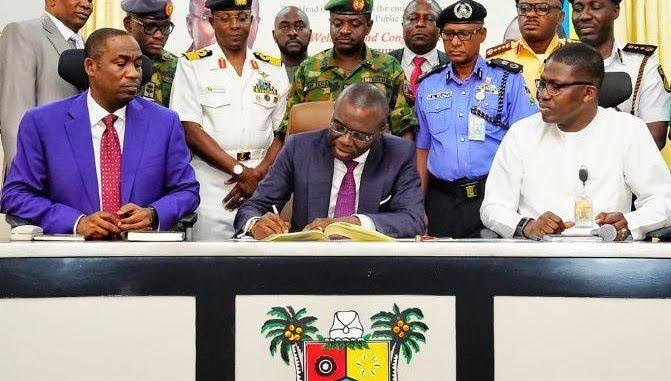 Eromosele Abiodun who assessed the 100 days in office of Lagos State Governor, Babajide Sanwo-Olu based on his inroads in traffic management and transportation, health and environment, education and technology, writes that though the task of developing the state remains daunting, the governor has indeed hit the ground running

“I know Lagos so well because I have spent more than 15 years serving Lagos,” Babajide Sanwo-Olu told a gathering of young editors on the hot afternoon of November 6, 2018 as he answered questions from journalists on the governorship campaign trail.

“I know Ajangbadi, I know Okokomaiko, I know Igando and Ikorodu. I will develop the Island as I would the mainland. I promise you that we will always listen and take feedback on board when I become governor,” he emphasised, his eyes beaming with hope, desire and enthusiasm on that Saturday. 111 days later, he was elected governor, 98 later he was sworn in.

Indeed, the last 100 days have seen Governor Babajide Sanwo-Olu traverse Lagos in a bid to deliver on his covenant and promise to Lagosians. No doubt, the task of setting Lagos on the path of sustainable development remains daunting, but there is an air of hope and early signs of steady progress.

For instance, Lagos was neck-deep in dirt and filth when Sanwo-Olu took over as governor, but less than two months after, the state is much cleaner. The last 100 days have seen Sanwo-Olu intervene in strategic areas which were highlighted in his intervention blueprint. A plan which is designed to deliver a “greater Lagos.”

From the very start, the governor was methodical in his approach to governance. Hinging his growth and development agenda on six broad pillars, he believed that the vision of a greater Lagos could be a reality.  To Sanwo-Olu, comprehensive interventions in Traffic Management and Transportation; Health and Environment; Education and Technology are sine qua non to achieving the vision of a greater Lagos and placing the state among the comity of great global cities.

The six pillars were carefully coined into the acronym T-H-E-M-E-S (Traffic Management and Transportation; Health and Environment; Education and Technology) so that every Lagosian can remember and have a basis for evaluating the performance of the new government.

Therefore, in the last 100 days, the governor has poured his energy into making Lagos work again. So, the traffic situation in the state is being tackled using different approaches to determine the most optimal measures that can be adopted. Experiments and simulations have even been conducted, in the search for workable measures. The environment is receiving greater attention and has become cleaner. Education has suddenly become a priority of government again while technology is being considered as an enabler of 21st Century jobs.

The first step Sanwo-Olu took to curb the terrible traffic congestion in Lagos was to immediately address road infrastructure. Although this remains work in progress, at least 105 roads have received one form of facelift or the other in the last 100 days.

All of these roads, among many others have either been paved and remodeled, upgraded or received some form of remedial upgrade. These exercises have touched several parts of the state from Badagry to Lagos Island, from Epe to Ikorodu.

Sanwo-Olu’s first directives as governor were targeted at traffic and waste management. He gave the marching order to state officials to immediately begin the process of fixing potholes and construction of dilapidated roads across the state the week he took over as governor.

“The last few months of the last administration saw a lackluster attitude towards roads infrastructure in Lagos, so the whole system seemed to have shut down when Sanwo-Olu took over,” said Stanley Medjere, a lawyer. “But things have improved. This has helped to ease the traffic snarl in the state”, he added.

The visit of the governor to LASTMA office at Oshodi on June 14, where he increased the operatives’ hazard allowances and also reeled out the riot act directing LASTMA to enforce Lagos traffic laws to the letter, even if the offender was a member of his own family, was indeed an eye opener. Following the visit, new messages were launched on billboards, radio and television, enlightening Lagosians about traffic rules, their rights and consequences of breaking the rules.

100 days later, there is evidence that incidences of driving against traffic (popularly known as one-way) have significantly reduced, and though occasional traffic is still spotted in the city as a result of ongoing road construction work, Lagos is on the move at a faster pace.

Health and the Environment

On September 3, 2019, just 97 days after the governor was sworn into office, he commissioned a 110-bed Maternal and Child Centre (MCC) at Ajah, Eti-Osa Local Council Development Area (LCDA), a testament to his commitment to health care, maternal health and children.

“We will ensure quality health service delivery, increase access to maternal and child health services in Lagos State,” the governor told the small audience that gathered to witness the event. Apart from that facility, another newly rehabilitated medical facility has been opened for public use in the same local government.

But beyond buildings and rehabilitation of infrastructure, the state government has taken some bold steps to directly intervene in areas of concern and pressing needs in the health sector. In the first week of August 2019, it flagged off free medical mission targeted at 21,000 children and adults in partnership with the Babajide Olusola Sanwo-Olu/Kadiri Obafemi Hamzat(BOSKOH) Lagos Healthcare Mission International. The medical mission is part of efforts to improve the quality of health of Lagosians, especially children.

Interestingly, over 21,000 people were screened at seven centres over a period of six days under the programme. Also, 802 residents have successfully undergone pediatric eye surgery, adult eye surgery, pediatric surgery, dental surgery, orthopedic surgery and Ear, Nose and Throat (ENT) surgery. Another 615 persons booked for various surgeries, making it a total of 1,417 free surgeries carried out through the health mission.

Just last week, plans for another free health mission was perfected to carry out surgical interventions for 100 Lagosians lipomas, breast lumps, hernia and fibroid, as part of activities to commemorate the 100 days in office of the governor.

The environment has also received attention because it is an enabler of good health. Governor Sanwo-Olu has prioritised sanitation, drainages and beautification. He directed the Office of Drainage Service in the Ministry of the Environment to commence aggressive clearing of all secondary and tertiary drainage systems across the state to ensure the free flow of rain water during the rainy season, few days after he was sworn in.

‘’Environmental offenders are not meant to be arrested, but communicate with them; the ones that need to be reprimanded, let us reprimand, the ones we need to advise let us advise. The people that need to be reformed, reform them,’’ he told state officials.

As part of measures to improve the environment and living conditions, the governor inaugurated the Igando Housing Estate started by former Governor Babatunde Fashola under the Lagos Homes Ownership Mortgage Scheme last Tuesday. Sanwo-Olu, who led members of the State Executive Council to open the 492-flat housing project, said he prioritised the completion of the estate to recover state resources committed to the project.

He expressed commitment to his campaign promise to deliver all critical projects inherited from the last administration. “Today, history is being made as we commission a housing estate named after an icon, a role model and the first Executive Governor of Lagos State, Alhaji Lateef Jakande, an elated Sanwo-Olu said, while promising to do more to deliver qualitative housing to Lagosians across divide.

Sanwo-Olu promised to increase budgetary allocation for education from 12.07 per cent to 18 per cent to accommodate STEM education statewide. He has already demonstrated his commitment to that promise. A comprehensive assessment of schools in Lagos is ongoing with the purpose of determining the immediate needs of the institutions so as to properly budget. Last Tuesday, a 12-block classroom for Junior Secondary School was unveiled for use at Ajah, Eti-Osa Local Council Development Area (LCDA).

Beyond infrastructure, the administration will soon hire trained teachers to strengthen quality of education in its schools. According to the governor, the administration will spare no effort at ensuring quality teaching in all state-owned schools. The goal is to establish 300 fully equipped and functional computer laboratories in secondary schools across Lagos while imbibing long term maintenance culture.

The ultimate goal is to develop an educational system that can provide skills that will meet the needs of the 21st Century economy. This is being done by prioritizing STEM education, technology adoption and adoption of trainings related to artificial intelligence.

While THEME is designed to drive economic resurgence and create jobs, Sanwo-Olu has taken steps to stimulate economic growth and drive development. Last Wednesday, the governor launched ‘LSETF W-INITIATIVE’ an initiative designed to provide funding for women entrepreneurs in Lagos to achieve their growth objectives and create jobs for young people.

The initiative, is a special intervention fund contributed between the Lagos State Employment Trust Fund and Access bank Plc, to provide access to affordable finance for female-owned businesses. It is set to target between 5,000 and 10,000 women drawn from across the state.

Beyond providing finance, it will drive financial inclusion among women and provide support to businesses to stimulate growth and consequently create employment.

In Lagos State, the government’s strategy is to optimise and sustainably grow the local economy, projected to be the fifth-largest economy in Africa, by creating access to funds for women entrepreneurs. Other initiatives which will further boost economic growth will be unveiled in the near future in line with the T.H.E.M.E.S agenda. 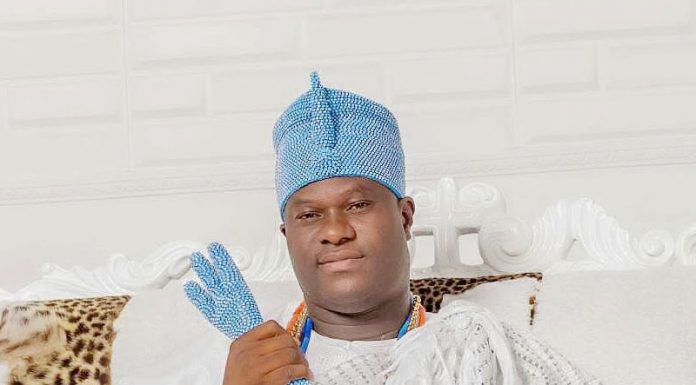