Figures released last Thursday by the National Bureau of Statistics (NBS) showed that importation of capital into the country dropped significantly in the second quarter of 2019, impacting the economy negatively. Analysts said the dismal outing in the review period was due to uncertainty around the government pre- and post-election that brought President Muhammadu Buhari back into office for the second term of four years. Going forward, they believe the government may have to chart a robust fiscal policy direction to rouse investor confidence. Bamidele Famoofo reports

The reasons why foreign investors are weary to bring their monies into Nigeria to do business are not farfetched. The prevailing political uncertainty, insecurity and sluggishness on the part of government to announce its economic policies are some factors that hindered investment flow into the country.

Economic analysts therefore are suggesting that a way to come out of the doldrums is for government to urgent change its economic policy direction to attract long-term investments into the country.

By bank, Stanbic IBTC Bank Plc emerged at the top of capital investment in Nigeria in Q2 2019 with $1.77billion. This accounted for 30.3 percent of the total capital inflow in Q2 2019.

Director, Union Capital Market Ltd, Mr. Egie Akpata, pointed out that a close look at the NBS report on capital highlights a number of trends.

Looking at the data since 2013, it is clear that FX policies by the CBN have a huge impact on the flow of capital into Nigeria. Also, with FDI making up only 3.3 per cent of 2019 capital importation and FPI 80 per cent, it is clear that current policies are good at attracting short term ‘hot money’ but not long term capital needed to grow the economy and create jobs.”

Akpata recommended that in order for Nigeria to attract the level and type of investment needed to grow the economy at the required pace, significant policy changes are needed. “Given the size of capital that historically went to the oil industry, it is clear that passing the relevant laws to reform the sector should be a priority. Removal of petrol subsidies and implementing cost reflective tariff in the power sector could very quickly attract a huge amount of capital to those sectors. The government needs to quickly articulate friendly and globally competitive policies that can attract much needed capital to build infrastructure. It is obvious that the government resources are very small compared to what is needed to make a difference,” Akpata submitted.

A Lagos-based economic analyst, Dr. Boniface Chizea, said the decline in performance of the economy from 2.1 to 1.9 per cent is due to a combination of factors including as indicated, lack of focused single-minded implementation of the ERGP which has largely been implemented in the breach. “There is very little out there to make anyone feel confident that the economic programme has been kept in view for any serious and rigorous implementation. Maybe it’s being implemented. It is better to give the authorities the benefit of doubt, but certainly what cannot be gainsaid is that whatever is being done has not been put in the public space. You will expect that where implementation is serious that we will find occasional reference to the ERGP, but that has not been the case. You will, for instance, expect references to be made to the plan during particularly budget presentation but that has not been the case. To put matters in context, for shouting out loud, the ERGP can only be implemented through the instrumentality of the budget because realistically the ERGP is a four year plan in prospect. And when you don’t follow a plan, you end up with a hog wash of policies and programmes being frantically implemented but there is no discernible focus and direction and therefore probably leading to nowhere.”

Chizea said that there was also the consideration that politics of transition had consumed considerable energy even as matters are being pursued at the law courts with consideration distractions. “The insurrection in the land as manifested in the continued stranglehold of Boko Haram, herders/farmers crisis, rising numbers of kidnaps for ransom have reduced the attractiveness of the Nigerian economy to particularly portfolio investors resulting in making the stock market bearish with unprecedented loss in stock capitalization. Other causes might be due to external factors. The oil market has not been robust. The international price of petrol is now below 60 dollars the benchmark used for the preparation of the budget highlighting another challenge to effective budget implementation. Mindful of the fact that the risk factor from the external sector is exacerbated by the trade war between the Chinese and Americans on the one hand and on the other the faceoff between the Americans and the Iranians arising from accusations of lack of fidelity to the international protocols protecting proliferation as agreed.”

Chizea recommended that government should harmonise the budget year with the calendar year to get budget implementation to commence from the first day of the year. He called for deliberate attempt on the part of government to implement the programmes and policies of ERGP through this budget. “There is the urgent need to cultivate a serious approach to budget implementation. In the past we had public presentation of half year performance of the budget when deliberate effort is made to account to the critical public the performance so far highlighting obstacles with an indication of the prospects. The environment would seem enabling as the planning, budget and finance are now under the same ministry even as there are palpable concerns regarding overload,” he said.

Chizea also called for subsidy removal. “This country certainly cannot continue with the payment of subsidy on the pump price of petrol. Considering the dire straits the economy has found itself in there is no substitute but to bite the bullet. Savings arising there from could be better deployed for the funding of critical social sectors of the economy.”

Speaking on trade, the economist said, “The border closure does more harm than good as it has unpleasant, unintended consequences. It is tantamount to throwing away the baby and the bath water. We should beef up border controls instead mindful of course that such moves undermine protocols on the free movement of people and goods. We just belatedly signed African Continental Free Trade Agreements.” Chizea said every attempt must be made to grow internally generated revenue by leveraging on cutting edge technology for improving compliance while noting that transparency in the oil sector must be given a boost to stem leakages to make impactful contributions to the Treasury.

However, the former Chief Economist of Zenith Bank Plc, Mr. Marcel Okeke, on the contrary said the issue was not about the ERGP failing. He said the outcome of the elections in the first quarter, especially presidential election, created a lot of uncertainty in the polity. “Many economic agents, local and foreign (including portfolio and FDI investors) adopted a wait-and-see attitude. So, capital was not flowing into the economy as it normally would. The 2019 budget was not approved until almost end of May. Heightening insecurity in the land affected, and still affects agric activities in many parts of the country. All these played out in the dropping GDP.”

Okeke said government must quickly deal with the widespread insecurity in Nigeria. He added: “Effective diversification is very key. There must be serious export drive to improve forex earnings, and augment inflow from crude oil. The Ease of Doing Business initiative should be pursued with greater vigour, to make our business environment more enabling. There is urgency for closing the yawning infrastructure gap. Need for serious sensitisation and education for MSMEs and other operators to utilize so many concessionary loan initiatives put in place by the CBN and others. The new loan-to-deposit ratio (LDR) put in place by the CBN for deposit money banks (60:40) should be enforced aggressively. This will ensure more loanable funds to economic agents. Revenue generating agencies of the FG should up their games: FIRS, Customs, NNPC, etc. Above all, insecurity must be tackled head-on.” 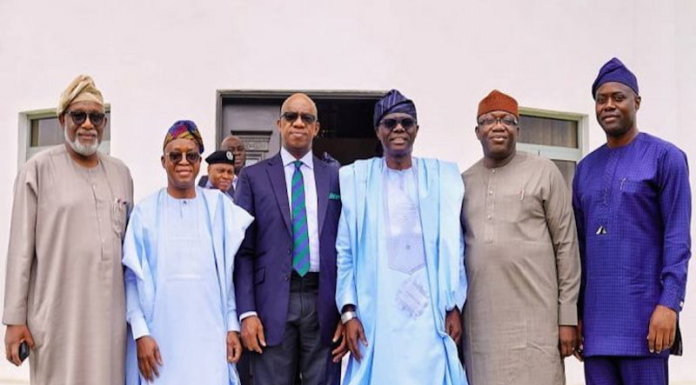