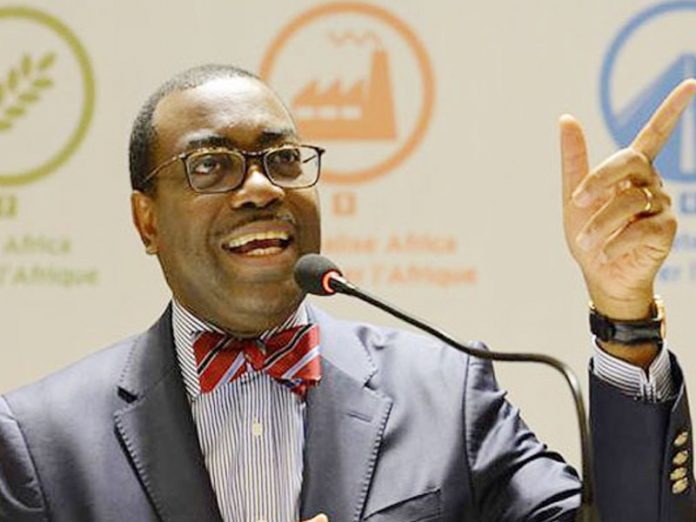 In the past week, Akinwunmi Adesina, President, African Development Bank Group, has been receiving commendations from many around the world.

Without a doubt, the former minister during Goodluck Jonathan’s administration is making Nigeria proud.
People who have been privileged to have worked with him in the past attest to the fact that his brilliance, intelligence and knowledge on global economy and political issues are almost unrivalled.

He again displayed his brilliance recently during the G7 summit in France among world power brokers that included US President, Donald Trump, President of France, Macron.

His contribution at the world stage was apt and insightful, earning him a standing ovation and applause.
Though his contributions to the nation’s development have been acknowledged, the technocrat loathes any unnecessary celebrations.

Akinwunmi, a development economist and agricultural development expert with 25 years of international experience, is the first Nigerian to serve as President of the Bank Group.

Adesina served as Nigeria’s Minister of Agriculture and Rural Development from 2011 to 2015, during which time he implemented bold policy reforms in the fertilizer sector and pursued innovative agricultural investment programmes to expand opportunities for the private sector.

He was previously vice-president (Policy and Partnerships) of the Alliance for a Green Revolution in Africa (AGRA). He was also Associate Director (Food Security) at the Rockefeller Foundation in New York, where he worked for a decade (1998-2008) in senior leadership positions, including as Regional Office Director and Representative for Southern Africa.

He has received a number of global awards for his leadership and work in agriculture. In 2010, the United Nations Secretary General Ban Ki-moon appointed him as one of 17 global leaders to spearhead the Millennium Development Goals, along with Bill Gates, the Spanish Prime Minister and the President of Rwanda. He was named Person of the Year by Forbes Africa magazine in 2013.