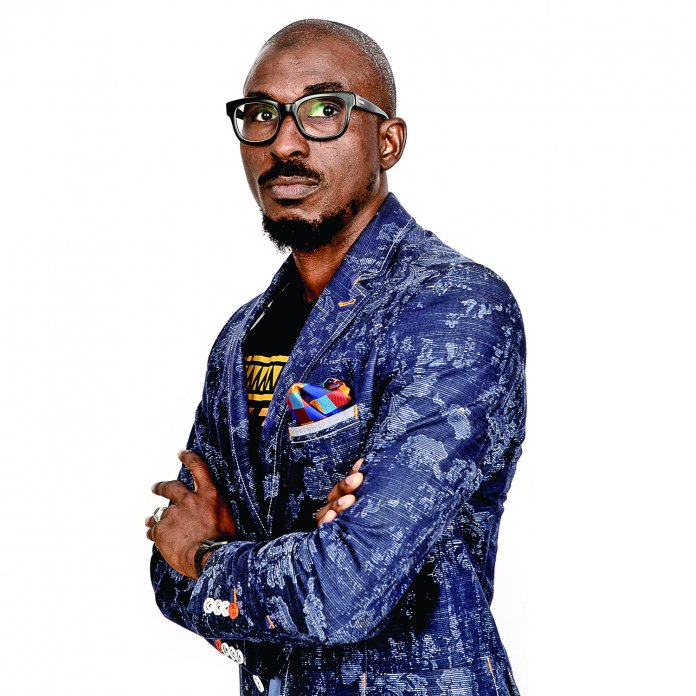 The world of art and creativity can be exciting, especially when it results in art that communicates ideas we can relate with. When an artist creates such art, be it through music, film, words or other media of expression, there is an appreciation on every level for what he or she has come up with. Some artists and creatives go further, using design, data, and technology to solve problems for brands and organisations, communicating effectively with audiences through concepts and expressions they can relate with. Of this class are the wildlings of Onewildcard, led by Kayode Olowu.

Kayode is at the helms at Onewildcard as the Founder/Creative Director. His belief in pushing the boundaries of design has seen him move from a design intern at a print shop in Shomolu to a design thinker and a renowned creative art director leading world-class marketing communications gigs. Born and bred in Lagos, he has travelled across the world leaving footprints of ingenious ideas and the recognition that comes with them.

He graduated from The University of Ibadan with a B.Sc in Microbiology in 2004 and in 2005, started working at Olucouger Prints in 2005 as a graphics design intern. While there, he took an Entrepreneurship and Business Management course at Fate Foundation in Lagos. In 2006 he worked at CAP PLC as a customer service executive for Dulux and Flameguard.  He left that same year to start up B-10 Eclectics Ltd, the parent company for Printsmith and OGQ2 Clothings, as partner and head of design.

In 2010, Kayode enrolled at Orange Academy as a student and left in 2011 as a facilitator, a role he holds till date. He was already becoming a stronghand in brand system design and coordination of creative minds, which he would prove at his next job as an Art Director at Creativexone in Lagos. In 2013 he joined The Miami Ad School Europe, Hamburg and during his studies, interned at some of the top agencies in Europe, including THEY, Amsterdam, Y & R, Prague and  Geometry Global, Hamburg where he worked on brands like Forbes Magazine (Eastern Europe), Vodafone Netherlands, Doctors without Borders, MTS Russia and British American Tobacco.

He freelanced for some time, working on creative strategy development, conception, creative direction and brand identity development for different clients before he joined Jung v Matt / Elbe, the Hamburg in 2015. During this period Kayode was part of a team that developed an idea that won Gold at the TROY awards. Some other awards in his trophy case include Miami Ad School Europe Silver star, Jury prize, the 2014 D&AD New Blood Award for Package design, The 2015 GRAPHIS NEW TALENT AWARDS Gold/Advertising-Product, The 2015 GRAPHIS NEW TALENT AWARDS Merit /Advertising-Typography and a feature in the LUERZER’S ARCHIVE SPECIAL for the 200 Best Packaging Design Worldwide.

In 2017, Kayode eventually brought his talents back to Lagos to start up another business, this time Onewildcard, the creative agency with the vision to solve brands’ problems by creating designs that benefit their bottom line. According to Kayode, Onewildcard goes the extra mile for its clients to deliver them an ‘unfair’ advantage over their competitors, while keeping to global best practice. This seems to be working well for the agency.

24 months after it began operations, it has grown over 500% and worked with quite a number of clients including UBA, Leadway Pensure PFA , Sterling Bank Plc, Kilimanjaro Restaurants, Bavent Street Live ( The Burna Boy Show & One Night Stand with Adekunle Gold – ONSWAG), Pizza Jungle, Heckerbella, Ariella, The NET among others. This was possible with the team Kayode put together, a group of young, adventurous individuals who share his belief of forgetting what is safe and exploring outlandish ideas that are bound to shape the future.

It’s September 2019, two years after Onewildcard opened for business and the agency is set to launch their new office in Opebi, Lagos on Tuesday 10th of September. From any standpoint, Kayode Olowu has done much more than well enough in creating an impressive portfolio for himself. More than this, he has given back to Nigeria by coming home and using his expertise to  create a business of international standard which is crafting practical, lasting solutions for businesses in all industries. With no doubt, Kayode is set to break boundaries with Onewildcard, and as this happens over and over again in the near future, we’ll continue to cheer him on as an outstanding creative.