Soldiers, policemen and others found culpable in the killing of members of a police special squad in Taraba State by soldiers who intercepted them and freed a suspected kidnap kingpin in their custody, Alhaji Bala Hamisu Wadume, would soon know their fate.

Rear Admiral Ibikunle Olaiya, had concluded its assignment and turned in its report on Wednesday to the Chief of Defence Staff (CDS), General Abayomi Olonisakin, in a closed-door session.

Sources told THISDAY that with the submission of the report, Olonisakin would study the panel’s recommendations before turning in the report with his observations to the president, who ordered the setting up of the panel in the first instance, to decide what to do with it.

President Muhammadu Buhari had ordered the commissioning of the panel of inquiry following the public outrage and recriminations between the Nigerian Army and the Nigeria Police Force, to unravel the circumstances surrounding the killing of three police detectives and a civilian on national assignment by soldiers of the 93 Battalion of the Nigerian Army, Takum, Taraba State.

Also, following the accusations of extra-judicial killings against the Nigerian military and other security agencies as captured by a United Nations Special Rapporteur, the DHQ said yesterday that killing terrorists and insurgents in combat with troops did not amount to extra-judicial killing.

It told the UN Rapporteur that Nigeria was at war with the two globally recognised terrorist groups in the world, Boko Haram and Islamic State of West Africa Province (ISWAP).

A source close to the panel told THISDAY that “the report was submitted quietly to avoid further pressure in view of the media blitz that attended the killing, panel sittings in Taraba State and Abuja, the revelations about the suspects, and the subsequent delay in the submission of the report.”

The mode of submission, it was learnt, was also designed to avoid further controversy until the CDS had reviewed the report and make further recommendations for onward submission to Buhari.

The source confirmed that the report was submitted on Wednesday to Olonisakin, who is expected to review it and make further recommendations to the president.

“The report has been submitted. The collation of additional materials was concluded early in the week after which the panel submitted its report to the Chief of Defence Staff.

“The CDS has received the report. He will now review it and if there are any further additional recommendations, he would do that and then submit to the president.

“All the controversy and conspiracy theories of sweeping the report under the carpet cannot hold water. This panel was set up on the directive of the president and commander-in-chief.

However, the Chief of Army Staff, Lt. General Tukur Buratai, had dismissed allegation of a planned cover-up by the military.

Buratai, at the Combined 2nd and 3rd Quarter Chief of Army Staff Conference in Abuja on Tuesday, had said the panel had concluded investigations and the Nigerian Army would deal decisively with any officer or soldier found culpable in the killing of the police detectives in Ibi, Taraba State.

He said the development was a threat to inter-agency collaboration.

THISDAY had reported that the panel indicted an Army Captain, Tijani Balarabe, who ordered the killing of the policemen and recommended further investigation of the arms smuggling link between him and Wadume.

Defence spokesman, Col. Onyema Nwachukwu, told THISDAY that for the fact that Nigeria was at war with the two globally recognised terrorist groups in the world, arrest and trial of members of the groups for attacking and killing innocent Nigerians could not be described as unlawful and arbitrary.

“Again, we do not carry out arbitrary arrests because our operations are intelligence-driven. I must remind you that we are at war in the North-east against BHT and ISWAP terrorists groups.

“These are groups that are globally recognised for the most inhuman and callous attacks on humanity.

“Arresting and detaining members of these terrorist groups to face trial and get justice for Nigerians for the attack and killing of innocent Nigerians cannot be described as arbitrary or unlawful.

“I must state that before deployment of our troops, they are made to undergo doctrinal training, refresher training in rules of engagement, collateral estimations, protection of fundamental human rights, laws of armed conflict and protection of civilians in conflict.

“Aside the series of training inculcated in troops at various levels and cadres on these subjects, “there are also very effective mechanisms in place to deal decisively with infractions of these extant provisions. One of such mechanism is triggered automatically, when there is an infraction or report is made at any of the human rights desks available at the services headquarters and military formations.

“Military justice system (court martial) adjudicates over such violations. As we speak there are standing court martials in the North-east theatre and other theatres of operation which handle any violation by personnel,” he said.

He added that arrest and detentions were professionally handled within the legitimacy of the mandate of counter terrorism and counterinsurgency operations.

Nwachukwu said troops were encouraged to adhere to global best practices in the conduct of its operations.

“We encourage our troops to adhere to global best practices in the conduct of their operations and erring personnel are sanctioned according to the dictates of the military justice system and the constitution of the Federal Republic of Nigeria. As a professional military, the AFN, however maintains an amenable disposition to improvements in the conduct of it operations,” he stated. 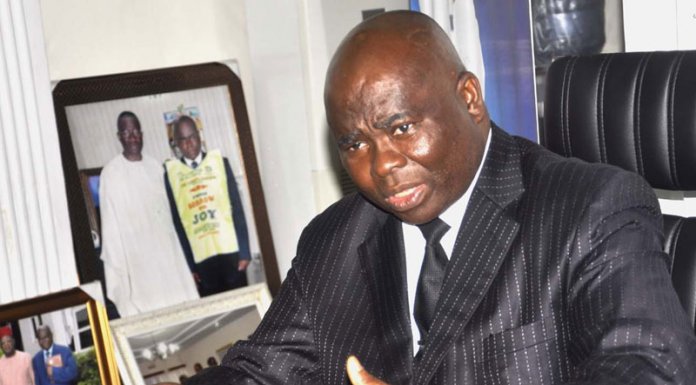