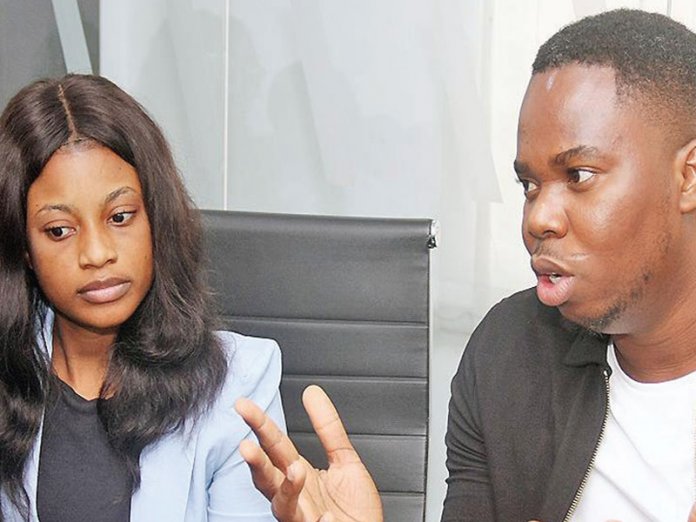 Cashbox, a digital and Fintech company has introduced its e-saving App platform to drive financial inclusion in the country easier and faster.

Speaking during a press briefing with journalist in Lagos, the founder, Sydney Aigbogun, said the company was ready to change the narrative of the fintech industry in Nigeria.

He said Cashbox is all about financial discipline and encouraging the culture of saving small irrespective of their income status and level in Life.

Aigbogun, also said having obtained a cooperative license to operate in the financial technology space, they have partnered with the best payment processing company to allow client utilize their various Automated Teller Machine (ATM) card to make payment from their respective banks into Cashbox.

He added that with the advent of smart phones, users can leverage on Cashbox to make e-saving a culture irrespective of their location in any part of the world, adding that since inception their over 1000 users has downloaded their app with over 10,000 users across all platforms.

According to him: “We want to make people have tangible saving as we are not traditional bank and we invest the pool of funds we generate into Government Treasury Bill that are risk free.

“Since inception we have recorded over 10,000 users, with 68 percent active users that have their funds with us. We have people using our platforms from other part of the world,” he said.

However, he, also stated that investors have a 10 percent rate on investment of any amount invested on the platform, provided they did not cash outside the withdrawal period which is done quarterly.

“Our withdrawal days are the first day of every March, June, September and December, any withdrawal attract five percent charges”.

“Our customers mean the most to us, we are here to make their financial decisions clear to as what you save is what you get and we pay interest too. No hidden charges or fees,” he stated.

Meanwhile Customers have three choices on the platform namely; regular saver-cashbox allows them to save daily, weekly and monthly into cashbox account.

The Locked Savings feature allows clients to save a lump sum at once and a withdraw interest upfront and lock away funds for any length of time over 90 days. Earn up to 15 per cent interest upfront, while saving your money at the same time and Instant savings option which allows customers to save any amount instantly.