The Senior Special Adviser to the President on Media, Mr. Femi Adesina, has disclosed that Nigeria benefitted a lot in the recently concluded Tokyo International Conference on African Development (TICAD).

Adesina stated that among the many gains which Nigeria reaped included the planned collaboration between Japanese major automaker, Toyota, and German IT firm, Siemens, to establish diagnostic centre in Nigeria; the Memorandum of Understanding (MoU) the federal government signed with the European Union for 50 million euros, and the donation of 12 million euros to Nigeria’s health sector.

In addition to these, Adesina disclosed that Toyota had other discussions with President Muhammed Buhari, adding that Japan would also donate $300, 000 to Nigeria’s Defence Academy.

The Special Adviser to the president on Media, who made this known during the breakfast programme on Arise TV, The Morning Show, yesterday, said: “Toyota met with the president and they also unfolded what they could do not in the areas of car manufacturing and setting up of assembly plant, they would also want to set up an international diagnostic centre in collaboration with Siemens in Germany, which will foreclose anybody having to go abroad for diagnostic operation again. That is also something coming to Nigeria; we also had the MoU that was signed with the EU for 50 million euros. That is an immediate gain. Also, when President Buhari met with the Prime Minister of Japan, he promised to give $300, 000 to the Nigerian Defence College as well as about 12 million euros to Nigeria’s health sector.”

Reacting to the recent romance between Nigeria and Asian nations, which may have prompted President Buhari to attend the conference, Adesina said Nigeria is open to negotiate and partner any country to build its infrastructure and other forms of development.

“Nigeria can use help from any part of the world; wherever we get it, we can use it. So much infrastructure deficits in the country, and if you find any part of the world which can help us grow our economy, and attract investment and infrastructure, I think Nigeria will be open to it. Yes we are doing a lot with China, and Japan is also showing interest in Africa. But there was a paradigm shift in the conference in Yokohama. The target of Japan used to be government aid but from the last conference, you would see that the private sector was now the target. So Japan is now doing what China is doing on the continent. Also India is helping Africa to develop, so Africa should accept aid from wherever it can get it. If the West could assist, and it is attractive, I am sure Nigeria would also take it and be grateful.”

On Nigeria’s slowing economy, which the National Bureau of Statistics (NBS) confirmed recently, the presidential aide said to lift the economy from the slump the government enunciated what is called Economic Reconstruction and Growth Plan (ERGP).

Adesina also hinted on the criticism of the federal government by the opposition parties, including the Peoples Democratic Party (PDP), that it was unable to seal any major deal in Japan, especially the establishment of automobile assembly plant in the country, describing it as unreasonable.

“Well, I would like to say that the PDP is paranoid to the point of hallucination now. Anything that has to do with the president and his government must be wrong to them, and that is the way they see it. That’s not the way to go,” he said.

On the disturbing security stuation in the country, he acknowledged that Nigeria is not in the best of times.

“We need to recognise and understand that Nigeria is not in the best of times now because of security challenges facing the country. A number of things may happen but it does not mean that they are being tolerated. We have even seen the different security forces-the police, the military-dealing with those situations,” he said. 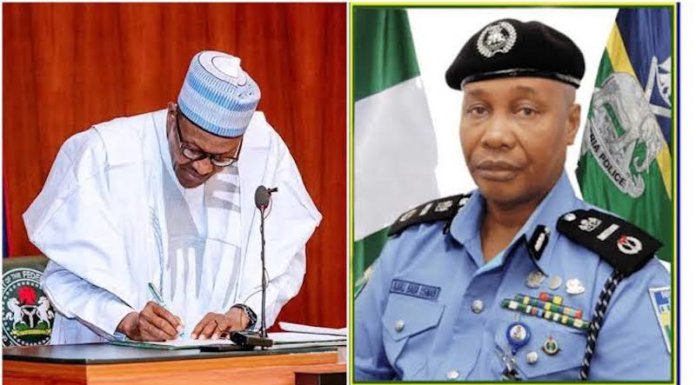