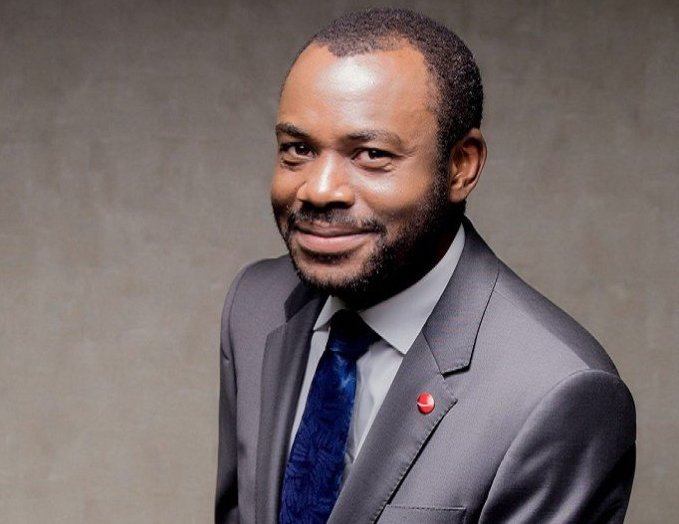 Oluchi Chibuzor
The oft-repeated declaration that Nigeria is the giant of Africa is mainly due to its abundant human and natural resources. Indeed, the country is so blessed with vast arable land to the extent that experts have regularly expressed the view that Nigeria has the potential to feed its teeming population and the rest of Africa if the agriculture sector is properly harnessed.

Nonetheless, the potential of the agriculture sector has remained largely untapped despite its capacity for employment generation, food security and poverty reduction in the country. But there is hope that the drive to achieve a hunger-free Nigeria remains a feasible one.
There is hope because Sterling Bank Plc, has taken up the challenge of addressing issues preventing the agriculture sector from attaining its full potential through Agriculture Summit Africa holding in Abuja, from the 5th to 6th of September 2019.

The theme of the continental summit which seeks to transform Nigeria into a global leader in food production, processing and marketing is “Agriculture – Your Piece of The Trillion-Dollar Economy”.

A timely initiative, it is heartwarming that the continental summit was convened to address the future of agriculture in Nigeria and Africa at a point the continent is becoming a single market with over 1.2 billion people through the Continental Free Trade Area (AfCFTA) treaty.

Addressing the media in Lagos on Agriculture Summit Africa which will bring together policy makers, development agencies, international finance institutions and value chain players on the continent, Yemi Odubiyi, Executive Director, Corporate and Investment Banking, Sterling Bank, said it will address the issues preventing the very important sector from attaining its potential because food security on the continent has become a critical issue.

“Agriculture is the focus of the government of the day in Nigeria, and it is one that has been well chosen. It will be difficult to stabilise the country until the food security challenge is addressed, and we very much appreciate the initiatives of all stakeholders addressing this same issue.

“We are very happy to make this our contribution to that effort. Agriculture Summit Africa will address food security and the other big problem which is job creation for young people. We all know the capacity to generate jobs that agriculture has and we believe that by supporting the sector, we will be contributing a great deal to solving the unemployment problem in Nigeria”, Odubiyi remarked.

He added that his bank is in a unique position because of the H.E.A.R.T of Sterling Project which makes agriculture the centerpiece of its specialised focused sectors in Nigeria. “We have over the last nine years developed the leading agriculture finance business in Nigeria with about 10% of our loan book in the sector. And that preceded the government policy on lending to the agriculture sector. We also are aware of Continental Free Trade Area (AfCFTA) treaty which took Nigeria some time to endorse.

“From a market of about 200 million, we suddenly face a potential market of 1.2 billion people if we know what we are doing as a country. We can export agricultural products to other African countries, not just to Europe and that’s what getting a piece of Africa’s $1 trillion agribusiness economy is all about. Working with all other stakeholders, Sterling can help build farming businesses from small land holders to very large, sophisticated operations that help enhance food security in Nigeria.”

The bank’s pedigree in agriculture financing is impeccable. It is one of the first commercial banks in the country to participate in the Central Bank of Nigeria’s (CBN’s) Anchor Borrowers Programme (ABP) for smallholder farmers in Kebbi, Sokoto, Zamfara, Kaduna, Ogun and Oyo states in partnership with development financial institutions such as DFID-PropCom and DFID-MADE. Sterling Bank is deeply involved in the funding of vital agricultural projects across the country.

“This year, we have raised the bar by unveiling the Agriculture Summit Africa, which is a more ambitious attempt at addressing issues preventing agribusiness in Africa from attaining their full potential,” she said. She added that it should surprise no one that Sterling Bank and its partners are leading the charge to address the issues facing agribusiness on the continent.

She said Sterling Bank has helped a lot in developing the country’s agriculture value chain, adding the bank is a thought leader and the preferred lender for smallholder farmers, agribusinesses, input suppliers and other players in the local agricultural value chain.

“We are quite proud of our huge intervention in the agriculture value chain which is creating food security, stimulating job creation, while also enhancing the income of farmers in agrarian such as states Kebbi, Sokoto, Zamfara, Kaduna, Bauchi, Ogun, Imo and FCT Abuja, among others.”
“We have the enviable record of being the first commercial bank to lend under the Central Bank of Nigeria (CBN) and Nigeria Incentive-Based Risk-Sharing System for Agricultural Lending (NIRSAL)-led Anchor Borrower Programme (ABP) with over 22,000 small holder farmers as beneficiaries,” Awosanya said.

The group head said the bank has pioneered lending under the Growth Enhancement Support Scheme (GESS) and was part of the team that drafted the guidelines for the Agricultural Sector Sustainable Banking Principle for the Bankers Committee, among others.

Remarkably, Sterling has invested heavily in the agriculture sector by providing financing for sustainable and commercial agricultural projects of scale in states Kebbi, Ondo and Ogun, among others. These transformational projects which provide direct and indirect unemployment for thousand and are raising household incomes in rural and peri-urban areas affirm the potential of continent’s agricultural sector to rapidly jumpstart economic growth and reduce poverty reduction while positioning it as the food basket of the world.

With its abundant resources, a teeming youthful population, strategic investments in agriculture will unleash a virtuous growth cycle on the continent. Banking on African agriculture is an idea whose time has come. And Nigeria may be putting its best foot forward with its most agile and innovative bank with loads of laurels that include Best Bank in Support of Agriculture, Agric Bank of the Year Award, and Best Agric Finance Bank of the Year, charting course for agriculture renaissance in Nigeria and on the continent.

Truly, the prospects of agriculture in Nigeria looks favorable, despite the recent slowing in economic growth mainly due to the drop in global prices of oil and minerals. And Sterling Bank has been at the forefront of Nigeria’s agricultural transformation agenda which seeks commercialization at scale nationwide through focus on value chains where the country has comparative advantage. This market-led transformation driven by strategic partnerships is stimulating investment, creating new jobs and raising household incomes across rural Nigeria.
It is imperative that this same model is adopted across the 54 countries that now make up the single African market to improve productivity, guarantee food security and ensure a future of shared prosperity for all Africans.