Kwara State Governor, Alhaji AbdulRahman AbdulRazaq, yesterday lamented the death of 17 students in an auto crash on their way back to the state from Kano where they had gone to write their post-UTME examination.

He described the incident as a painful one that could have been prevented.

About 17 persons have been reportedly killed in an auto crash at Bacita junction along Jebba-Ilorin Highway in Kwara State last week Thursday.

It was gathered that the accident occurred as a result of over-speeding and dangerous driving as the two vehicles had a head-on collision at a bend along the highway.

AbdulRazaq, in a statement yesterday by his Chief Press Secretary, Mallam Rafiu Ajakaye, commiserated with the parents and families of the students and prayed to God to avert such calamity in the future.

The governor said: “We, however, believe that we can avoid this calamity in the future. We reiterate our calls on the drivers to always check their speed, respect other road users, and put their vehicles in the best condition.

“Most accidents occur because our drivers often fail these three basic tests of safe driving.”

The governor added: “Besides, we call on our tertiary institutions which still require students to travel long distance for their post-UTME examination to please consider holding such test online to avert the necessity of travel.

“This will not only reduce travel and attendant risks, but also encourage students to embrace and excel in computer literacy, a sine qua non for success in the 21st Century.”

Shittu: I was Shocked When My Name was Missing on Ministerial List

The immediate-past Minister of Communications, Mr. Adebayo Shittu, said he was shocked when his name was not included on the ministerial list.

Shittu, who disclosed this in an interview with the News Agency of Nigeria (NAN) in Abuja, said although he did not expect that he would not be reappointed, as a Muslim, he took it as his fate.

The ex-minister said, “I took it the way it came.”

While the list of the new ministers contained 14 former ministers, 29 new names and seven females, 18 ex-ministers did not make the list, including Shittu.

“Of course, I expected that I will be re-appointed, but when it didn’t happen, as a Muslim, it didn’t take me five minutes before I accepted that it was the will of God.

“And I have also found comfort in a Quranic verse when God promised that what is to come later is better than what is with you now.

“So, for me, it says we must accept that there is always something better with God, which he gives to his beloved. I see myself as a beloved of God.

“I have come a long way and I have served at the state and national levels and the experience that I have garnered over the last three and a half years cannot be purchased from the stores or from the market,” he said.

He said as public officer, one must always have it in one’s mind that “whatever has a beginning will necessarily have an end.”

“And it is not how long one stays in public office but how well you are able to distinguished yourself,” he said.

The ex-minister, who is a legal practitioner, said he had decided to return to his profession.

“I want to thank God that I am one politician who has a second address in the sense that, if I am not a minister, I will be doing some other productive things which will also contribute to national development.

“Of course, I would have wished that I had another opportunity to serve. I believe the chapter of my public service is not closed.

“By the grace of God, I will continue to be relevant in national development.

“As a lawyer of about 40 years, I now have my chambers opened in Abuja. So now, I am back in practice,” he said. 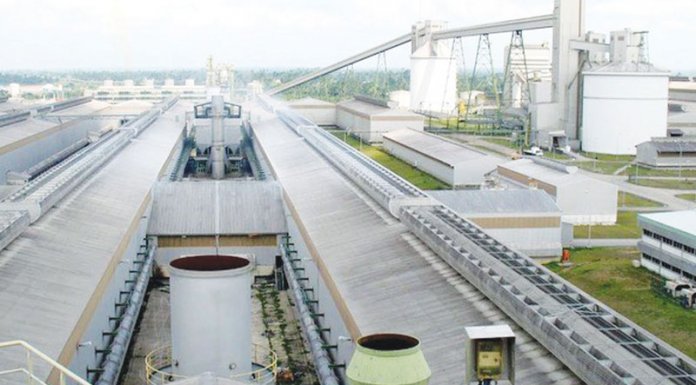