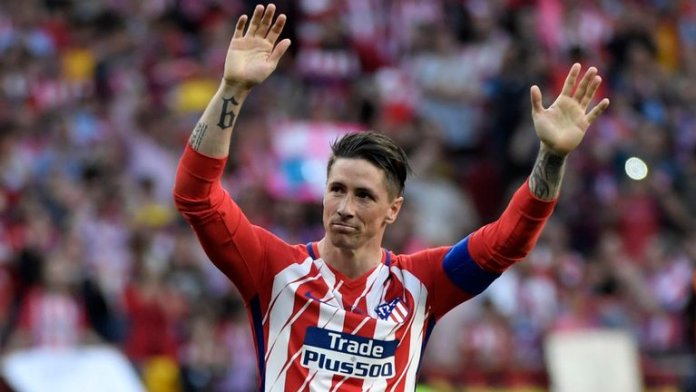 FC Augsburg new signing, Noah Sarenren Bazee still harbors the ambition of playing international football for Nigeria and has revealed that he was in contact with manager Gernot Rohr ahead of the 2021 Africa Cup of Nations qualifiers.

The exciting winger was in contention to be named on the Super Eagles roster for the 2018 World Cup but struggled with knee problems for a significant period which prevented Rohr from including him in the provisional squad list for the tournament in Russia.

The former Atletico Madrid, Liverpool and Chelsea forward, 35, finished his career in Japan with Sagan Tosu.

They lost his final game 6-1 to a Vissel Kobe side featuring former team-mates Andres Iniesta and David Villa.

Iniesta wrote Torres an open letter, in which he said “it’s been a wonderful journey, it has taken us to every corner of the world”.

Torres made 110 appearances for Spain and won the World Cup in 2010, as well as the European Championships in 2008 and 2012, scoring in both finals. “To say goodbye to football next to my dear friend Iniesta is something I could never imagine,” Torres said at the time. Fernando Torres Press Conference About Retirement

“Also my friend David Villa, with who I share probably the best moments in Spanish football history.

“I tried to find an iconic moment to play my final game and I think that is perfect timing.”

Iniesta and Torres have been friends since they played together for Spain’s youth teams, with Torres writing on a shirt for Iniesta that someday they would “win the World Cup together”.

In a letter published in El Mundo, Iniesta said it was “beautifully strange” that life “brought us all the way to Japan to say goodbye”.

“Football brought us together more than 20 years ago, when we were children. Well, you will always be El Nino. And it will never separate us,” added the former Barcelona midfielder.

“We began away from spotlights and cameras until we came to share thousands of experiences before winning a World Cup for our country.

“When we meet in Spain, I’ll show you that shirt, that treasure that nobody else discovered. Although, it is true, there is no greater treasure than your friendship, Fernando.”

Torres started his career with Atletico, before a £20m move to Liverpool in 2007, where he scored 81 goals in 142 games.

In 2011, he was signed by Chelsea for a then British record transfer fee of £50m.

Although he failed to replicate his goalscoring form at Stamford Bridge, he was part of the Blues’ Champions League-winning team in 2012.

He also won the FA Cup and scored in their 2-1 win against Benfica in the Europa League final in 2013.