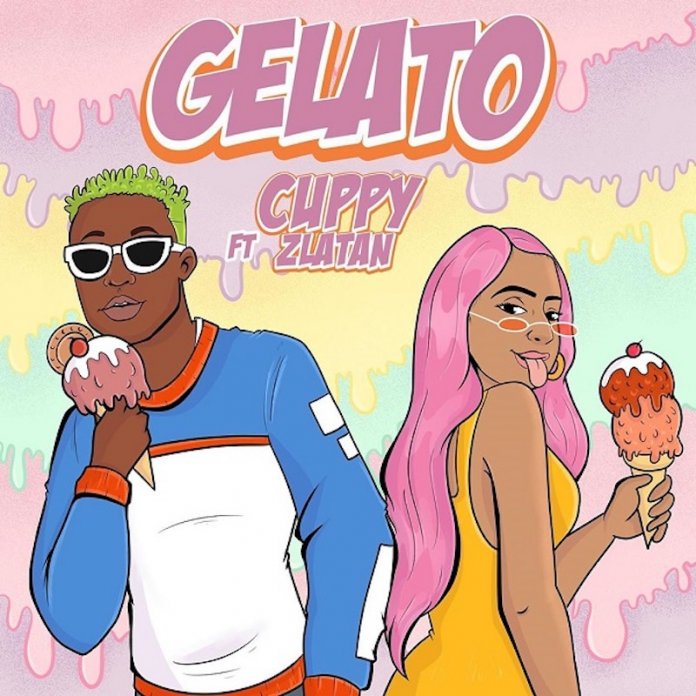 In a new song titled ‘Gelato’, Disc Jockey Florence Otedola popularly known as DJ Cuppy collaborates with rave of the moment (street hop star) Zlatan Ibile, who delivers on the beat. The light hearted Cuppy has constantly given timeless hits since the release of her classic Afrobeats single with Tekno, Green Light up till her sizzling Ghanaian love tune, Abena (with Ceeza Milli, Shaydee and Ghanian Kwesi Arthur). Before the latter she released Currency, featuring LAX. She continues to unveil new layers to her craft with new twist to each of her melodious tunes.

Since its release just a little over a week ago, ‘Gelato’ is believed to have turned into a bona fide fan favourite while enjoying streaming and downloads on music-streaming websites like Spotify, Tidal, Boomplay, Soundcloud and MTN Music, among others. ‘Gelato’ further affirms DJ Cuppy’s stamp on the music industry.

The new single was inspired after DJ Cuppy travelled to Europe with her Billionaire Dad, Femi Otedola, and her sister. They had stopped by in Italy for some Gelato – a frozen dessert of Italian origin. She made a video of it with the #Gelato dominating trends which DJ Cuppy excitedly posted online and bang! It went viral, with established stars and social media influencers latching on it for memes, rehashes and skits while goofing.

Although the three minutes, six seconds afrobeats/hip hop beat has stirred mixed reviews and comments, but it all depends on which divide the listener is as the song is just what it is for the fun and not downright a serious song per se that requires extraneous energy to connect with the flow. ‘I go take you to Italy, I go take you to America, take you to London, (and) I go bring you come Nigeria just to have some Gelato.’ And then it follows with a chorus ‘Otedola’ in response to the hook line ‘who is your daddy’.

More so considering what it is – a song retro-built from a parody – further proves that Cuppy is both creative and proactive, a technical talent that does not lose sight of a song’s broader mechanics or of its imperative to be fun. Those who have seen Cuppy, the Law graduate of Kings College, London, at work say her strength lies in her clinical understanding of her crowd and ability to play the music that suits them at every point in time. ‘Gelato’ is definitely one of it.