The Head of Service of the Federation (HoS), Mrs. Winifred Ekanem Oyo-Ita who is being investigated by the anti-graft agency, the Economic and Financial Crimes Commission (EFCC), yesterday returned to office, after her alleged notice of retirement, was allegedly turned down by President Muhammadu Buhari.

The embattled Head of Service had been absent from public functions after the EFCC grilled her over N3billion fraud allegation,

Although she was absent during last week’s retreat for ministers-designate, she was, however, present on Wednesday’swearing-in of ministers at the Council Chambers of the Presidential Villa, after she first met with the Chief of Staff to the President, Abba Kyari, in his office.

In a phone conversation with THISDAY, Oyo-Ita’s press Secretary, Olawunmi Ogunmosole confirmed that the Head of Service has returned to work.

She however debunked reports that the presidency rejected the head of service resignation letter.

She said, “Yes the Head of Service, Winnifred Oyo-ita resumed work today, contrary to reports by the media, she took her 2019 annual leave, which started 14th of August and ended on the 19th, as y’all know she has not been attending events, she was absent at the just concluded two-day Presidential Retreat for ministers-designate, federal permanent secretaries and top government functionaries, at which she was listed as one of the resource persons, because she was indisposed.”

“As for reports that the presidency rejected her letter of resignation, it’s false because no letter was written in the first place, it was all formulated by the media. She has resumed her duties and that’s all for
now.” 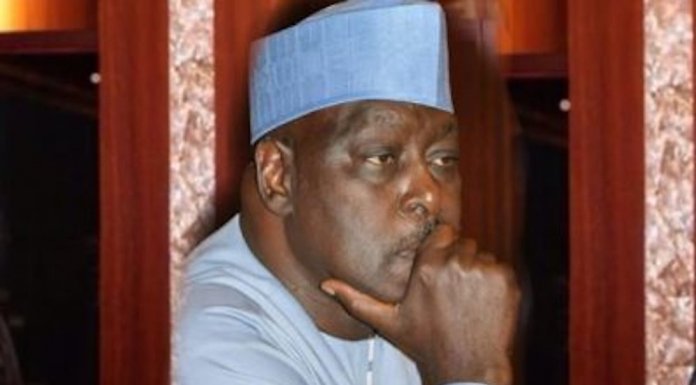