The firms are owned by an 87-year-old, Isaac Oluwole Oginni and his wife, Mobolatan Kehinde.

The Indians affected by the court order in a suit marked FHC/L/CS/1431/2019, are: Mr. Jai Bhagwan Gupta, and his two sons, Vineet Gupta and Rachit Gupta.

Justice Oweibo also made an order of interim injunction restraining the India citizens, their agents, representatives, servants, privies, or any persons acting for them or on their behalf from convening the 13th Ordinary General Meeting scheduled for the first defendant on August 2, 2019 at the Registered Office at No. 14, Fatai Atere Way, Matori, Mushin Lagos State, for the removal of the plaintiffs Mr. Isaac Oluwole Oginni and Mrs. Mosebolatan Kehinde Oginni as Directors of the 1st defendants pending the hearing and determination of the originating summons.

The court also ordered in the interim an injunction restraining the defendants, their agents, representatives, servants, privies, or any persons acting for them or on their behalf from convening the extra-ordinary general meeting scheduled for 2nd defendant on August 23, 2019 at Sheraton Hotel, lkeja, Lagos State, for the removal of the plaintiffs Mr. Oginni and Mrs. Oginni, as Directors of the 2nd defendant pending the hearing and determination of the originating summons.

And order of interim injunction restraining the defendants, their agents, representatives, servants, privies, or any persons acting for them or on their behalf from convening the extra ordinary general meeting scheduled for 3rd defendant on August 22, 2019 at Adeleke Adedoyin street, Victoria Island, Lagos State, for the removal of Oginni and Mrs. Oginni, as Directors of the 3rd Defendant pending the hearing and determination of the originating summons.

Justice Oweibo made the interim order after listening to the counsel to the octogenarian’s counsel, Mr. Yakubu Galadima, who moved and argued the exparte motion for the order.

The matter has been adjourned till September 5, for hearing of substantive suit.

The octogenarian stated that the companies were incorporated under the Companies and Allied Matters Act with the objectives among others include the production, procurement supply, exportation of cash crops such as, cocoa, palm kernel, crude palm kernel oil, palm kernel cake and other. And management of corporate entities, coordinating inter-relationship between corporate bodies and ensuring their cordiality.

He also stated that the himself and his wife are the promoters and first subscribers to the incorporation of the firms and as such he became the sole signatory to the companies’ corporate accounts.

He further stated that pon the request and plea of the 4th defendant, Jai Bhagwan Gupta and with the consent of his wife, the fourth defendant was absorbed into the management of the Bolawole Enterprises Nigeria Limited, as a trainee and/employee, learning the skill of trading in cash crops; such as: the supply, production, storage and exportation of cash crops.

The deponent stated that upon his retired from active service in 2005 and devote all my time and attention towards the attainment of the objectives of the companies and because of the snail trailing of the companies, several loan facilities were obtained from financial institutions secured with the statement of net worth of properties belonging to his wife and their joint personal guarantee of both 1st and the 2nd plaintiffs.

He also stated that while he became fully active in the firms defendants in 2005 no emolument or monetary benefit was payable to me and his wife, the second plaintiff, despite several verbal demands.

And that within the year 2012 to 2014, he was able to secure a government export expansion grant in the sum of N7,390,543,659.60 billion, for the benefit of the firms, which he said were diverted by Mr. Jai Bhagwan Gupta, to acquire personal property both within and outside the shores of this country.

He stated that the above inactions were brought to the notice of the fourth Defendant, for proper correction and that the grant should be utilized for the purpose for which it was granted but the fourth defendant did not only fail to make goods on the anomalies but failed to pay him his due commissions and benefits from the activities the firms.

Pa. Oginni stated that having noticed that the this firms are now running on huge debt, he engaged the service of a law firm known as P. I Oyewole and Co. who wrote a letter dated December 11, 2017 to the fourth defendant for the oppressive and prejudicial conduct of the firms. Adding that with no change in sight and the trend of mismanagement, the said P I Oyewole 8 Co by a petition dated 26th February, 2018 invited the Economic and Financial Crime Commission to investigate the illegal repatriation and/or diversion of the Federal Government’s Export Expansion Grant (EEG)

The deponent further stated that without his consent or a board resolution to that effect, the Indians sometime in November, 2017 illegally removed and changed the signatory to the corporate accounts of the firms and that he engaged the service of a law firm known as Marble Partners LP, who wrote the letter dated June 25, 2019 to the firms’ financial institutions of the fraudulent conduct perpetrated by Indians on the firms’ accounts.

He also stated that the Indians have by a notice of extra ordinary general meeting schedule to take place on August 21, 22 and 23 respectively have proposed to remove him and second plaintiff as a director and to strip them of their membership in the firms.

He further stated that the balance of convenience lies in favour of the plaintiffs/applicants is irreparable loss will be occasioned if this application is not granted. And that the holding of the extra-ordinary general meeting by the defendants is not only destructive but are of a nature that financial rewards/ damages will not be enough to assuage the losses. While also undertake to compensate the defendants in the event that this application was made in bad faith. 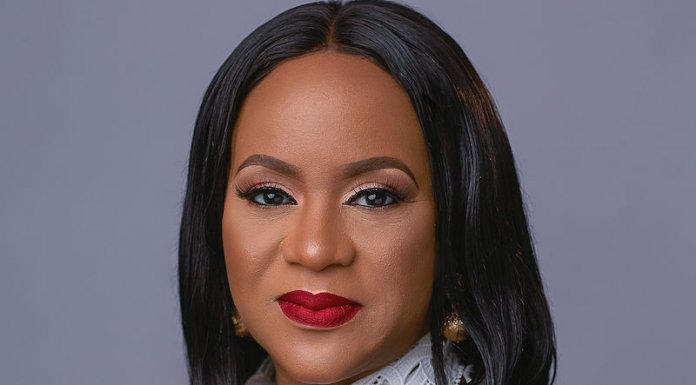 PUMS Honours Wike with Academic Building for his Contributions